Asia is the largest continent area, population and imports as well. According to Asia trade data, Asian countries accounted 38.2% value to global imports in 2018, which rose about 1% as compared to the previous year. Data available with Export Genius shows that Asian countries purchased commodities valued US$ 7,520.7 billion in the said year. Let’s have a larger view of Asian imports with key focus on top 10 importer countries in Asia.

Where Does Asia Stood in Continents by Imports in 2018?

With no doubt, Asia stood at top position in global imports in 2018, followed by Europe, North America, South America, Africa and Oceania. Countries in Asia imported goods valued US$ 7,520.7 billion. Check import values of these continents. 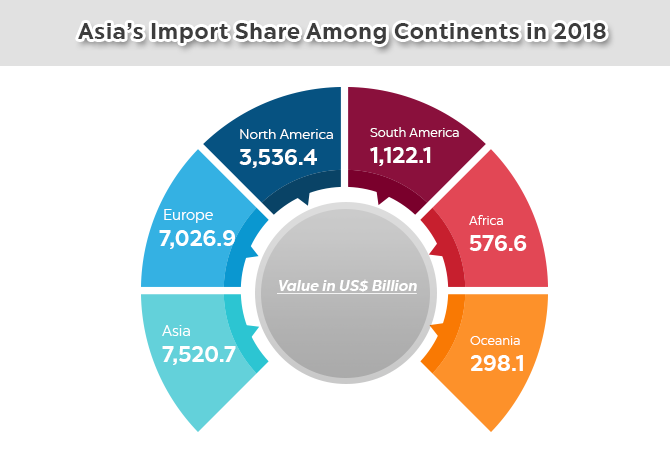 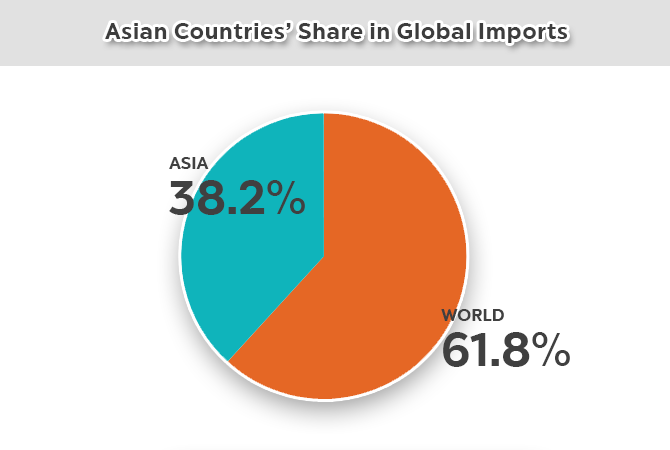