Kazakhstan’s wheat exports in 2017 valued at US$ 510 million, with Central Asia being the largest target market. As per the latest market research report and data of complete 2017 year, Kazakhstan supplied wheat maximum to Asian countries – Uzbekistan, Tajikistan and Afghanistan, with more than 85% share. The country recorded highest number of wheat shipments departed from the country via, sea, air and road in December month with 13.78% share in value. Quarterly speaking, the country did maximum wheat export business in Q4 of 2017 with 37.96% share in value. Let’s analyse this report on the basis of product, company and country from Kazakhstan export statistics of wheat recorded in 2017.

As per Export Genius HS Code List, wheat comes under HS Code 1001990000. If we look at wheat export data of Kazakhstan with actual shipments recorded in all months of 2017, the highest number of wheat shipments departed from the country in December month. Even November month also recorded shipments that were near to December. Export of wheat from Kazakhstan valued at US$ 70 million in December 2017, while it was valued at US$ 69 million in November month. Let’s have a look at share in values of wheat exports from Kazakhstan recorded in all months of 2017. 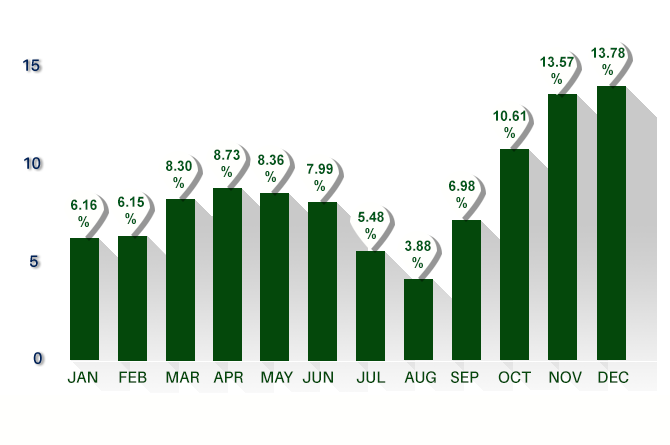 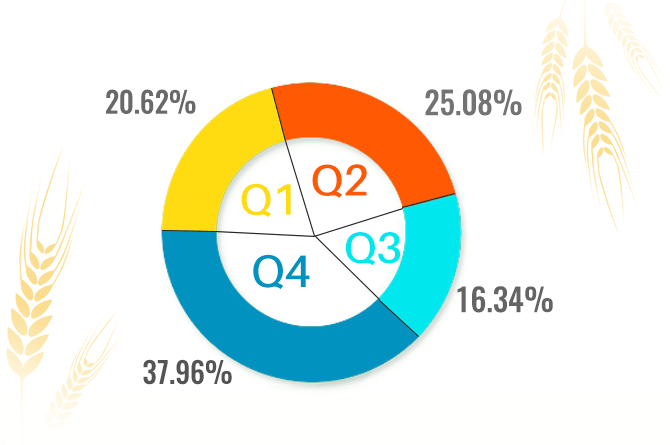 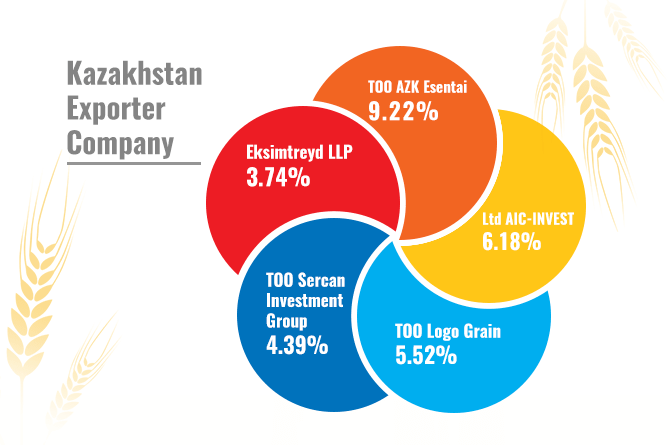 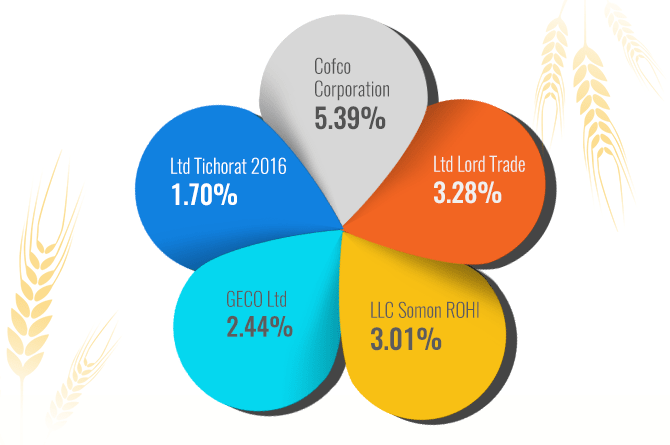 So, if you want to buy Kazakhstan export data of wheat with customs-based details, just look at the sample given below first to know format of data. After this, buy the data at very competitive prices.

Kazakhstan’s largest markets of wheat are mainly in Central Asia – Uzbekistan, Tajikistan and Afghanistan. Kazakhstan has well-established relationship with markets of these countries, which together account for more than 85% of its wheat exports. China and Turkey are also in the list of top 5 countries importing wheat from Kazakhstan. Let’s have a look at top 5 countries that imported wheat from Kazakhstan with their share in values recorded in 2017. 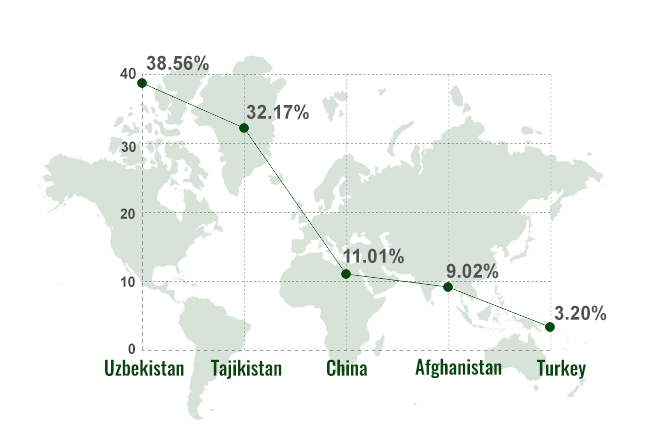 What You Gain from Our Market Research Report & Data?

·         Do proper market analysis of wheat exports from Kazakhstan.

Ranking 12th in the world wheat production and 6th in the exports among global wheat export countries, Kazakhstan has a major role on ensuring the food safety of the counties in its region as those regional countries such as Uzbekistan, Tajikistan, Afghanistan and Kyrgyzstan depend on Kazakhstan to meet needs of their wheat and wheat flour with varying amounts.