India is the largest producer, as well as traditionally the largest importer of pulses in the world to ensure steady supply of the protein-rich diet to its citizens. Pulses, which come under HS Code 0713, are annual leguminous crops yielding between 1 and 12 grains or seeds of variable shape, size and colour within a pod, which is used for both food and feed. Madhya Pradesh, Maharashtra, Rajasthan, Uttar Pradesh and Karnataka are the largest pulses growing states in India. As per Export Genius business intelligence report on pulses import in India 2017, the country purchased pulses worth USD 2696 million in this year.

Varieties of Pulses in India

Besides serving as an important source of protein for a large portion of the global population, pulses contribute to the healthy soils and climate change mitigation through their nitrogen-fixing properties. Here are major pulses grown and consumed in India:

The Government of India’s National Agricultural Cooperative Marketing Federation of India (NAFED) and Small Farmers Agri Consortium (SFAC) provides Minimum Support Price (MSP) to the farmers for making sure that they get reasonable price of their pulses.

Among countries of pulses production worldwide, India is the largest producer pulses. It is also the top importer of pulses, as it purchases pulses from other countries to meet consumption of its citizens. During Jan-Dec 2017, India’s imports of pulses valued at USD 2696 million, which shared 22.8% among world’s top importers of pulses. 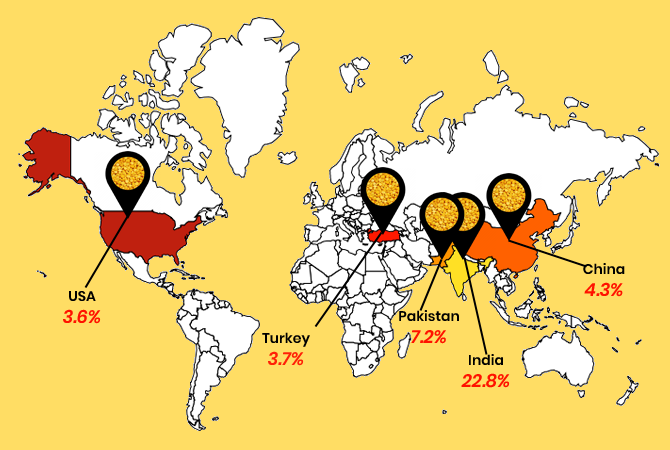 Recently, the government of India has tightened norms for the import of pulses in order to make sure that its domestic prices don’t fall below the minimum support price. According to a notification of the Directorate General of Foreign Trade (DGFT), the government has also introduced a quota system only for millers and refiners for the import of urad, moong and tur pulses. To avail this quota, dal millers have to submit their applications between 15 and 25 May 2018. It also said that the allocation of quota for each beneficiary will be notified on June 1 and millers have to complete their imports by August 31. This policy will benefit Indian farmers as the import quota has been reduced this year compared to the previous year.

Importers of pulses in India imported tur pulse as it was much cheaper in the global market compared to the domestic market. More than 4.04 lakh tonnes of tur pulse were purchased during April-November 2017 as against the cap of 2 lakh tonnes imposed by the government for financial year 2017-18. In order to check imports of pulses in India, the government has asked dal millers to inform them of their imports of pulses on a weekly basis. Recently, it has imposed import cap on split and milled dal as well. It has also fixed the quantity of 1.5 lakh tonnes each of urad and moong dal along with 2 lakh tonnes of tur dal. 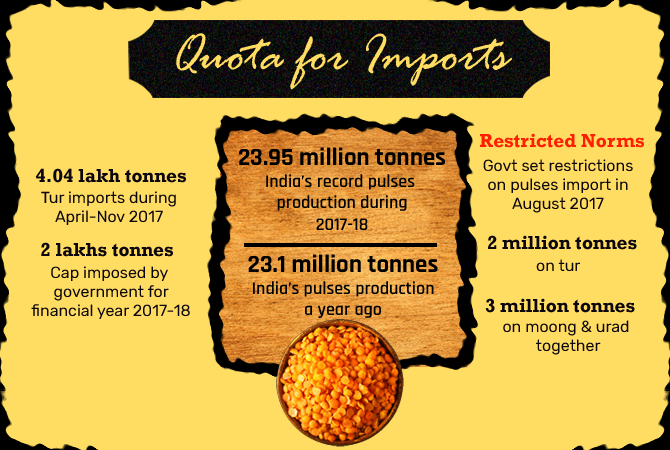 India Imports of Pulses from Top 5 Countries in 2017 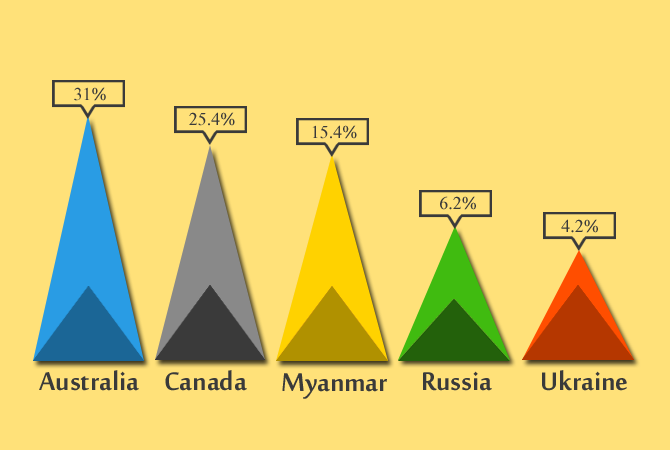 Members of the World Trade Organization (WTO) including the US, Japan, European Union, Australia and Canada have raised concern over India’s quantitative restrictions on import of pulses. This issue came up in 20th April 2018 meeting of the committee on import licensing at the WTO with countries alleging that quantitative restrictions by India on import of pulses distort global prices and put the future of farmers across many countries in peril.

India Pulses and Grains Association (IPGA) is the apex body of India’s pulses and grains industry and trade. Based in Mumbai, it is registered under Section 8 of the Companies Act 2013 with more than 270 members including various regional associations of the pulses industry. The association has plans to reach over 10,000 stakeholders in India involved in the farming, processing, warehousing and import business of pulses across the entire value chain. Since 2011, IPGA has been in discussion with the Agriculture as well as the Consumer Affairs Ministries for making the following amendments in the policies:

·         Including Pulses in the Public Distribution System.

·   Ensuring that pulses are traded at the MSP. In case there is any drop of the trading price, Government Agencies like NAFED need to step in and buy the produce at the MSP.

IPGA works closely with governments at various levels including Central Government, State Government and other authorities to assist in evolving dynamic policies to boost pulses industry.