Let’s get an outlook on India imports of gold and silver from South Korea and other countries.

India Imports of Gold and Silver from South Korea 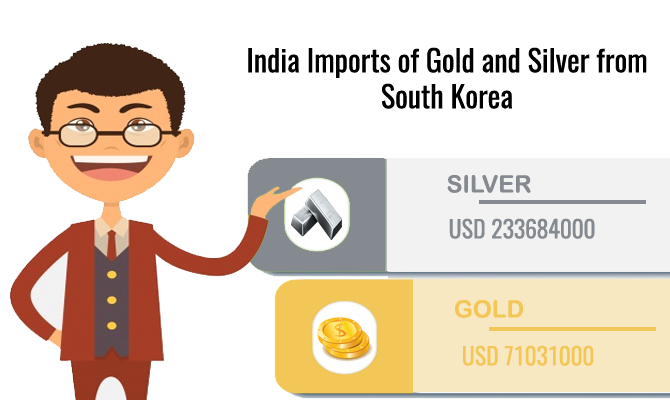 As Indian government has imposed restrictions on some gold and silver items of Chapter 71 importing from South Korea in order to tackle sudden rise in inbound shipments of precious metals; let’s have a look on India import statistics of these items. 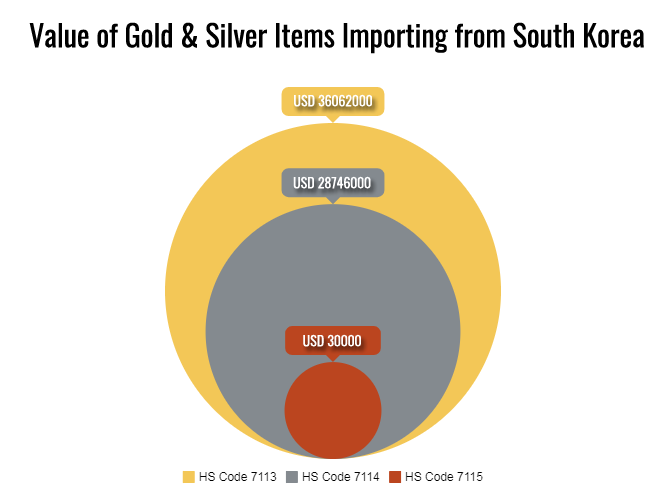 Under free trade agreement between India and South Korea, Basic Customs Duty (BCD) on gold and silver was eliminated. However, after implantation of new tax policy in India, 12.5% countervailing duty on gold and silver imports has been subsumed in the Goods and Services Tax (GST). So, from now imports on chapter 71 attract only 3% integrated GST. Imports of gold and silver from non-FTA countries attract 10% customs duty. India is the world’s 2nd largest consumer of gold and silver after China. For more on how to calculate customs duty on gold in India, import duty on silver bars in India and import duty on silver in India; click on Indian Customs Duty on Gold and Silver.

Since 2010, import export business between India and South Korea has been on a free trade agreement. Officially, it is known as Comprehensive Economic Partnership Agreement (CEPA), which provides better access for the Indian service industry in South Korea. Services include in the field of legal, finance, engineering and information technology. This agreement has eased restrictions on foreign direct investments between the two countries.

Gold and silver items under chapter 71 recorded as the 2nd largest imports of India during 2016. According to a report on import of precious metals in India, import value of all products including pearls, precious stones, precious metals, coins, clad, etc. fall in this chapter recorded USD 48129744000 in the last year, which declined from 2015 value of USD 59632900000. India gold imports data shows that gold stood as the largest importing product under chapter 71 in 2016, while silver was the 4th largest importing item in this chapter. So, value of gold imports in India was the highest in this year. Here is India import statistics of gold and silver and other top items of chapter 71 recorded in 2016. 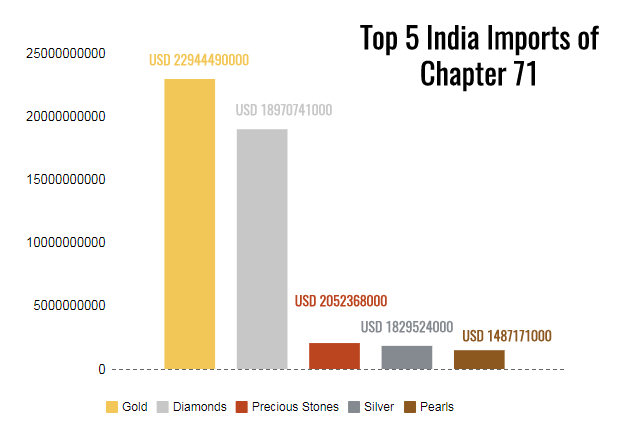 If we see global trade statistics of HS Code 7113, 7114, 7115 and 7118 import into India, which are now restricted from South Korea due to continuous flow of unbound shipments; we found that India imported articles of Jewelry under HS Code 7113 the most in 2016. Let’s have a look on India import value of these HS Codes from global countries recorded in the last year.

Top 5 Countries from which India Imports Gold and Silver

Imports of gold in India were highest from Switzerland in 2016. Its share in value stood at 56.7%. As per gold import data of India, United Arab Emirates and United States of America stood at 2nd and 3rd position respectively as exporter country of gold to India. Find gold import statistics of India on top 5 exporter countries right below. 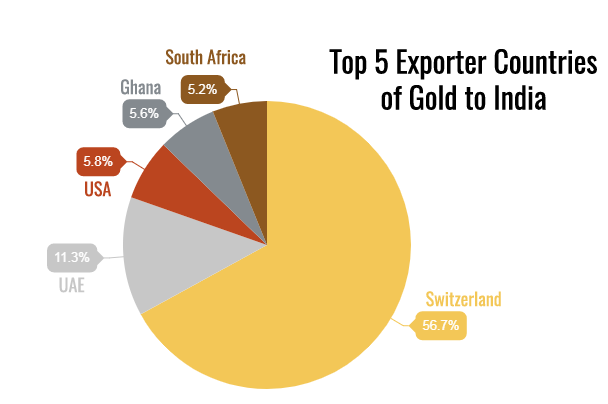 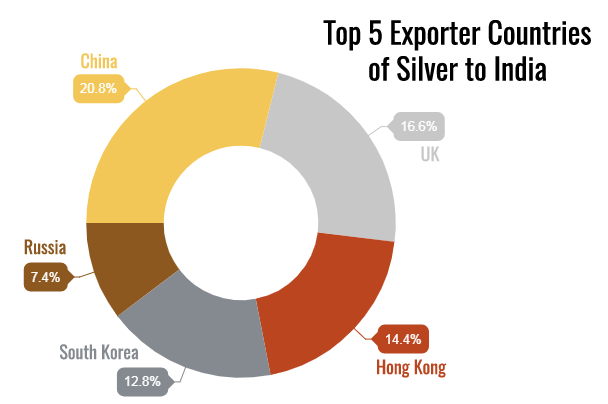 How to Get India Import Data of Gold & Silver?

·         Who is importing gold/silver in India and from which country?

·         At which Indian port, shipments of gold and silver mostly arrive?