Russia and Kazakhstan both are the members of CIS (Commonwealth of Independent States). They are also founding members of the Shanghai Cooperation Organization and are part of the Euro Atlantic Partnership Council. After launching European Union, both countries have been sparing by swapping trade restrictions and disagreeing over a single currency. The run-down of the Russian currency (Ruble) has flooded Kazakhstan with cheap Russian goods. Kazakhstan has attempted to balance ties between both sides by allowing heavy investment from Russian industries.

The bilateral trade of these two countries have been declined after the year 2014. In 2013, they crossed USD 22 billion that recorded highest trade value in last years. Here is the table representing Kazakhstan Russia Import Export Statistics of last five years. 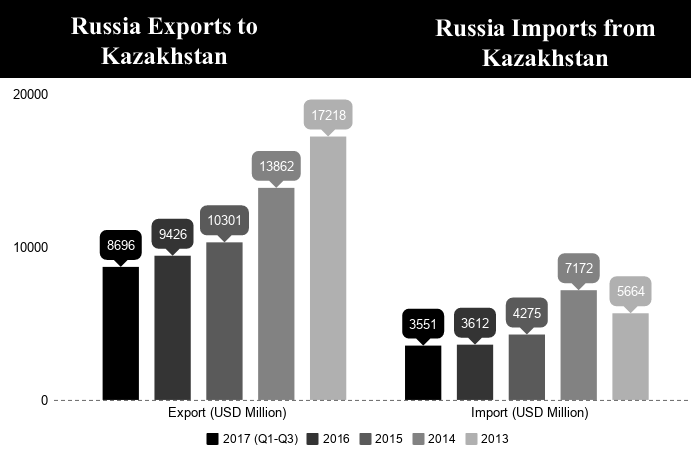 We at cistradedata.com providing the import export data of CIS countries including Kazakhstan, Russia, Ukraine and Uzbekistan. You can search the import export data online of any particular product in these countries. We also provide customized report as per client’s requirement. Get the report on Russia Kazakhstan bilateral trade and get familiar with their markets.

Russia Exports to Kazakhstan in 2017

Petroleum oil and oils obtained from bituminous minerals excluding crude registered as Russia’s most exported product to Kazakhstan and worth USD 782 million during Q1-Q3 2017. Check the following table to know the export figures of top products. 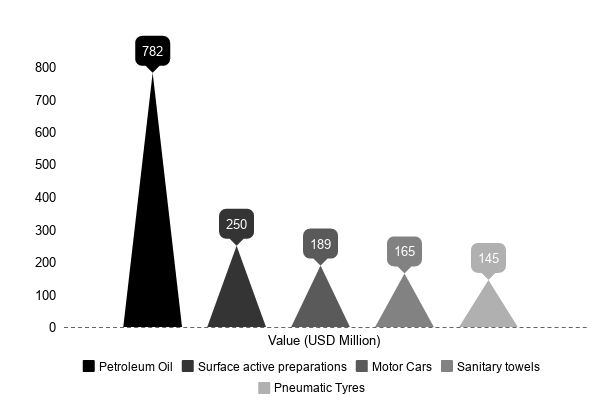 Russia Imports from Kazakhstan in 2017 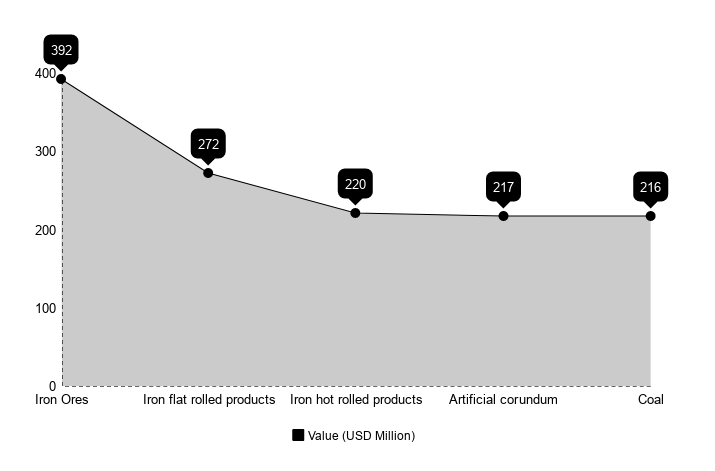 Subscribe to get bilateral trade report of Russia and Kazakhstan and get the list of importers and exporters of these countries. Let’s highlights the facts that you will gain in our report.