Vietnam is the third largest shrimp exporter in the world after India and Ecuador. Vietnam shrimp exports worth USD 1849 million in 2017 which accounted for 10.2% value of the global exports for this product. In import-export business, shrimp is classified under HS Code 030617. Japan is the biggest export market for Vietnamese shrimp, followed by USA and South Korea. Vietnam is the world’s leading producer of black tiger shrimp with a production of 3 million tons per year while whiteleg shrimp has been cultivated in the different countryside since 2008.

The research report released by Export Genius will provide statistics and information on Vietnam shrimp export and analyzing the export performance to its markets during current and past years. Our report is updated on monthly basis and having historical data since 2010. We track all the shipments departs from land, air and sea ports. Let’s take a look at the data segments that you will find in our report.

·         The global buyers will get the list of trusted shrimp suppliers in Vietnam.

·         Vietnamese suppliers will get genuine buyers in the global market.

·         Know the trading of biggest export markets of the Vietnamese shrimp.

·         Check the price and exported quantity of Vietnamese shrimp. 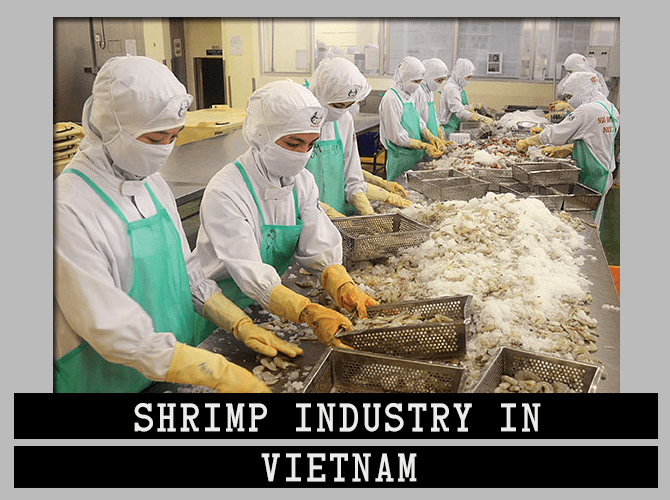 As per the Vietnam Association of Seafood Exporters and Producers (VASEP), the foreign markets still have a lot of imported shrimp and reduced their demands for Vietnamese shrimp. A shrimp farmer recently sold his harvest at USD 3 per kilogram which is the lowest price in last 10 years.  Vietnamese shrimp exporters have begun to sign large orders so shrimp prices are expected to increase again this year. There would not be excess supply in the market in upcoming months because other shrimp exporting & producing countries such as India, Bangladesh and Thailand have over harvested.

The shrimp sector has many favourable conditions with the government’s higher attention including opening of material production centres and solutions on supplying raw material. The shrimp industry will actively produce varieties of black tiger shrimp and white leg shrimp to meet the requirement of market demand.

According to Vietnam export data, the country no growth in exported value between 2013 and 2017.  However, it has recorded 13% of growth by value in shrimp exports during 2016-17. Refer the below table to check Vietnam shrimp export statistics of last five years. 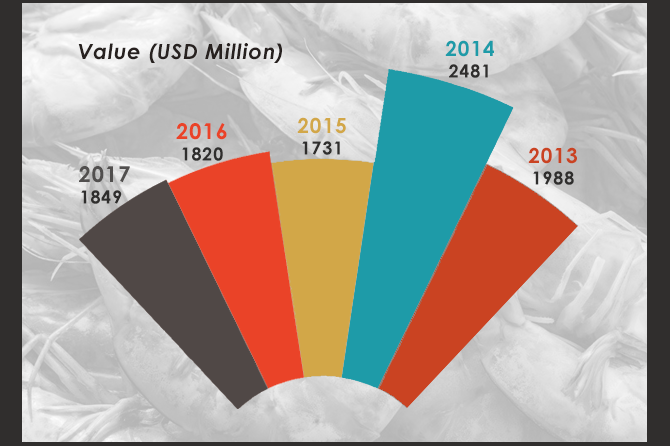 Vietnam has a good reputation for value-added shrimp products. Vietnamese exporters can increase shipments of processed products to increase revenues by targeting less-covered markets like China. Our report comprising hundreds of exporters name with their contact details. Some of them are given below.

As per Vietnam Trade Data, Vietnamese exporters have supplied shrimp to more than 70 countries around the world in 2017. Japan, United States and South Korea are its top export destinations and together they recorded 53% value of the total shrimp exports. Vietnam shrimp export to Japan stood at USD 431.23 million which accounted for 23.3% share value during 2017. Vietnam exports to Japan have been declined by 3% of value between 2013 and 2017. However, it is recovered during 2016-17.

The United States is the second largest shrimp export market of Vietnam which recorded USD 313.66 million in 2017 which represented 17% of Vietnam’s exports. Check the following table to know the value and share value of top 10 shrimp export partners of Vietnam during 2017. 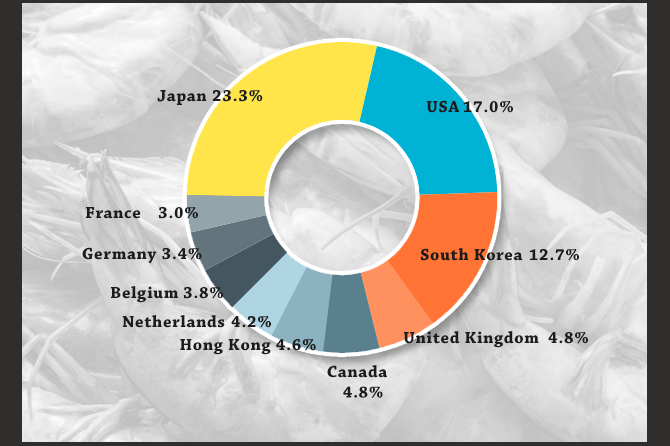 How to get Vietnam Shrimp Export Data?

Export Genius provides the Vietnam shrimp export data based on actual shipment records. It consists of accurate information about Vietnam exports and helps in doing more research and come up with better conclusions. It is a market research source for analyzing Vietnam’s exporting activities with comprehensive data fields. Let’s check a sample of shrimp export data and take a fair idea about major data fields that we cover in our report.

Contact Us to get the complete report on Vietnam shrimp exports or fill up a quick enquiry form on our website and our sales representative will fulfil your requirement.