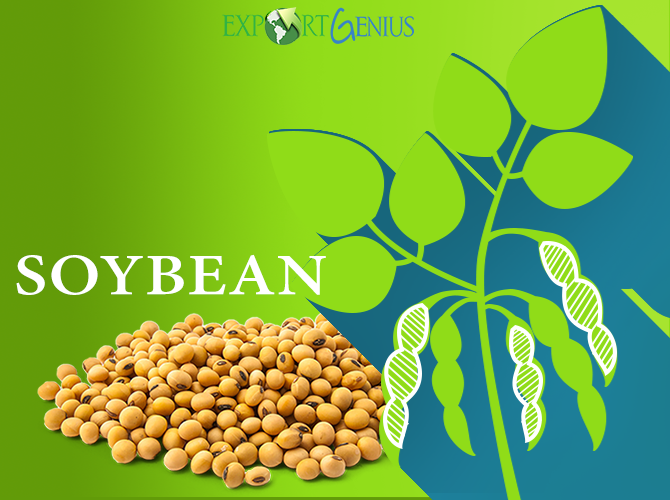 As the year 2018 is all set to say goodbye, the only crucial issue that went through global economies was trade war between the United States and China. And there is perhaps no sign of relief in 2019 year as well, according to market research experts. Both the countries are engaged into trade war as each country continues to dispute tariffs placed on commodities traded between them. However, in the end of year, good news came that China imported soybeans from the United States for the first time since US-China trade war, as per China soybean import statistics. Soybean, which comes under HS Code 1201, is one of the largest traded commodities between both the countries. According to Export Genius market research data, China purchases more than 60% of US soybean. Let’s have a market watch of US soybean exports to China with soybean export data recorded in 2018 and the previous years.

China is back in the market as it imported soybeans from the United States on 12th  December 2018. But the recent purchase represents just a fraction of sales. American farmers have lost since the Trump administration embarked on a trade war with Beijing in July this year.

Chinese state-owned companies purchased at least 500,000 tons of U.S. soybeans. It was the first major purchase since U.S. President Donald Trump and his Chinese counterpart Xi Jinping met in early December. China is the largest buyer of U.S. soy, but has purchased little since Beijing slapped steep tariffs on U.S. shipments on July 6 in retaliation for duties on Chinese commodities.

US Exports Soybeans to China during Jan-Oct 2018

According to US trade with China statistics, US soybean exports to China have plummeted in 2018, amid the escalating trade tensions between the world's two largest economies. As of the latest market intelligence data available from January to October 2018, the total US exports of soybean to China declined substantially to USD 3093 million as compared to 2017's USD 12253 million. Let's take a quick look at US exports to China with trade figures between Jan-Oct 2018. 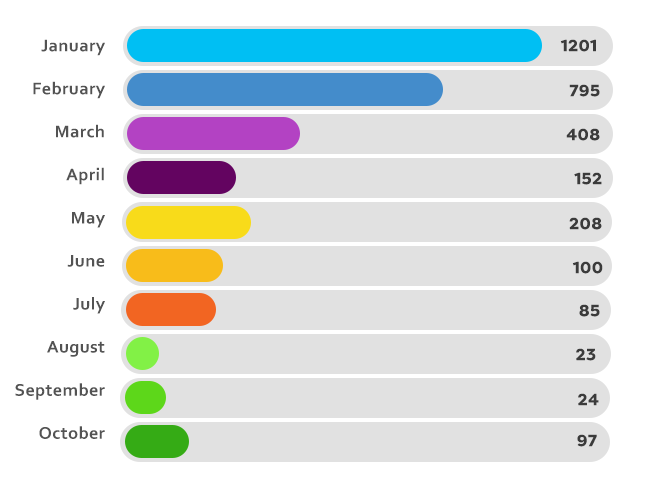 China placed 25% on US soybeans on 6th  July 2018, which added about $ 85 metric ton (about 37 bushels) to the cost. In September this year, the Trump Administration announced a 10% tariff, eventually rising to 25% was placed on additional $ 200 billion world of Chinese imports.

US Exports Soybeans to the World during Jan-Oct 2018

US export soybeans to the world amounted to USD 13935 million During January and October 2018. In the first month of the year, the country Recorded The Highest export value of soybeans and Then The figures started Declining due to trade entire the US and China. As we know about 60% of country's total soybean exports shipped to China, the goal went to trade dispute, the figures went down sharply as China started coming from the US from December only. Here is US export performance of soybeans recorded during Jan-Oct 2018. 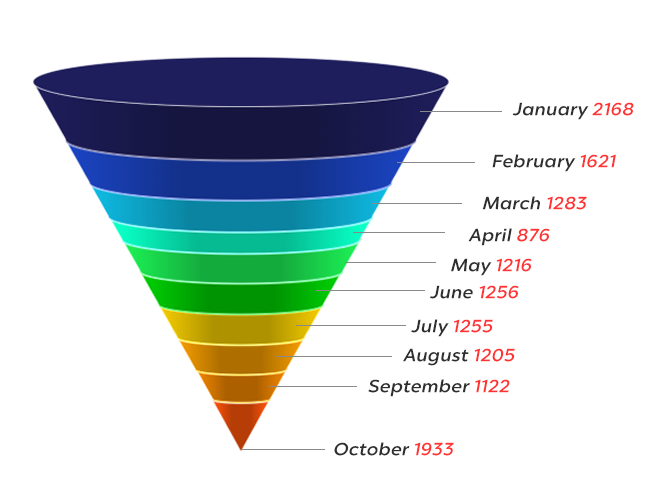 The United States' largest export destination of soybeans is China, which contributed more than 50% of total exports in the last years. However, due to trade dispute between the countries, which started in the early 2018 and China taxed trade rates on soybean imports from the country, US soybeans exports fell drastically to both China and the world in whole year. 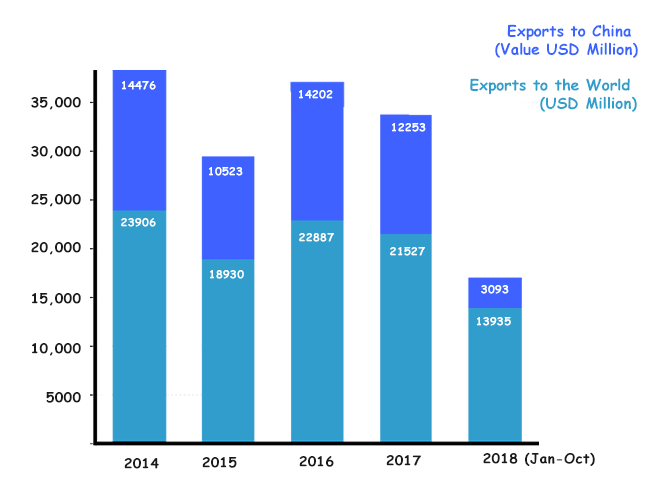 Top 5 Import Countries of US Soybeans

The United States exports more than 50% soybean shipments to China. It is followed by Mexico, Japan, Indonesia and Netherlands. US soybean exports to China accounted for USD 12253 million in 2017, which declined to USD 97 million in 2018 (Jan-Oct 2018) due to ongoing trade between countries on higher tariffs. Let's take a look at the top 5 countries of US soybeans with their shares in 2017. 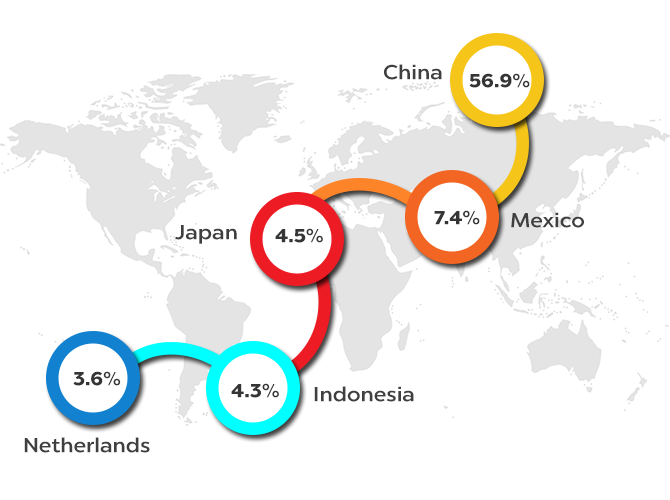 So, if you want to get complete picture of US exports to China and other countries, you need to buy US exports of soybeans with market research report. For your reference, a sample is given that you will be covered by the data.

In terms of US soybean production, the country is one of the world's largest countries. If US China trade war 2018 continues in year 2019 and China imports of US soybeans fall, China may look for other alternatives:

·         Reduce soybean meal in livestock rations and use more corn in meals.

·         Import more soybeans from Argentina, Brazil and other countries.

About the US Soybean Export Council (USSEC)

The United States Soybean Export Council (USSEC) is a dynamic partnership of key stakeholders, serving as a producer of soybean producers, commodity shippers, allied agribusinesses and agricultural organizations. Through its international network of foreign offices, activities are likely to be created and maintained by US soybeans and soybean products.

Our business intelligence report contains comprehensive information on soybean exports from the United States with detailed columns. Except HS code, foreign company and value, every other field is covered in data that helps in import-export business. Product description, US export, port & country destination, quantity, departure and weight are some of the major ones. So, what are you waiting for? Buy this report now and analyze US soybeans exports to China 2018 and other countries.

To buy our market research report and data, e-mail us at info@exportgenius.in .

For any media related inquiries, please contact us at press@exportgenius.in .