The United States is the second largest soybean exporter in the world after Brazil. US exports of soybeans crossed USD 21 billion in 2017 and China is its main export market which received more than half of the US shipments. The top soybean growing states in the USA are Illinois, Lowa, Minnesota, Nebraska, North Dakota, Indiana, Missouri etc. Illinois topped the list as the biggest state with over 610 million bushels produced in 2017. The soybeans are classified under HS Code 1201. The country exports this product in two categories like not broken soybeans and soybean seeds for sowing. Let’s take a look at the detailed analysis of soybean exports from the United States.

US Soybean Export Statistics by Year

The analytical report released by Export Genius showed that soybean export from USA to the world worth USD 21.65 billion in 2017 and accounted for 37.2% of the world’s exports. The country has recorded a growth in the exported quantity of soybeans between 2013 and 2017. According to the soybean export data, the exports have been decreased by 5% of value during 2016-17. However, the country has maintained its export sales during last five years. Refer the below table to check the USA soybean export statistics. 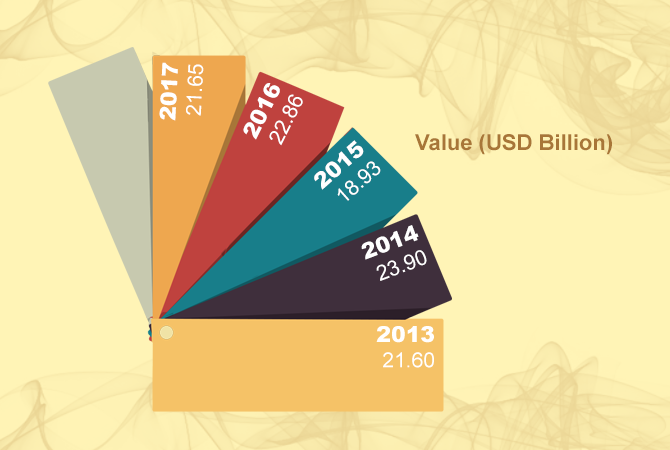 US Soybean exports to the global countries

Soybean market report shows that the United States is exporting soybeans to more than 60 countries across the world including China, Mexico, Netherlands, Japan, Indonesia, Taipei, Thailand, Pakistan and Bangladesh.

China is the largest export market for USA as 57.1% value of the soybean departed to China only in 2017. China purchase from USA declined by 13% of value during 2016-17. Due to US-China trade war, China’s demand for Brazilian soybean rises and China has announced 25% tariffs on a range of US products scheduled to take effect from July 2018. As per the media reports, Brazil, world’s top soybean exporter, will also import the oilseed from the USA this year to satisfy the demand from local processor.

Mexico stood as the second largest export destination for US soybean export and worth USD 1601 million which represented 7.4% of the total value in 2017. US soybean exports have been increased to Mexico and recorded 9% of growth in exported quantity between 2013 and 2017. To know the export values of top five countries, check the table below. 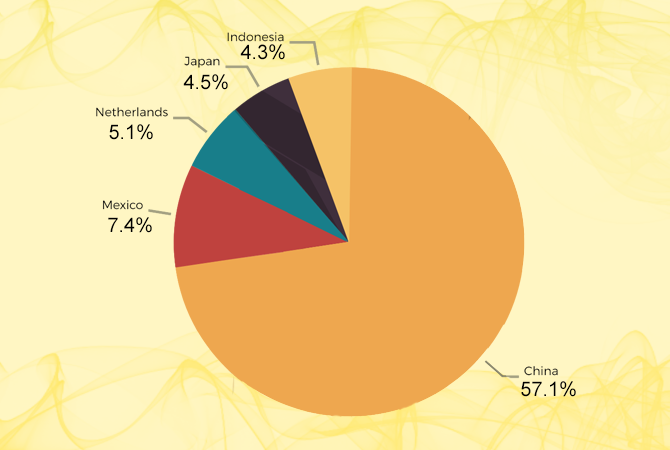 Here is the list of some genuine soybean suppliers in the United States.

US Soybean Production in Last 10 Years

According to US soybean export report, roughly 4.29 billion bushels of soybean were produced in the country during 2016 and around 31.9 million metric tons of soybeans were exported to China during the same year. Check US soybean production statistics in the given table below. 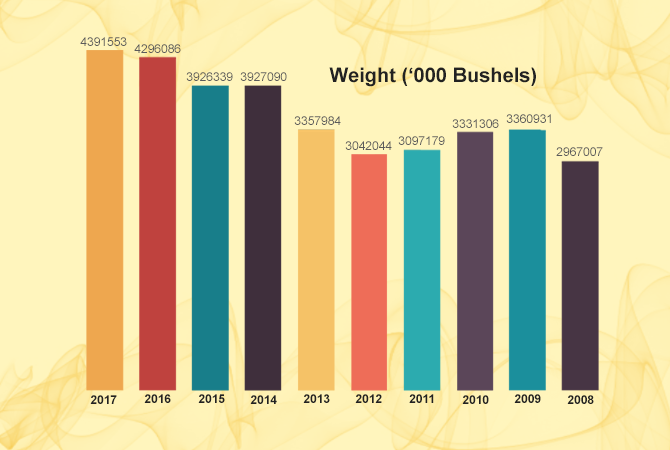 Soybeans are among the major agricultural crop planted in the United States after Corn. Soybeans are generally planted in May and June and the soybean plant flowers occurs in the month of July and August. The harvesting begins in September and is largely completed by November.

The American soybean export promotion council  expand international markets for USA soybeans and products which are made possible through association’s investment of funding provided by foreign agricultural service. It provides the majority of funding for international marketing program for US soybean producers. Its work is critical for soybean producer profitability because the equivalent of every other row of soybeans produced in the USA is exported as whole soybeans and exported as soybean meal and soybean oil.

How to get USA Soybean Export Report?

We at Export Genius has released an analytical report on US soybean exports based on actual shipment records which is analysed on the basis of types, HS Code, value, quantity, export markets and much more. For reference, check the sample given below.

The above data sample gives a fair idea about major data fields that we cover in our report. Subscribe to US soybean export data and find the updated list of active exporters and global buyers.

To buy our market research report and data, email us at info@exportgenius.in