Ukraine exports of corn valued at US$ 2966 million in 2017, which rose marginally from 2016’s US$ 2637 million. The country did maximum export business of corns in first quarter of 2017 with 37.13% share in value. As per corn export data, Ukraine supplied corns mostly to Netherlands in the given year with 14.68% share in value. Let’s analyse Ukraine export market of corn with 2017 trade scenario.

As per the HS Code List Corn, which comes under HS Code 1005900000, and it is among top export commodities of Ukraine. Among top corn exporters in the world, Ukraine stood at 4th position in 2017, after United States, Brazil and Argentina. Ukraine export data of corn covers comprehensive information about country’s trading activities. Our market research report on corn/maize exports from Vietnam 2017 can be analysed on the basis of – 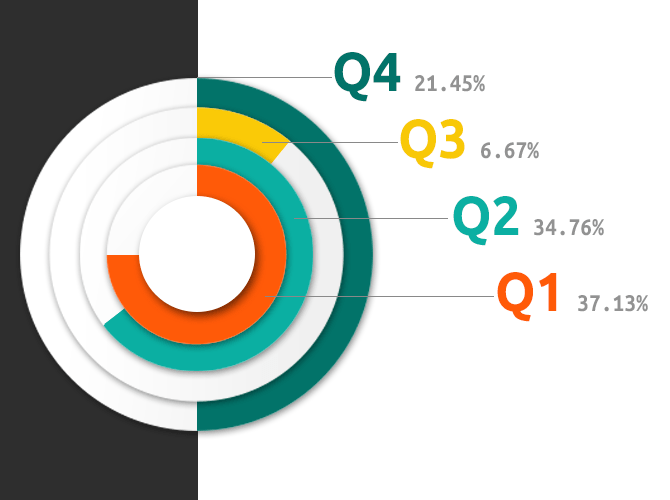 Month-wise speaking, Ukraine recorded maximum export volume of corn in March of 2017. As corn is a crop, so there is a fluctuation in its production and export value throughout the year. June, July, August, September, October and November months registered lowest export value of corn. Let’s understand this Ukraine trade scenario of maize from the chart and table given below. 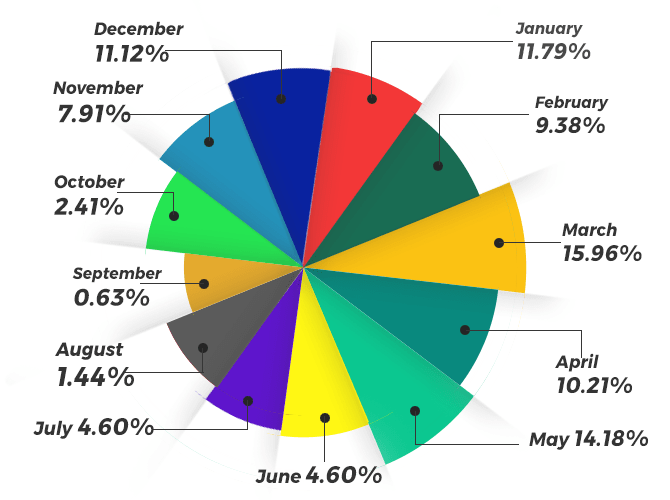 Our market research report shows that since 2013, the country has been experiencing a shortfall in exports of corn. However, year 2017 recorded a slight rise in the value from the previous year. Let’s have a look at a chart and table below to have a better market analysis of corn exports from Ukraine in the last 5 years. 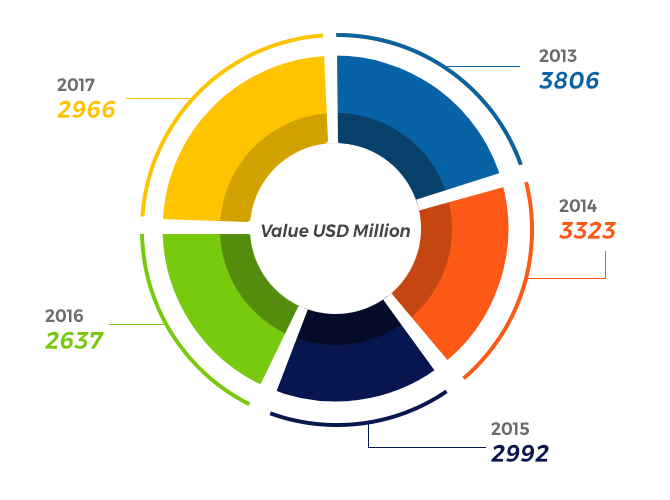 According to our market intelligence report, Ltd, Nibulon stood as the largest corn supplier of Ukraine in 2017, capturing 8.23% Ukraine market of maize. It was followed by Open Kernel-Trade and PAT State Food-Grain Corporation Ukraine. Here is corn market share of Ukraine companies recorded in 2017. 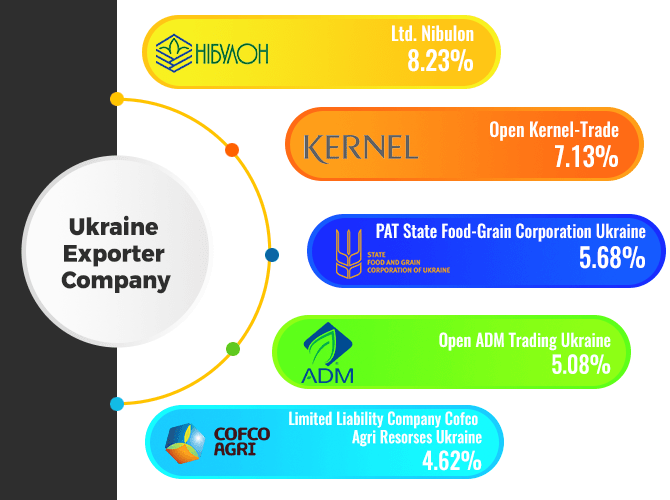 Our maize export data of Ukraine is beneficial for foreign importer companies to find their genuine business partner and know corn export price in Ukraine. We also help logistics companies and financial institutions to approach largest Ukraine exporters of corn for providing financial products and services. Our market research report also caters data requirements of other industries also. So, no matter you belong to which field, our data and report will fulfil your data requirements with 100% customer satisfaction and data authentication guarantee. Here is a sample on Ukraine exports corn given below for your reference to know which columns are covered in the data.

As per our latest market research report based on 2017 Ukraine export statistics of corn, Ukraine supplied corn mostly to Netherlands with 14.68% share in value, followed by Egypt, Spain and China. Netherlands purchased Ukrainian maize worth US$ 435 million in 2017. It exported total 2787086827 kilograms of corn from Ukraine in the said year. Let’s check out 10 largest importer countries of Ukraine corn with their share in values recorded in 2017 from the chart and table given below. 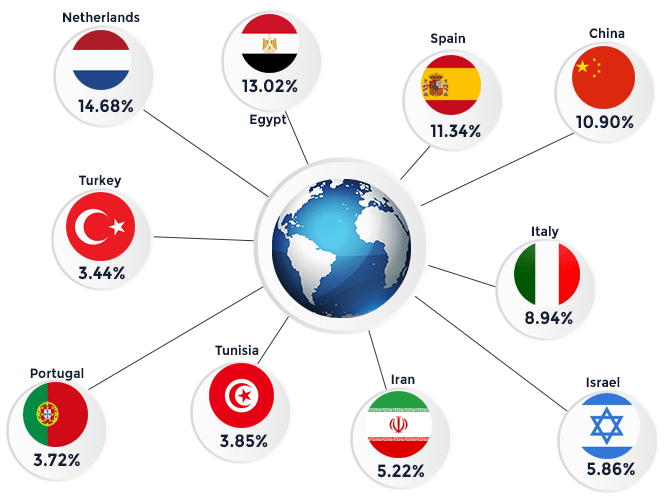 According to media reports, Ukraine’s maize harvest may hit a new record this year and sales to China could rise by 10% in this year due to the trade war between Washington and Beijing. China has accused the United States of America of triggering the “largest-scale trade war” with an increase in import duties, potentially giving a further boost to already booming grain and oilseed exports from the Black Sea region.

Let’s wait for complete 2018 Ukraine statistics of corn that will help in analysing how trade war between the United States and China benefited Ukraine to export corns to Beijing. Meanwhile, follow up our market research report on Ukraine corn exports for having better market analysis.

For any media related enquiries, please contact us at press@exportgenius.in.
Is this article helpful. Share with others!