Shipments of Johnnie Walker brand were arrived the most at Nhava Sheva Sea port in Q2 of 2017. It was followed by Black Dog and Ricard. Here are three largest alcoholic drinks brands imported via this Indian port. 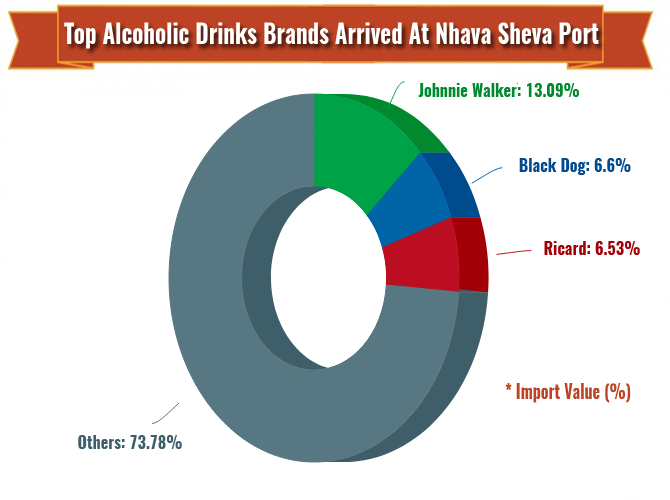 Tuglakabad ICD, which is located in New Delhi, was 2nd largest port where shipments of alcoholic drinks entered during Q2 of 2017. India import statistics of alcoholic beverages shows that this port did total import business of USD 17105819 in the said period. Its share in value recorded 27.66%. Here are import values of three months in which alcoholic drinks imported into this port.


Which was the largest alcoholic drink brand whose shipments were the most at India’s Tuglakabad ICD port? It was Chivas Regal, which recorded maximum shipments valued USD 691352 at this port. It was followed by The Glenlivet and Jack Daniels. Let’s have a look on the overall import figures of these three alcoholic drinks brands imported via Tuglakabad ICD port of India. 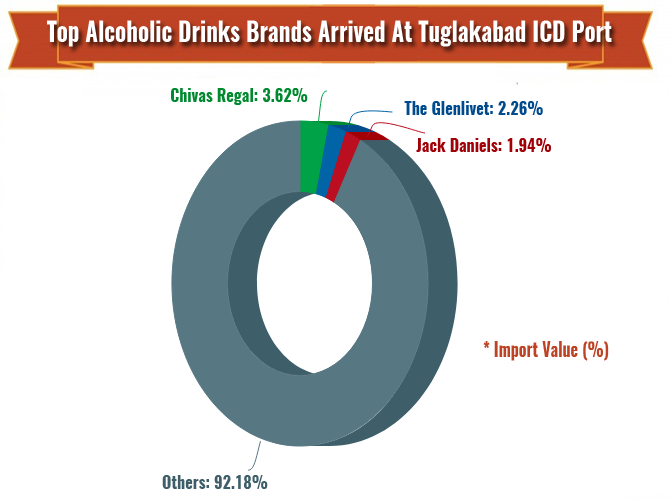 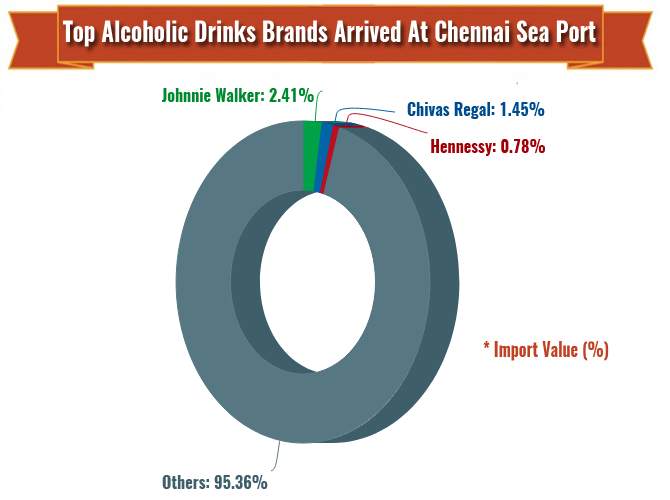