India is 4th largest exporter of tea in the world after China, Sri Lanka and Kenya. Northeast India (like Assam) and north Bengal (like Darjeeling District) are the main tea growing regions of the country. Darjeeling tea cannot be grown or manufactured anywhere else in the world. India is one of the largest tea consuming countries as three-fourth of the country’s total production is consumed domestically. Assam and West Bengal are the top tea producing states in India while Iran is the biggest tea export market for India.

India exports of tea to the world worth USD 658 million in the year 2017. Tea, whether or not flavored classified under HS Code 0902. Indian tea industry has recorded constant global sales since 2012 and no raise in tea export sales recorded. Tea production in India is 27% of the world tea production.

A report on tea export from India 2017 released by Export Genius have been analysed on the basis of monthly sales, HS Code wise, types of tea, exporting companies, exporter states, export partners and Indian ports. Let’s take a comprehensive look at tea export report of India.

The second half of the year 2017 recorded over 60% sales of India’s total tea exports. However, the sale was low in the first half of that year. Check the following table to know the monthly values of tea export from India in 2017. 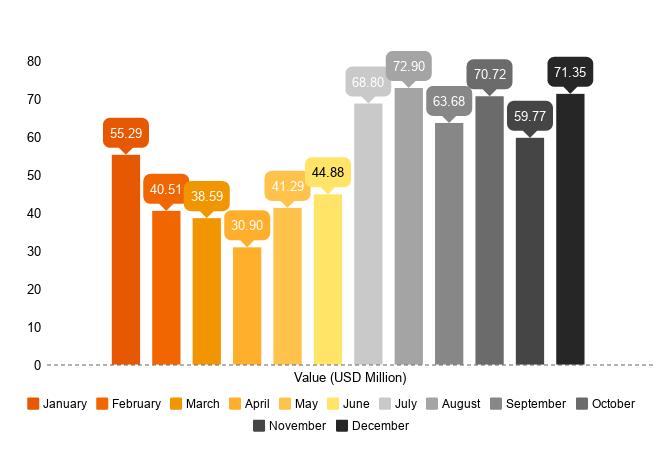 In the tea category, black tea leaf in bulk which is classified under HS Code 09024020 exported majorly to other countries and recorded highest sales i.e. 44.07% of total value. Other fermented black tea contents between 3 kg and 20 kg are classified under HS Code 09024010 second largest variety exported from India with 22.52% of value. Let’s check the HS code wise analysis of Indian tea exports. 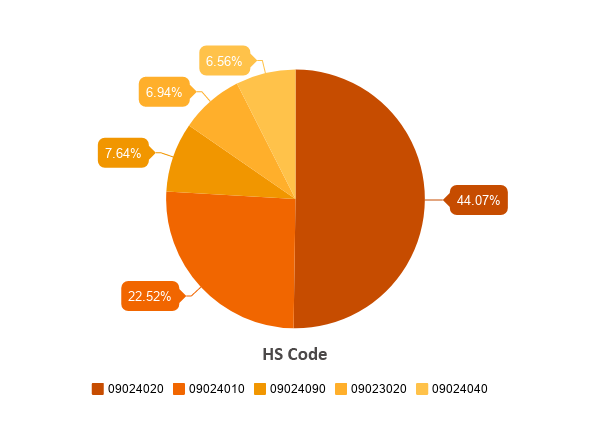 CTC and orthodox tea, in addition to green tea and organic tea, are the best quality Indian tea popular in the global market. Black tea is the most exported tea product from India to the global market. India exports of black tea stood at 80.46% of the total tea exports which is followed by regular tea and recorded 15.66% value. Green tea, herbal tea, masala tea and lemon tea are other types of tea exported majorly. People are confused between green tea and herbal that it is same or not. Green tea does not come under herbal teas as it contains some caffeine while herbal tea does not. Here are the graphical and tabular representation presenting share values of tea types exported from India in 2017. 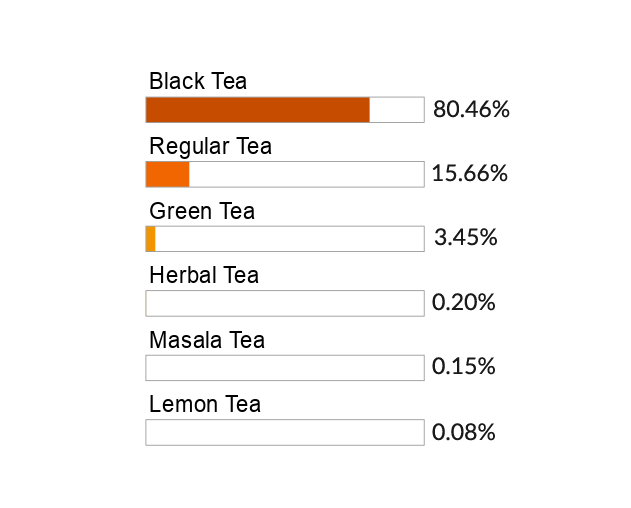 According to tea export data of India, there are more than 1000 tea suppliers in India currently supplying different types of tea to the world. SSK exports limited is one of the largest tea exporting companies in India which did 5.61% of the total sales. Here is the list of Indian tea exporters. 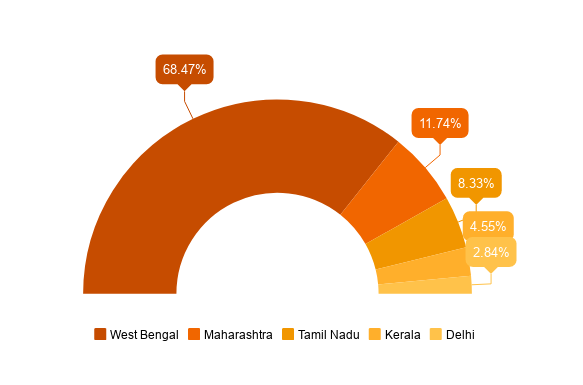 Shah Brothers and SSK exports limited are biggest companies exporting tea to Iran while Girnar food & beverages Pvt. Ltd. and Bhansali & company are the top trader for Russia. Refer the below table to check trade figures of top 10 largest tea export partners of India recorded in the year 2017. 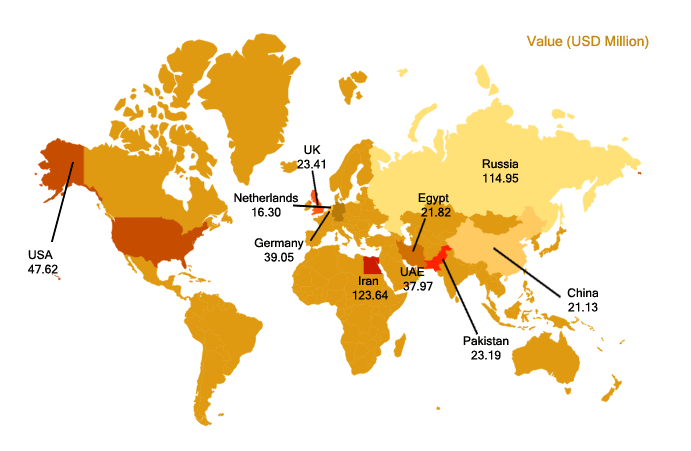 Tea shipments are departing from more than 50 ports of India. As we can say 1000 tea exporting companies are using 50 ports to supply their products. Kolkata Sea is the biggest Indian port departing maximum tea shipments and recorded 62.13% total tea export value during 2017. Cochin Sea is second biggest Indian port departed 22.03% tea of the total exports in the said year. Tuticorin Sea, Thudialur ICD and JNPT are other largest tea exporting ports of India. Check their share values recorded in 2017 as given in the table below. 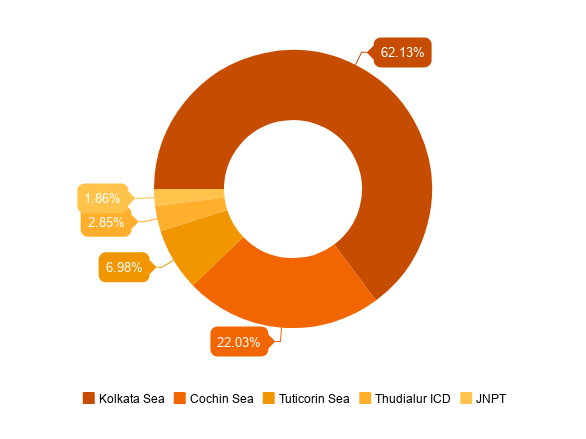 Tea Board of India

Tea board of India is a state agency of the govt. of India. It was established in the year 1953 and started functioning in April 1954. Tea Board’s headquarter is located in Kolkata with 17 offices across India. As per the estimates, there are around 1700 registered tea manufacturers and 2200 registered tea exporters in India. The board undertakes direct promotional activities including participation in international trade fairs & exhibitions, arranging buyer-seller meets and hosting trade delegations. It also undertakes various market development activities like market surveys, market analysis, tracking trading activities and helps importers & exporters to expand their business.

Here is the sample of tea export data of India including the major data fields that we have covered in trade report.

The more details like importer name, exporter name, data and shipment details will be available offline only after purchase. Let’s take a look that what will you gain from our tea export report provided by our team.

·         Know at what rate and in what quantity tea is exported to other countries.

Subscribe for tea export report of India and analyse the market trends. Take progressive decisions in your business and know the trading activities of your competitors.