The value of mobile phone exports from Singapore totaled USD 11,444 million in 2019, which rose as compared to the previous year. That dollar amount was the highest since the last 10 years. According to Singapore export data of mobile phones, Singapore shipped mobile phones the most to China, which shared 13.2% value to total exports. Get the latest updates on Singaporean export market of mobile phones right here.

Value of Singapore Mobile Phone Exports from 2010 to 2019

Singapore’s top 10 export partners of mobile phones shared 82.5% to total exports recorded in 2019. Below given chart and table shows percentage share of these countries. 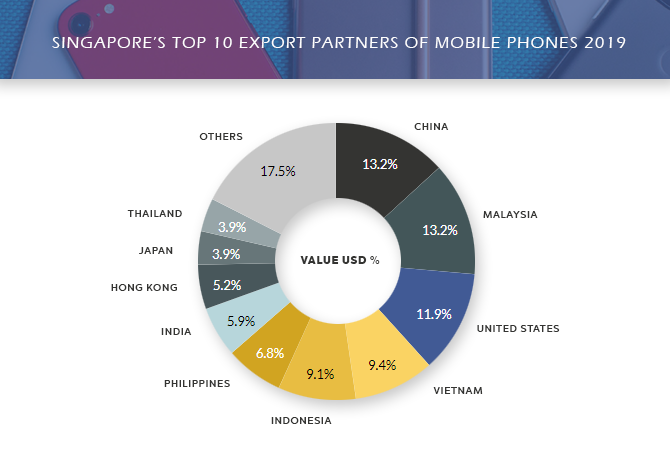 Click on Product Wise Export Data and see samples of your selected product starting with ‘F’.