India stood as the 8th largest importer of mobile phones across the world. The mobile phones are imported by India in two categories i.e. CBU (Completely Built Unit) and CKD (Completely Knocked Down). CBU means the product do not require an assembly before they can be sold out to the importers in the target country’s market. CKD is one which is imported in parts and not as one assembled unit. Such units are first sent to an assembly plant where all these parts are assembled. 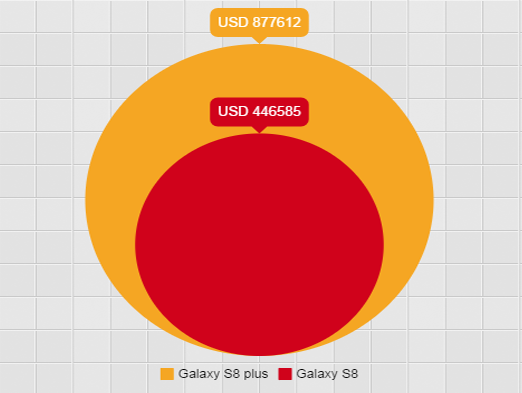 *Above stats is based on April 2017 Report

*Above stats is based on April 2017 Report

India has imported Samsung Galaxy S8 and Samsung Galaxy S8 Plus in CBU category (Completely Built Unit) from three Indian ports which are Delhi air, Bangalore Air and Hyderabad Air during April 2017. Bangalore Air is the largest port for CBU type mobile phone of Samsung galaxy S8 but for S8 plus it is not the same port. Delhi Air has imported most Galaxy S8 plus model in India during April 2017.

Delhi air is the only Indian port which has imported S8 and S8 Plus of CKD type in April 2017. India has registered import value of 899355 USD from Delhi Air.

=>     You will know that which country has exported which type of Samsung Galaxy S8 and S8+ mobile phone in India during April 2017.

=>     Which Indian port has imported only completely knocked down mobile phones from foreign countries?

=>     What is the screen size of Samsung Galaxy S8 and S8 plus which has imported most in India during April 2017?