Russia has a mixed economy with an upper-middle income group and enormous natural resources, particularly natural gas and oil. It has the 12th largest economy in the world by nominal Gross Domestic Product (GDP) and the 6th largest by Purchasing Power Parity (PPP). According to a report on Russia imports and exports released by Export Genius, Russia’s imports rose to USD 226 billion in 2017 from 2016’s USD 182 billion. It purchased machinery, electrical equipment, vehicles, pharmaceutical products and plastics the most in the last year. And Russia’s exports also increased from USD 285 billion in 2016 to USD 357 billion in 2017. It supplied mineral fuels, oils, iron & steel, natural or cultured pearls & precious stones, machinery and wood the most in the last year. Russia top trading partners are China, Germany and Belarus.

As per Russia import data, the country purchased goods maximum from China in 2017. China shared 21.2% value to Russia total imports in this year. Germany and the United States of America stood as the 2nd and 3rd largest trade partner of Russia imports. Here is Russia import statistics of country’s top 5 import partners recorded in 2017. 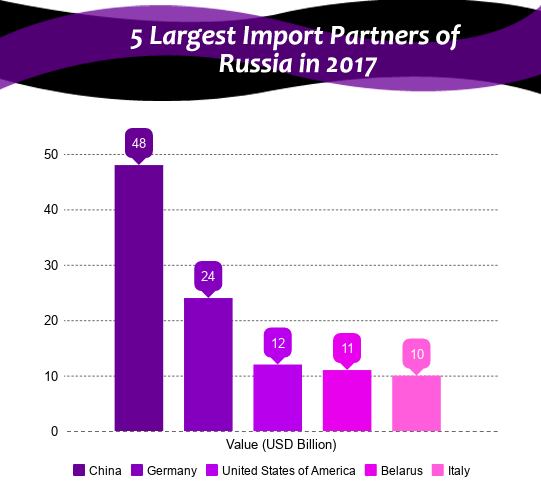 A market research report prepared from Russia export data shows that the country’s biggest export partner is China, which shared 10.9% value to Russia’s total exports during 2017. Netherlands and Germany stood at 2nd and 3rd position. Here are export statistics of Russia of country’s 5 largest export partners recorded in 2017. 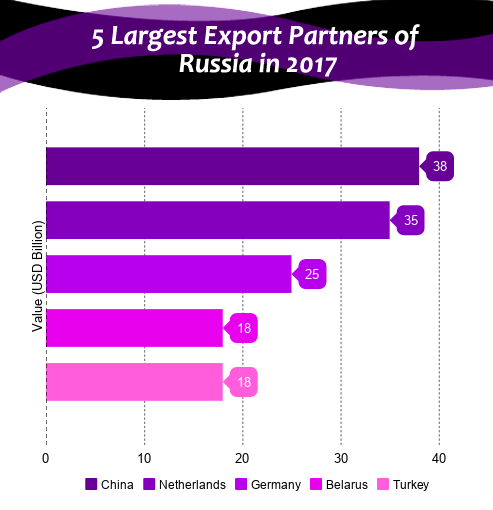 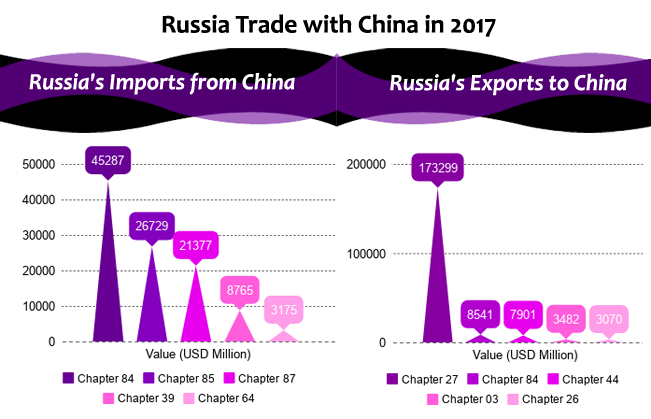 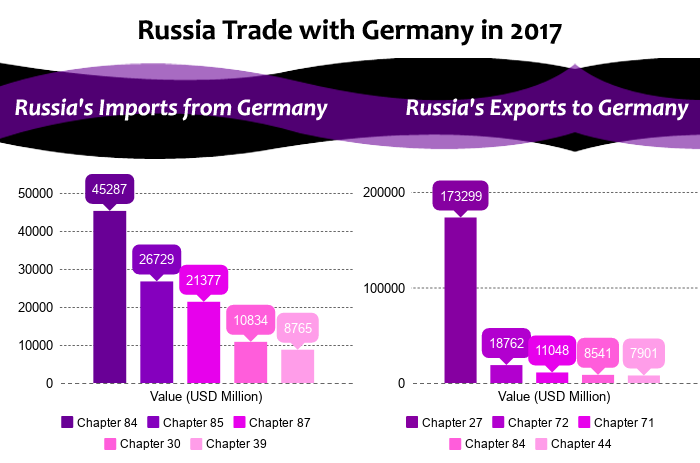 We provide Russia customs data with Russian importers directory and Russian exporters list based on customs-details that are gathered from various authentic sources. Before you buy our data, look at the Russia import sample to know major columns.