·         Switzerland imported Russian gold in May for first time since war in Ukraine began.

·         As per reports, over three tons of gold from Russia arrived in Switzerland last month.

Russia’s second-largest export partner of gold is Switzerland. The country received gold shipments worth US$417 million in 2021. Quarter-wise, Russia shipped gold worth US$327 million in Q1 of 2021, that dollar amount declined in Q2 and Q3 and rose in Q3. Due to the ongoing Russia-Ukraine war, Russia’s gold exports to Switzerland were disrupted in March 2022, so shipments were received by Switzerland in Jan and Feb months. Below given chart shows the dollar amount of Russia’s gold exports to Switzerland in Q1 of 2021 to Q1 of 2022. 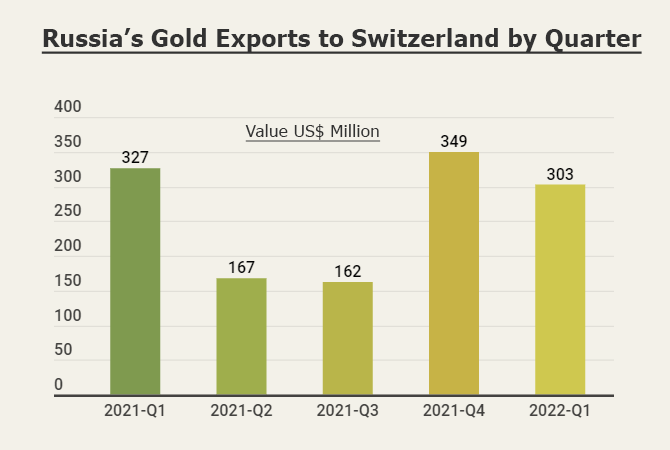 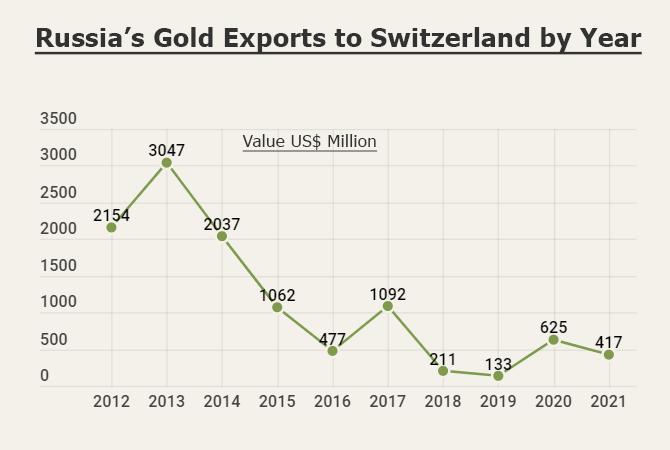 Russia’s major export shipments of gold went to the United Kingdom in 2021, followed by Switzerland. According to our database, Russia shipped gold worth US$15,392 million to the UK, accounting for more than 80% of the total value of shipments. Here’s a graphical presentation of Russia’s top 10 export partners of gold with the share in values reported in 2021. 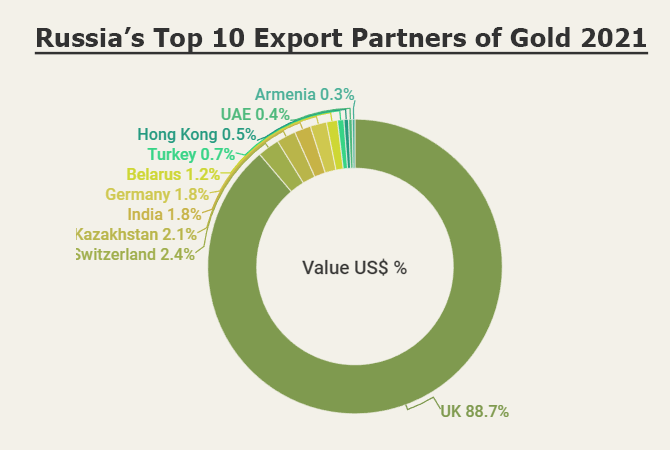 Western sanctions on Russia have not directly targeted commercial gold shipments but many banks, shippers, and refiners stopped dealing with Russian metal after the conflict in Ukraine began. As gold exports from Russia to Switzerland have started in May that will fulfill the requirements of Switzerland.