Russia and China are in close ties following the Russian invasion of Ukraine in February 2022. The cross-border bridge which spans the Amur River, connecting both countries, received an official opening through a ceremony on 10 June 2022. The Russian and Chinese governments have officially announced the strengthening of both the countries’ bilateral trade. Russia and China shared plans to grow their bilateral trade to $250 billion by the end of the year 2024. What’s the history of their relationship in trade?

In 2021, imports from China to Russia increased by 32.38% with a total import value of $72.69 billion. This value is the highest recorded in the history of the Russian-China trade in terms of Russian imports in the past decade. 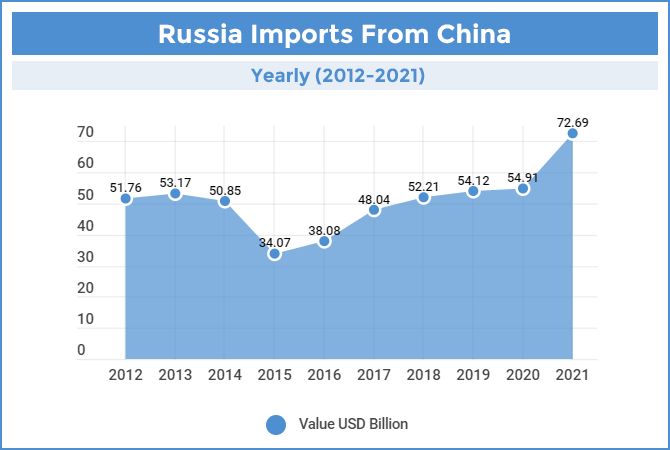 Russia exports to China in the past decade has seen an upward trend to the year 2021. As shown in the export data of Russia, the exports to China went through minor fluctuations from 2015 to 2017. Following the next two years, in 2018 and 2019, the value of exports grew. 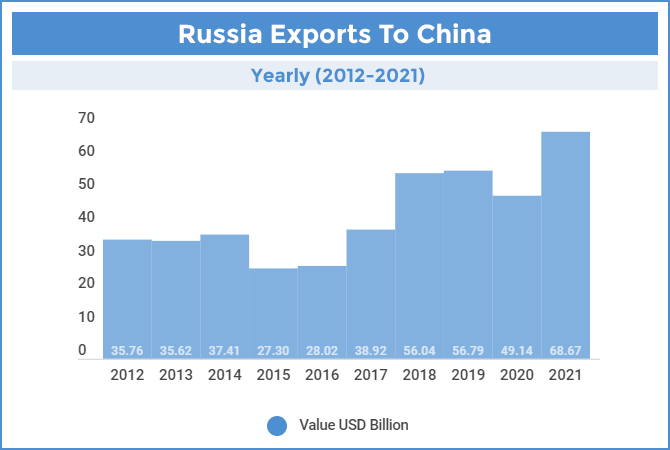 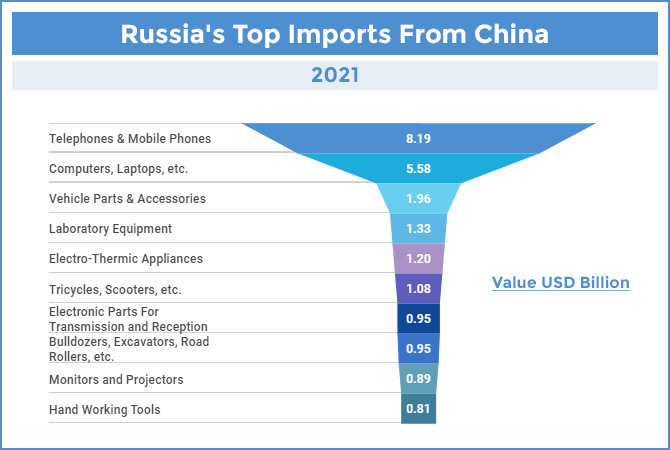 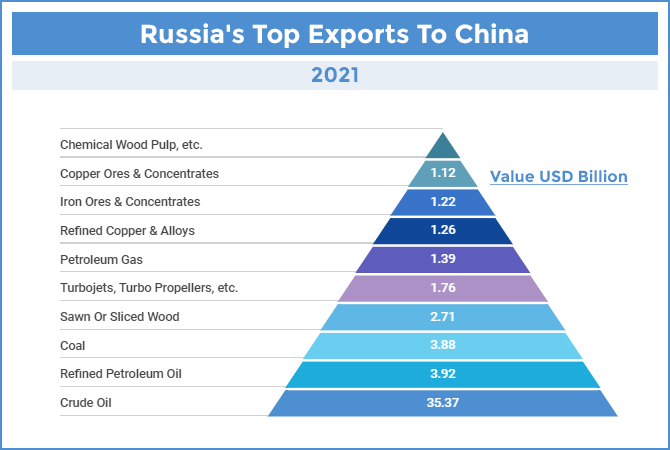 With the opening of the cross-border bridge between China and Russia, both the countries will help each other in boosting their trade. Situated in the northeast of China, the cross-border bridge links the Chinese city of Heihe to the Russian city of Blagoveshchensk. The bridge will also be providing Russia access to the Central Asian and Central European countries to trade.