In import export business, the fresh or chilled potato is classified under HS Code 0701. India exports of potato to the world worth USD 48 million in 2017 which accounted for 1.2% of the global exports for this product. Nepal is the largest export destination for Indian potato and covered approximately 45% of India’s exports of potato in the said year. India mainly exports potatoes on two varieties such as fresh or chilled potatoes and seed potatoes. Fresh potatoes accounted for more than 90% of the total exports. Also, the demand of India seed potatoes in the global market have been raised by 25% of value in last five years.

India is the second largest potato producer country in the world. The top potato growing states in India are Uttar Pradesh, West Bengal, Bihar and Gujarat. The diverse climate of India ensures availability of all varieties of vegetables. As per the media reports of Export Genius, the neighbouring country such as Pakistan has restricted import of perishables from India since November last year. As a result, it has hit export of vegetables to Pakistan and Afghanistan as well. The prices are higher in these countries and currency valuations make neighbouring destination ideal for export of potato. Let’s take a comprehensive look at the detailed analysis on a report of potato export from India in 2017.

Potato is major food crop in India and it is grown in various states of the country. It is most popular vegetable used in India and most common vegetable cooked with other vegetables. However, the potato is not only used as a home cooking vegetable and it is used for a variety of purposes. India is a major potato producer country, it consumes as the needs and exports the rest quantity.

India is exporting potato to more than 30 countries around the world. Nepal is the biggest potato export partner of India and recorded USD 21.89 million in 2017 which accounted for 44.8% of the total’s value. It has seen a decline in potato exports to Nepal by 43% of value during 2016-17. Potato export data showed a rise of 11% value between 2013 and 2017. Refer the below table to check potato export statistics of top five countries and their value recorded in 2017. 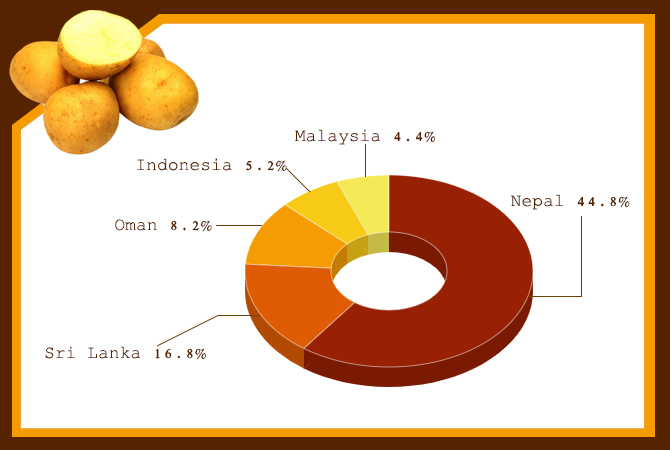 Sri Lanka is the second largest export destination for Indian potatoes. As per our data experts, potato export from India to Sri Lanka stood at USD 8.22 million which accounted for 16.8% value of total exports during the year 2017.

India has lowered the limits on potato export to Maldives that sparked reports of possible food shortages in the Maldives. The limit on potato exports has been lowered to 5,308.7 MT in 2018-19 compared with the 5,589.78 MT exported in 2017-18. 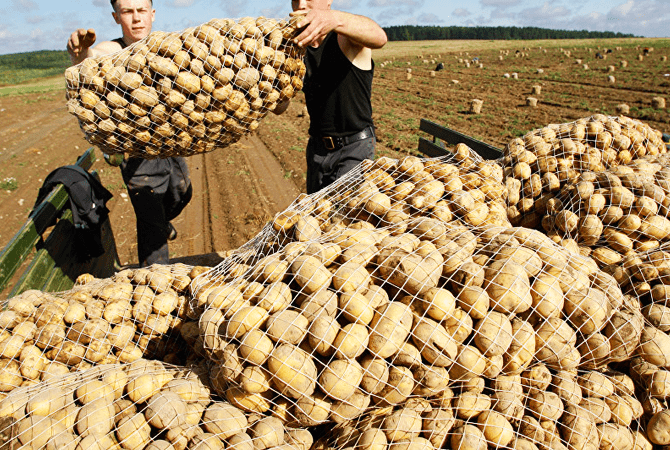 To boost the potato export from India, the government has taken a right step as potatoes is permitted for export without any minimum export price. There are hundreds of Indian exporters supplying potatoes to the foreign countries. Some of them are given below.

Subscribe to Indian potato export report released by Export Genius which is prepared by our data analysts. Let’s know the points that you will gain from our report.

·         Identify the dominating and most demanding regions in the global potato market.

·         Know the exported value and volume of Indian potatoes.

·         We customized the report to meet your requirements for business analysis.

Let’s check the sample of potato export data of India and take a fair idea about the major fields that we cover in our report.

The more details like exporter, importer and other shipments details will be available after the purchase only. Buy this report and get the complete shipment details and take progressive decisions in your business after analysing the market trends.