We are discussing top importer and exporter countries of pharmaceutical products in this article. At the below of article, you will also know how to find pharmaceuticals import export data.

Check the following table to know the top pharmaceutical exporter countries in the world. 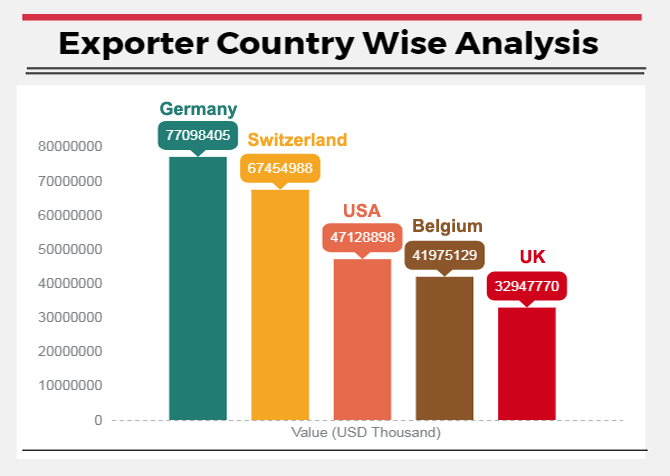 United States of America stood as 3rd largest pharmaceutical exporter country in the world. It is exporting pharmaceutical products in more than 190 countries while Belgium and Netherlands are its major market.

USA is the largest pharmaceutical importer country in the world, which recorded value of USD 92505408 thousand during the year 2016. It is followed by Germany, Belgium, UK and Switzerland. It is importing from around 90 countries across the world. USA is mainly importing pharmaceutical products from Ireland and Germany. 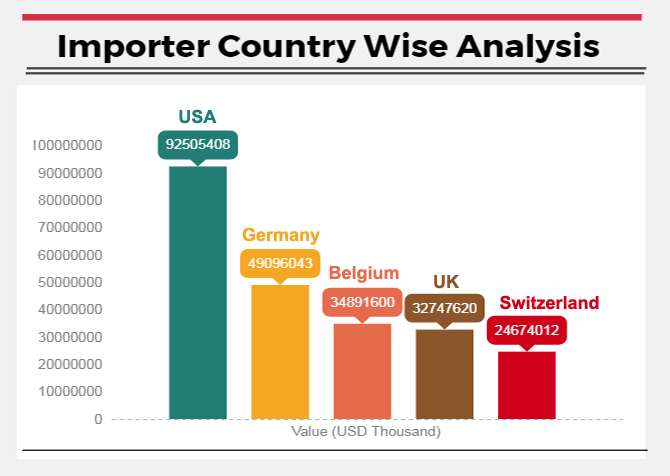 Subscribe our report to get the list of exporters or importers name, port of loading, destination country or product etc. After subscribing the report, you will be able to track the activity of your competitors.