India is the 2nd largest petroleum coke consuming country in Asia, after China. In the last few years, pet coke consumption in India has been increasing due rising demand of coke across cement and aluminium industries. And ongoing investments in industrial and commercial sector along with measures to reduce dependency on coal will embellish the growth of pet coke industry. In 2016, India imports of petroleum coke rose to USD 860851741 from 2015’s USD 678438821. This figure is likely to increase further as from January to July 2017; the country has recorded USD 738151548 import value of pet coke. Here is an overall picture of pet coke imports in India with petroleum coke import data and trade statistics.

Non-Calcined Petroleum Coke is the Largest Type Imported by India 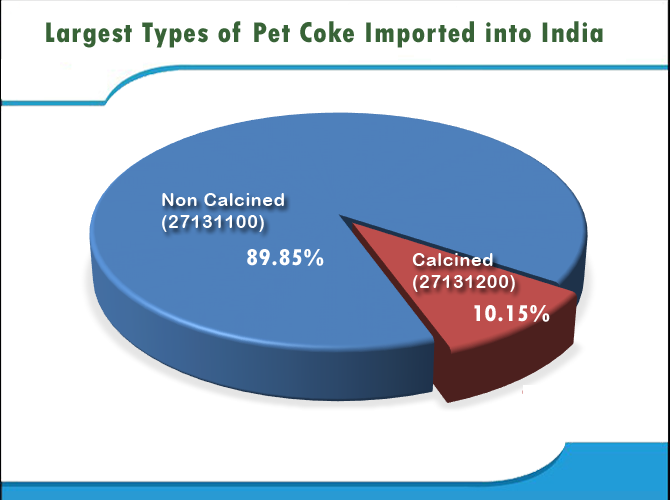 Pet coke import data India is an effective market research tool, which helps business experts to analyse India’s import market of the product. Since 2012, the country has been recording a rise in the import value on an average. 2015 and 2016 year saw a sharp rise in trade figures of the product. Here are India import statistics of petroleum coke recorded in last five years and between January and July this year. 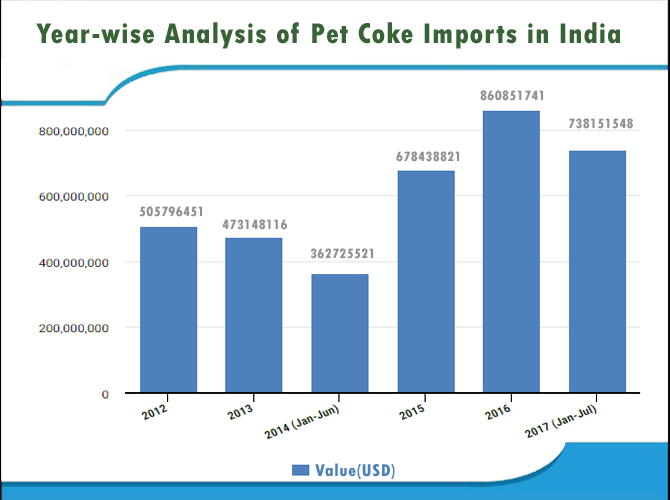 From Which Part of the World, India Imports Maximum Pet Coke?

In a study conducted on petroleum-coke import in India, the country is mostly engaged into pet coke trade with North American countries followed by Arab states and Asia & Pacific nations. Between Jan-Jul 2017, the share in value of North America, Arab states and Asia & Pacific nations recorded 50.77%, 28.22% and 14.56% respectively. For more updates, look at the chart and table below. 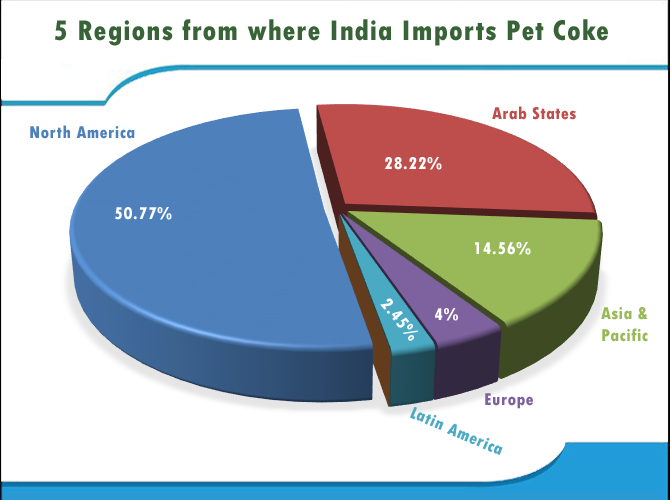 Like it is described above that India imported petroleum coke maximum from North America region from January to July 2017, United States stood as the top exporter country. It registered 44.95% share in value in this period. Saudi Arabia was the 2nd largest supplier country of petroleum coke to India. Let’s analyse pet coke trade statistics of 5 largest exporter countries to India. 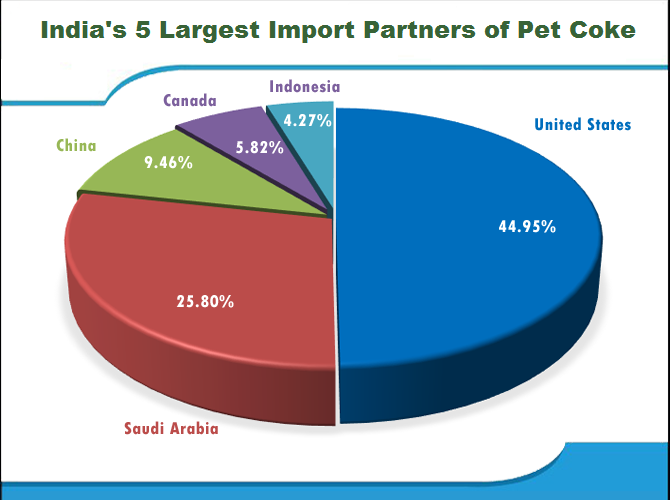 Kandla Sea Port, which is located in Gujarat state of India, received maximum shipments of petroleum coke during Jan-Jul 2017. Its share in value recorded 44.95%. Vizag Sea was the second largest Indian port, where most shipments of the product arrived in this period. However, as per India historical data of pet coke available, Vizag Sea stood as the top port in 2016, which recorded 26.06% share in value, while Kandla was the second largest port, which recorded 20.42% in the last year. Let’s wait and watch whether Kandla Sea port will maintain its position as few months to go in 2017. Meanwhile, import statistics of top 5 Indian ports where maximum shipments of petroleum coke arrived during Jan-Jul 2017 are given below. 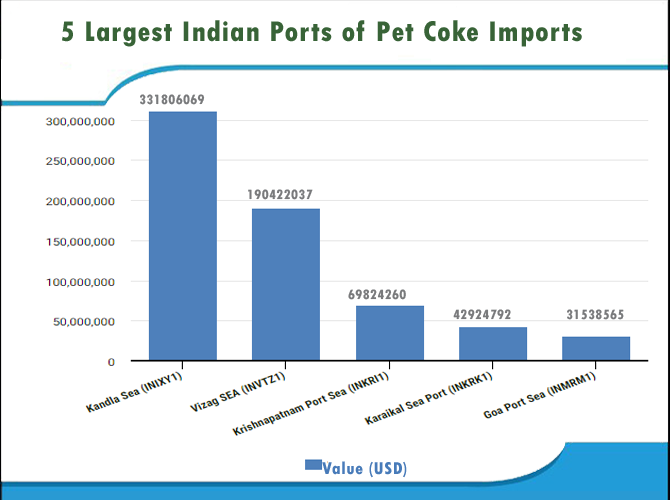 Want to export petroleum coke into India? Here are some pet coke importers in India for the reference.

How to Get Petroleum Coke Import Data of India?

For commencing business into petroleum coke industry and exporting products into India, it is necessary to buy a research-based report in which complete market is covered. We at Export Genius are the largest market research company; provide authentic pet coke import data of India with shipment records. We receive raw petroleum coke import data India from valid sources and filter information in order to produce an error-free report. To know more about us, visit at www.exportgenius.in or email us at info@exportgenius.in.

What information does this report contain?

·         What is the current market picture of petroleum coke in India?

Petroleum coke contributes majorly in cement, aluminium and iron & steel industry. To meet consumption, India imports pet coke products mostly from North American countries. It is expected that growth in demand for petroleum coke will trigger inflow of more imports into the country as the demand and supply gap is set to widen further. According to some media reports, it is believed that Government of India may put restrictions on the usage of pet coke in Delhi/NCR due to its polluting effects.