Pet Coke Imports in India from North America Increased Since 2016

Petroleum coke is a final carbon rich solid material that derives from oil refining. It is abbreviated as pet coke. It is produced in the production of synthetic crude oil from bitumen extracted from oil sands. The chemical and physical characteristics of pet coke are a function of the crude oil and refining technology used by the refinery. India is second largest pet coke consuming country in Asia after China. The demand of pet coke in India has been rising unusually during the last few years and also indicating that it will grow further. Cement, power and steel industries are the predominant consumers of pet coke.

There are two types of petroleum coke is importing in India namely non-calcined and calcined. India did import business of USD 860851741 from petroleum coke during the year 2016. In terms of quantity, it has imported 11775990 metric tonnes of pet coke during this period. India majorly imports non-calcined pet coke than calcined pet coke. Let’s go through the region wise analysis of pet coke import data of India in the given table below. 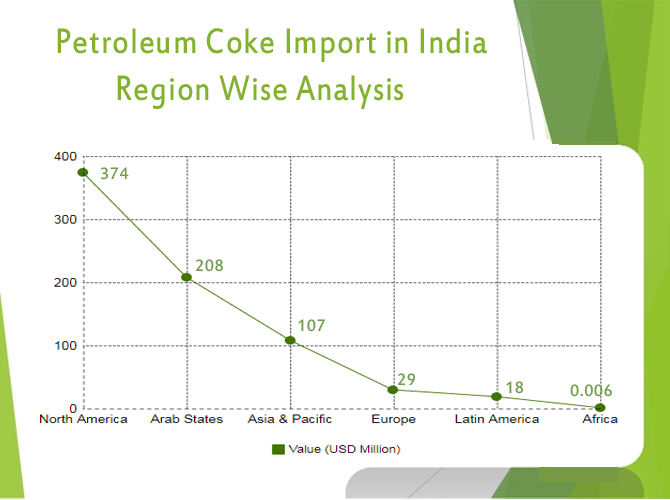 As per the last year records, the petroleum coke import value in the year 2016, year 2015, year 2014 (Jan-June), year 2013 and year 2012 recorded USD 522 million, USD 343 million, USD 211 million, USD 224 million and USD 223 million respectively. India has seen a rise in pet coke imports since 2014. The petroleum coke production in India showing a demand and supply gap. The excess consumption is clearly supplied to through imports. Go through the following table to check the India pet coke imports from North American countries like United States and Canada from January to July 2017. 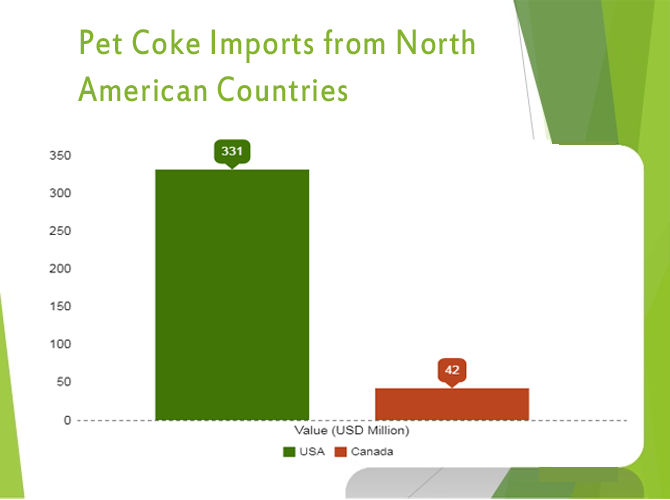 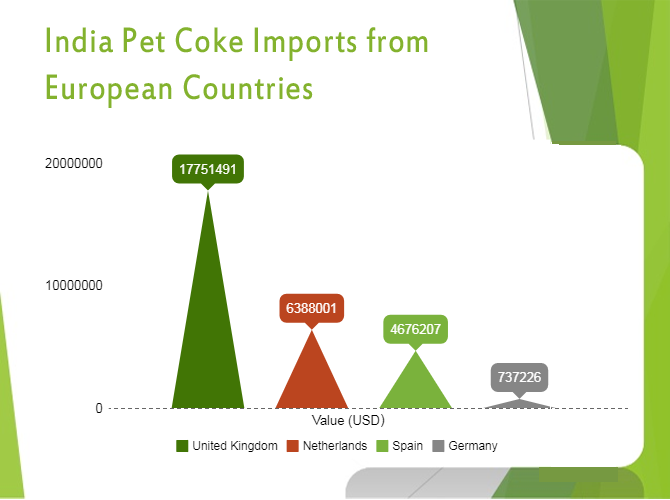 How to get Pet Coke Trade Data?