Indonesia was the world’s leading producer and exporter of palm oil in 2019, with export volume of USD 14,703 million. It shipped 29.5 million metric tons of palm oil in the said year. This was estimated to have increased in 2020, despite reduced demands in a key market, India. Together with Malaysia, they made up almost all the world’s production and exports of palm oil. Unlike Malaysia, however, which exported almost all of the palm oil it produced, Indonesia was also one of the world’s top consumers of palm oil, using it as both cooking oil and in biofuels. Palm oil production in Indonesia is concentrated on two of its five major islands – Borneo and Sumatra. 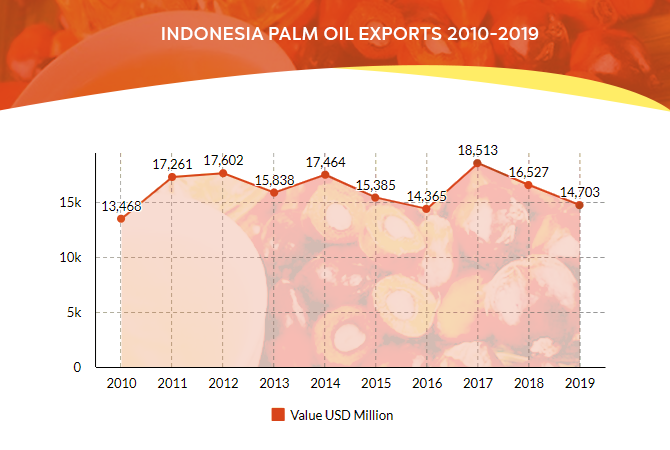 According to Indonesia export statistics of palm oil, Indonesia shipped 16,291,856 tons of palm oil to the world in 2010 and 28,261,416 tons in 2019. Below given chart and table shows quantity of palm oil exported from Indonesia in the last 10 years.

Indonesia trade data of palm oil shows that Indonesia shipped palm oil the most to China, which shared 17.9% to total exports in 2019. Indonesia’s top 10 export partners of palm oil in 2019 accounted 68.1% to overall value of shipments. Check percentage share of every country. 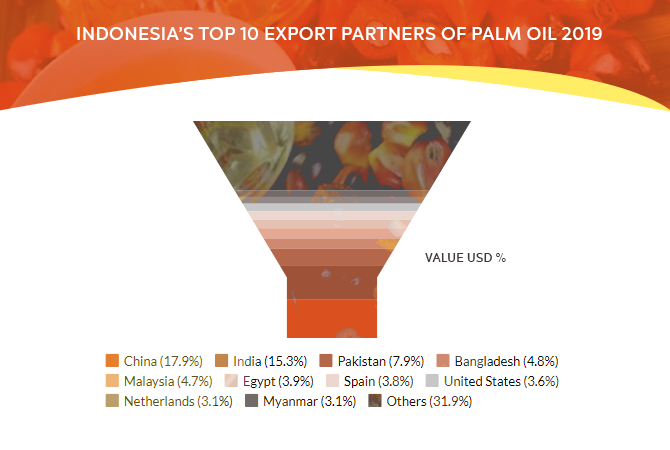 How to find exporters in Indonesia? There are many sources but market research agency, government agencies, embassies, online resources, trade promotion councils and global trade events are some of the major ones.

Check list of palm oil exporters in Indonesia below for reference. 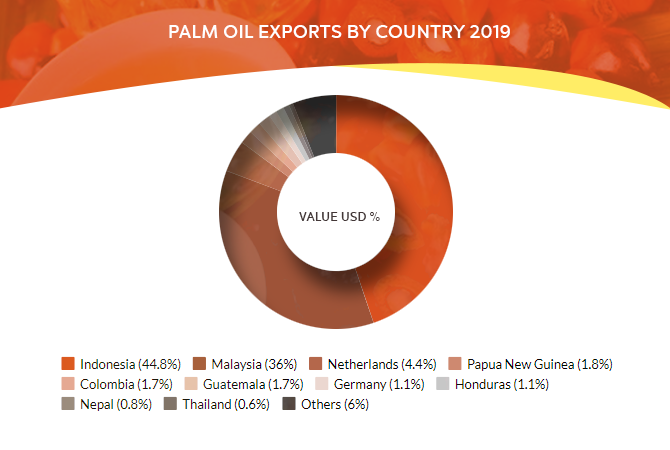 Palm oil production is land-intensive, and much of Indonesia’s rainforest had been cleared to make way for plantations. The detrimental effects of oil palm cultivation, such as deforestation and air pollution through slash-and-burn land clearing practices, have in recent years come under increased global criticism. As of 2019 only a fraction of the palm oil produced in Indonesia was certified sustainable. Get the latest updates on Indonesian export market of palm oil with Indonesia export data of palm oil right here.