With the discovery of a new coronavirus variant, Omicron, the global economy and trade flows expect to be slumped like the year 2020. Several countries have again put restrictions on travel and public transport. However, among all this, the Organization of the Petroleum Exporting Countries (OPEC) have raised the oil prices and production despite the situation.

According to the organization’s annual statistical bulletin of 2019, OPEC countries account for 79.4% of world proven oil reserves, amounting to 64.5% of oil reserves alone in the Middle East among all OPEC countries. Countries such as Venezuela, Saudi Arabia, Iran, and Iraq are one of the top countries among OPEC with the highest share of crude oil barrels.

Shown below are the approximate share values of the top 3 importing countries for crude oil in the year 2020, retrieved from Export Genius’s import-export database. India imported the highest value of crude oil in the first quarter of 2020, followed by China in all the consecutive quarters of the year 2020. Evaluate more closely the values shown below. 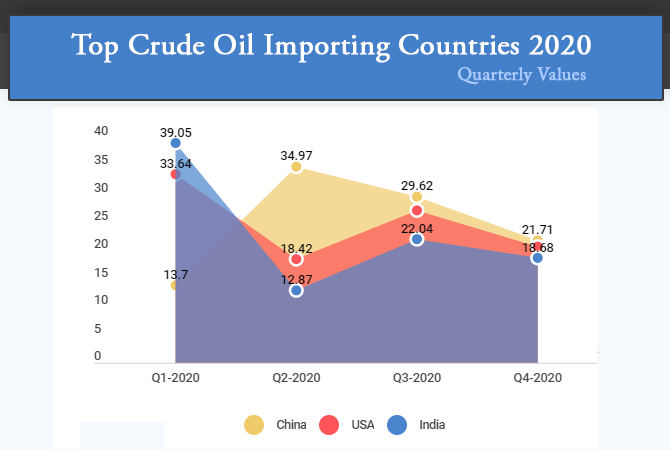 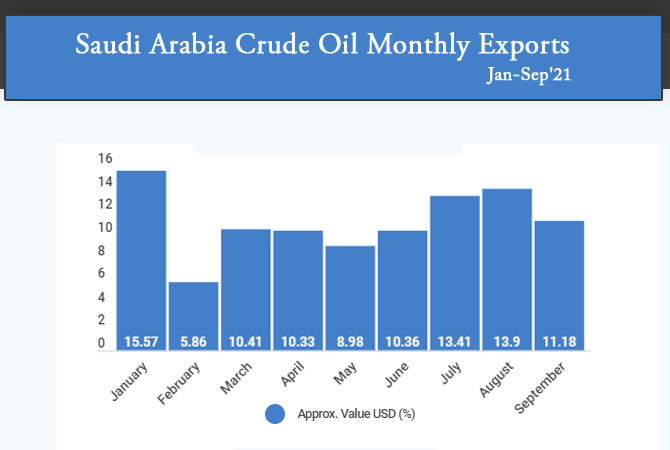 The forecast for oil demand by OPEC registered the world consumption of oil is about 99.13 million barrels per day for the initial three months of 2022 year. The increase in forecast recorded a surge by 1.1 million barrels from its previous month’s forecast by the organization.

Recent reports indicate that OPEC and Russian oil producers groups have increased their production and pushed the prices of oil higher. The authorities claim that the Omicron variant does not have such devastating effects as its predecessor variants does in the world, implying not to fall on the brink of having oil supply shortages.