Iran has started to ship the Russian goods from its port to Indian regions following the sanctions. The sanctions imposed on Russia over its invasion of Ukraine have influenced the method taking place. Exporting to India is done through the Iranian ports – Port of Anzali in northern Iran, following the transfer of cargo(es) to Bandar Abbas Port on the Persian Gulf in southern Iran. International trade statistics 2022 reveals what Russia has imported so far to India. 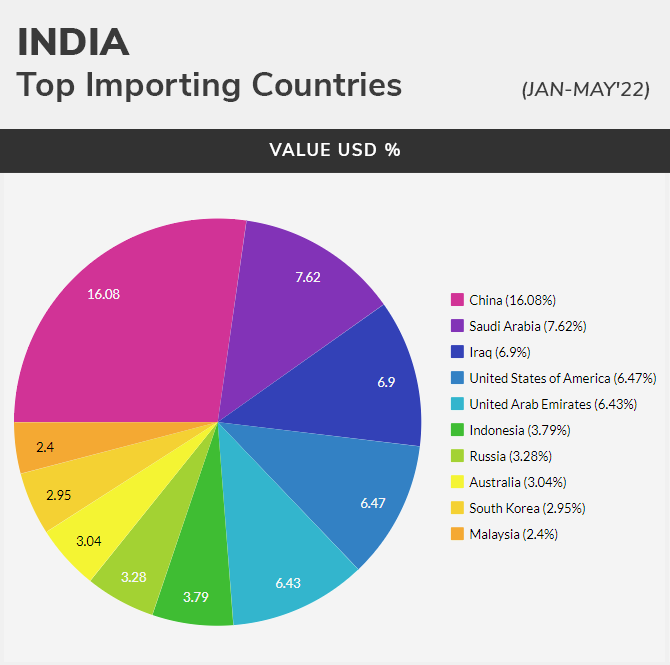 Russia Exports To India In 2022

Russia export data 2022 shown below gives insight into the latest trade trend for Russia-India bilateral trade. The imports in India from Russia amounted to $59.7 billion in January 2022. Following the month of February, the imports grew till April, and have declined in May so far.

Russia is the largest exporter to India for a number of commodities. The evaluation of commodities on the basis of a 4-digit level HS Code Classification (Heading) shows the below featured products imported in India so far from Russia.

Iran is assisting in trading the commodities from Russia to India through its ports. According to the news reports, Iranian officials are planning to manufacture a straight railway network. The new railway line allows the transfer of incoming goods at the Iranian Caspian Sea’s ports to Iran’s southeastern port of Chabahar.