In 2016, India got 14th rank in the list of largest mobile phone importer countries across the world. India has imported mobile phones with the value of 14728 Million USD during 2016. India is importing mobile phones in CBU (Completely Built Unit) and CKD (Completely Knocked Down) types. In CBU type, the mobile phone does not require any assembly before selling in the open market while CKD mobile phones imported in different components and it needs to be assembled first.

Here the question arises what you will gain from mobile phone import report of India. Let’s take a comprehensive look at the following highlights:

·         Which is the largest Indian port for Mobile phone Import?

Here, we are providing the detailed analysis of mobile import in India on the basis of Brand, Model, Exporter country, Indian Port, specifications etc. in this article.

The mobile phones of Apple brand have registered highest import value of 76.42 Million USD due to its high cost as compared to other brands in India during April 2017. It is followed by Motorola (18.70 Million USD), Itel and Huawei. Apple mobile phones have imported as a CBU type only as it is not imported in CKD type. If we analyse by total quantity imported in CBU type, Itel brand is the largest importer of mobile in CBU type with the import of 1251008 pieces of mobile phone during April 2017. Micromax and Apple are next in the list with 326041 pieces and 218975 pieces respectively.

Refer the below table to check the import value of top mobile brands in the completely built unit category during April 2017. 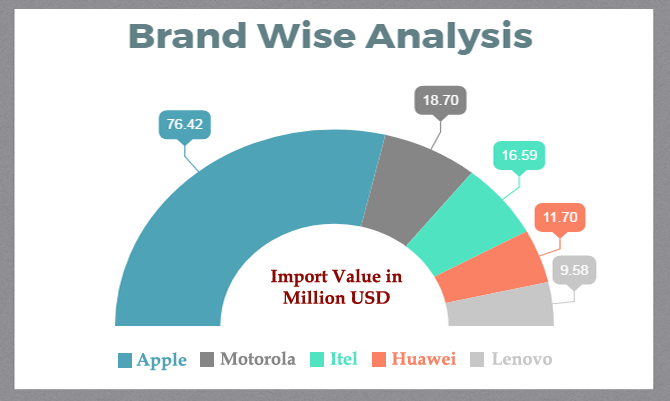 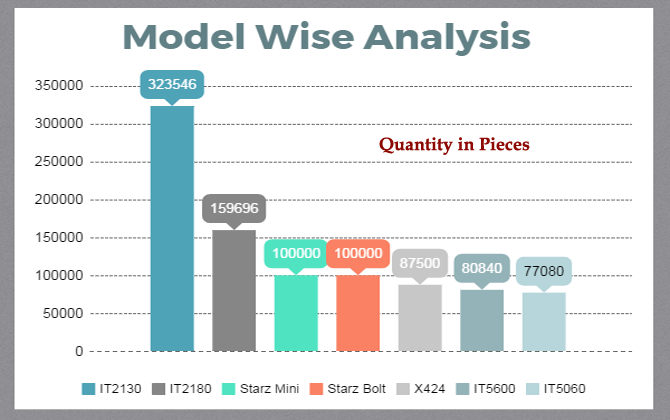 Here we are providing list of mobile phone importer in India. Check the following table to know the importers name with its address. 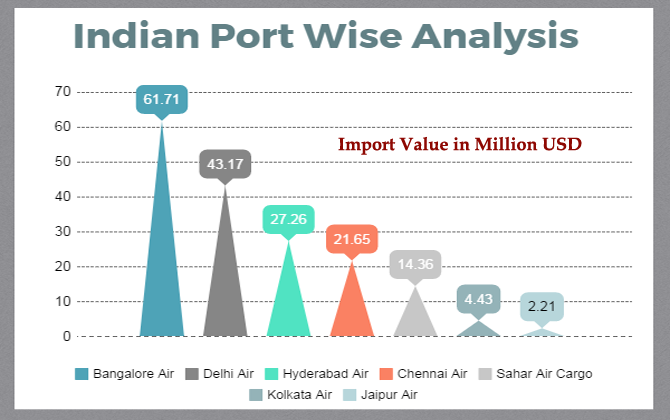 A mobile phone with 800 mAh battery has imported most in quantity of 17.68% out of total quantity imported while 3000 mAh battery mobile registered highest import value of 36.9 Million USD during April 2017. Our specialists have also prepared mobile phone import report on other specifications of mobile phones in CBU and CKD type.

To access the complete information about mobile import in India and to know about the specification wise analysis on the basis of technology, chipset, Ram, Rom, Battery, processor and device type.