Malaysia has banned the exports of its poultry products, specifically chicken exports. Following global food insecurity, Malaysia announced the ban on the exports of chicken on May 23. The consumer food prices influenced the government to take the decision. The most affected country from the Malaysian perspective to ban chicken exports is Singapore. The neighbouring country Malaysia, Singapore exports more than one-third of its total chicken exports to other countries. On June 1, the ban go into effect. 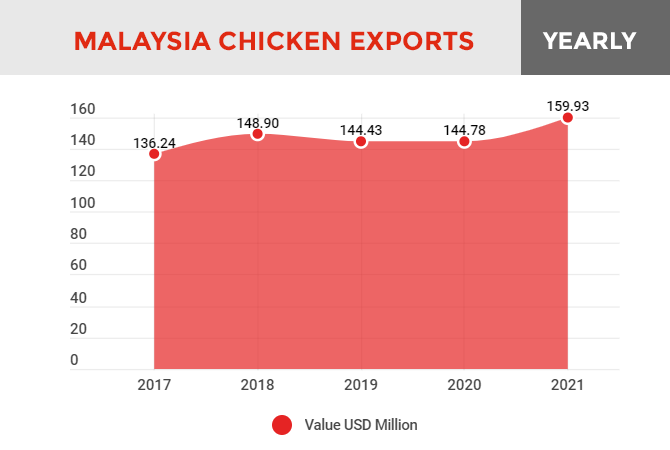 Throughout the year, there are minor fluctuations in the export values. In the last month of the year 2021, December, the exports amounted to $14.8 million. This is the highest recorded amount for the Malaysian exports of chicken, which implies that demand grew in late 2021. 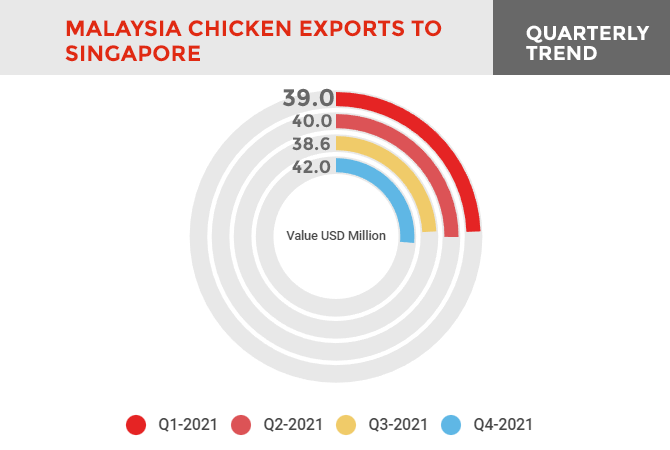 This explains that demand for Malaysia’s chicken in Singapore increased in late 2021. We can assume that demand in 2022 prevailed till the shortage appeared in Malaysia. For the final verdict, the table below shows the comparison between the total export values for 2020 and 2021. 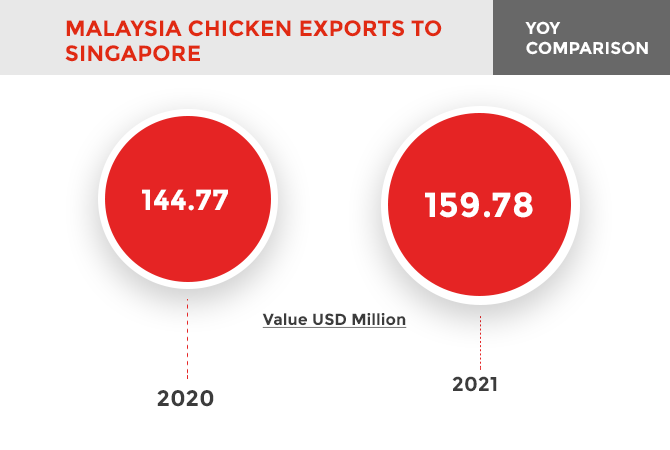 According to the shown Malaysia export data above, the exports of its chicken to Singapore surged in 2021. The export value in 2021 is higher than the export value of 2020, showing that Singapore had a growing demand for Malaysia’s chicken in 2021 which grew from the pandemic (2020). In 2022, the Russia-Ukraine war further disrupted this demand by creating global food insecurity.