Mexico is one of the largest goods trading countries in the world. United States, followed by Germany, is the largest trading partner of Mexico. The country has the 11th largest economy by purchasing power parity and 15th largest by nominal GDP. Mexico is 13th largest exporter country in the world and 12th largest importer country. Mexico is also a member of various trade organizations such as APEC, NAFTA, OECD and WTO. In this article, we are providing the list of top 10 Mexico trading partners.

Mexico exports of goods to the world worth USD 409.47 billion in the year 2017 while it was USD 373.89 billion in 2016. Mexico is exporting commodities to around 200 countries of the world. United States, Canada, Germany, China, Spain, Japan, Brazil, Korea, India and Colombia are the top 10 export partners of Mexico.

United States is the main export market for Mexico and 80% of Mexico’s exports arrived at USA only. The country has maintained its export sales to the USA since last decade. Mexico exports to USA stood at USD 327375 million in 2017 and recorded 9% growth by value during 2016-17. The main Mexico exports to USA include motor cars, goods transport vehicles, vehicles accessories, automatic data processing machines and telephone sets.

Canada is the other leading export partner of Mexico which recorded 2.8% share in Mexico’s exports. Mexico exports to Canada worth USD 11376 million during the year 2017 while it was USD 10432 million in 2016. Refer the below table to check trade figures of Mexico export partners. 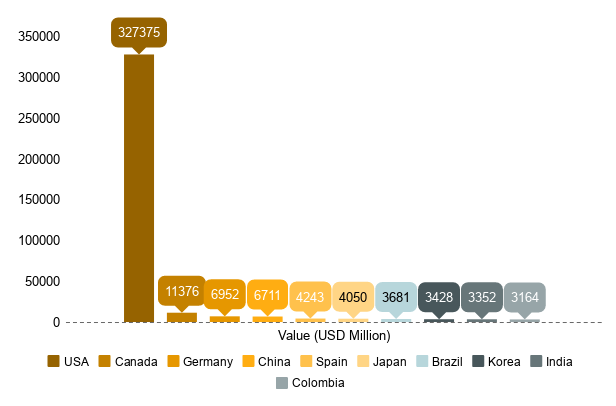 Mexico imports of goods from the world USD 420.36 billion in 2017 and it was USD 387 million in the year 2016. Mexico is importing products from more than 200 countries of the world including United States, China, Japan, Germany, Korea, Canada, Malaysia, Taipei, Italy and Thailand.

United States is also the biggest market from where Mexico is purchasing goods majorly. Mexico import from USA stood at USD 194959 million which represented 46% of the total imports in the year 2017. Petroleum oil, vehicles accessories and petroleum gas are Mexico’s top imports from USA. It has seen a growth of 8.3% in terms of import value during 2016-17 as import recorded USD 179909 million in 2016.

China is the second largest goods import partner of Mexico. Mexico imports from China stood at USD 74145 million in 2017 while it was USD 69520 million in the year 2016. The country is mainly importing telephone sets, automatic data processing machines, electronic integrated circuits and machinery accessories from China. Here is the table representing top 10 Mexico import partners with their value recorded in 2017.\ 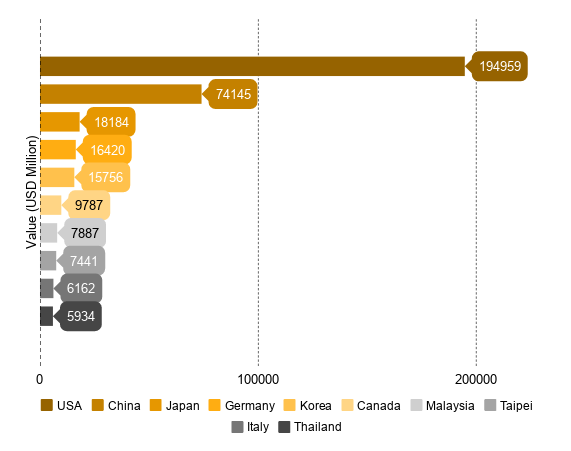 Besides Mexico, Export Genius also provides the trade data of more than 60 countries of the world.