India’s imports of LED TV valued at USD 770260192 between Jan-Dec 2017, in which August month recorded the highest shipments. LED TV, which comes under HS Code 852872 at 6-digit level, is one of the widely imported electronics in India. Total 5302137 pieces of LED TV were purchased by India in the said period. Here is in-depth analysis of LED TV imports in India with 2017 India import statistics of LED TV.

As per media reports, price of LED TV models up to 42-inches will escape any big price hike, despite government announced an increase in the Indian custom duty on LED TV panels from 7.5% to 15% during union budget 2018. LED panels account for almost 80-85% of a television’s manufacturing price. Apart from big brands, which import the panels in “open cell format” where products are assembled in the country by putting top-glass of the screen in local plants, small brands who sell panels online and in smaller towns will bear the brunt of doubling the duties. Hence, the government has made an expensive deal for companies to import TV panels for boosting the ‘Make in India’ initiative. This move would also benefit in washing out the unorganized players in the consumer durables goods segment.

India purchased LED TV under HS Code 85287215 the most in 2017. As per latest market research data released, share in value of this HS Code recorded 31.27%. Here is HS Code list of LED TV with their trade figures recorded in the year 2017. 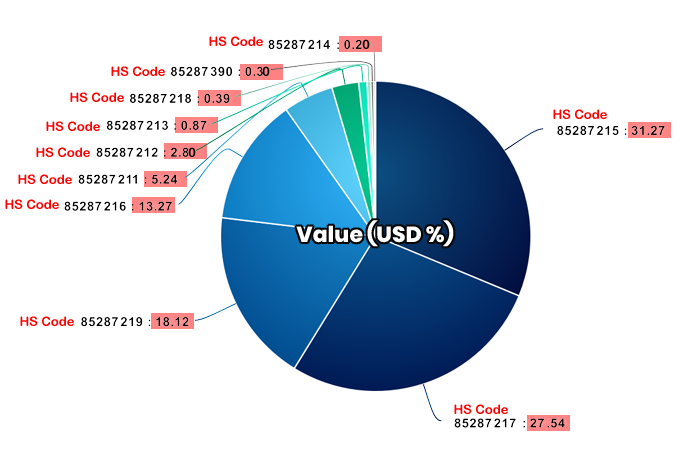 India purchased LED TV of Sony brand the most in 2017. A business intelligence report on India’s imports of LED TV shows that the country imported Sony LED televisions worth USD 440800907 in the said year. Export Genius is a leading market research company, providing import export trade data of 60+ countries and analytical reports of 20+ countries based on product keywords. It also provides details of buyers and suppliers collected from authentic sources.

Consumer electronics makers like Samsung, LG, Sony and Panasonic are reviewing their ‘Make in India’ strategy for televisions, which may lead to scaling down of local assembling operations, following the government decision to tax imports of ‘open cell’ LED TV panels. These companies are now considering importing LED TV panels from countries with which India has free trade agreements (FTAs) such as ASEAN bloc of Malaysia, Thailand, Vietnam and South Korea. 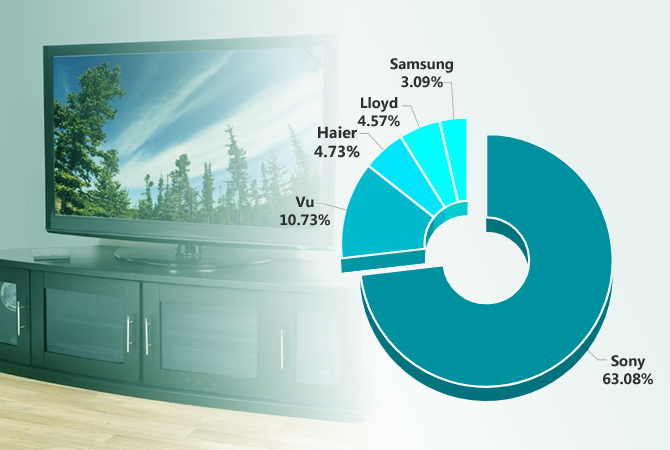 Market research experts have said that price of LED TVs is likely to increase by 10% because of imposition of 15% duty on finished LED panels and 20% duty on fully built television sets. This will mostly impact online brands, private brands owned by retailers and regional brands that are either importing LED TV sets as completely built units or finished panels for final assembly in the country. 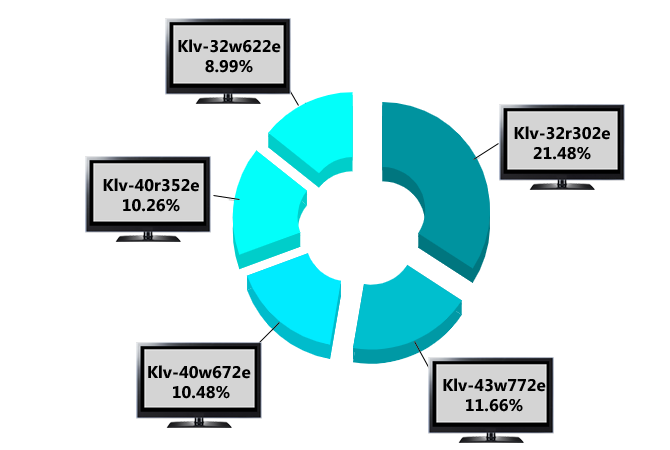 As per LED TV import data of India, Malaysia stood as the largest exporter country of the product in 2017. India purchased LED TV worth USD 317138504 from Malaysia in the said year. However, quantity-wise, India import LED TV from China recorded the highest share in value of 56.11%. India imported 2365210 pieces of LED TVs from China in the given year. Let’s have value-wise analysis of top 5 countries that supplied LED TVs to India in 2017.

Chinese technology giant, Xiaomi is now planning to expand its product offerings to India. After launching the smart air purifier and smart router in India, the company has launched a 55-inch 4KHDR Smart LED TV.

In 2017, Sony India Pvt. Ltd. imported maximum LED TV in India. Our report gives a detailed coverage of shipments including date & time of shipments, value & quantity of shipment, Indian buyer & foreign supplier of LED TV, Indian & foreign port, etc. So, if your plans is to supply LED televisions to India and looking for best & trusted LED TV importers in Delhi, Mumbai, Ahemdabad or any other Indian city, you can check the list of LED TV importers in India that purchased this product the maximum in 2017.

For your reference, here is the India import sample of LED TV with important data columns. 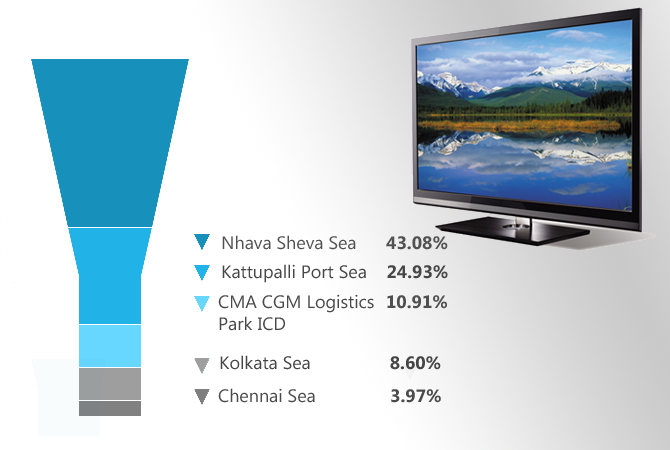 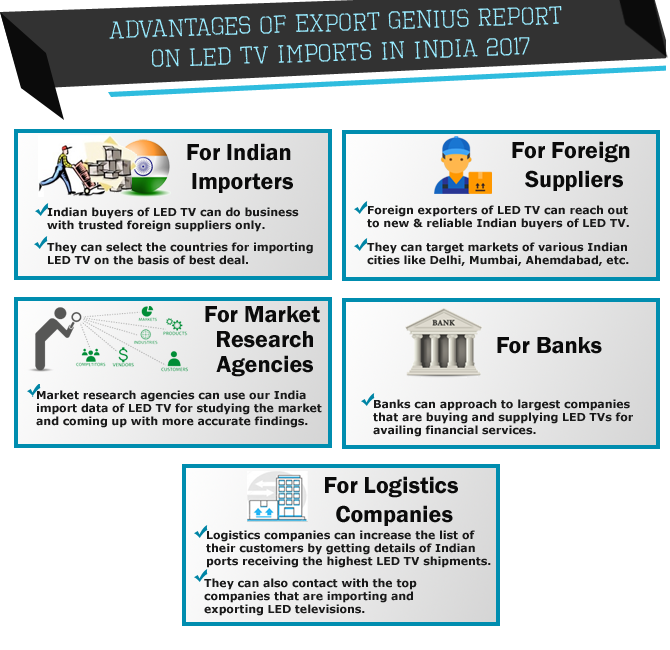