Kiwi fruit imports totaled USD 3,190 million in 2019, down as compared to the previous year. In quantity terms, world countries imported about 1.5M tonnes of kiwi fruit, declining by -2.3% on the year before. According to global trade data of kiwi fruit, China and Japan imported kiwi fruit the most, worth over USD 4.5 million each. Both the countries together shared around 27% to total imports of kiwi fruit. Here is an overall perspective of Kiwi fruit global import market.

Since 2010, kiwi fruit imports have been rising considerably due to rising demand in China and Europe. As per kiwi fruit import statistics, the total import volume rose at an average annual rate of +2.7% from 2007 to 2019, however, the trend pattern indicated some noticeable fluctuations being recorded in certain years. Global imports of kiwi fruit attained the maximum at 1.6M tonnes in 2016; however, from 2017 to 2019, imports stood at a somewhat lower figure. Below given chart and table shows dollar amount of kiwi imports in the world recorded from 2010 to 2019. 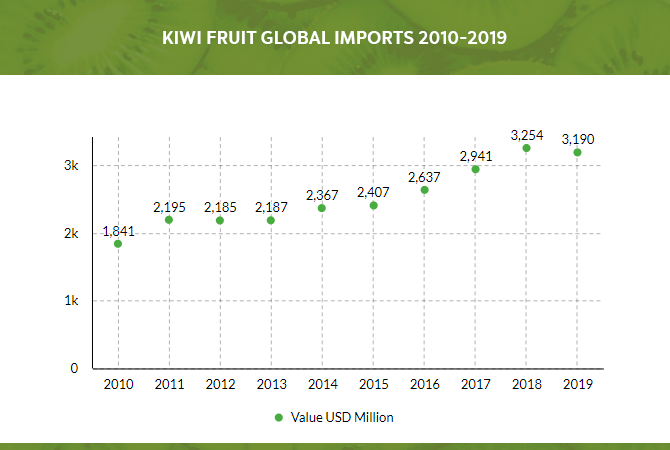 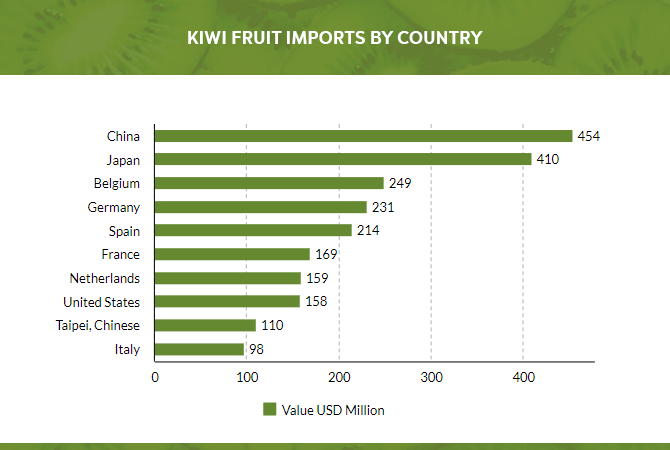 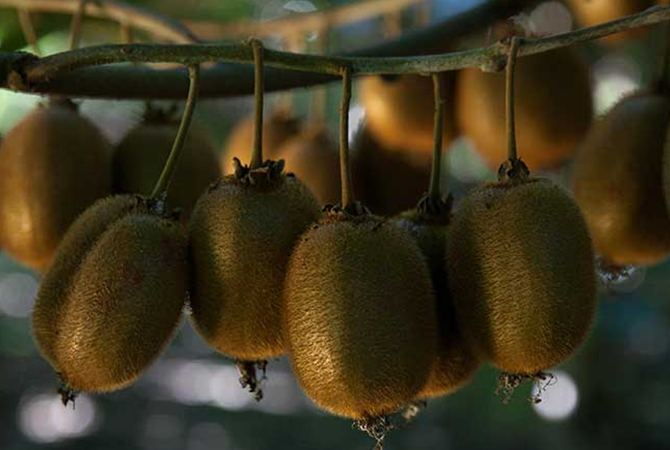 The global market recorded growth in the production of kiwi fruit, which increased by 4.1% to 4.3M tonnes in 2019. In general, the total production of kiwi fruits indicated tangible growth from 2007 to 2019, which recorded an average annual rate growth of over 4% over the last twelve-year period. China (2.1M tonnes) stood as the largest kiwi fruit producing country worldwide, accounting for 49% of total volume in 2019, still China imports kiwi fruits the most to meet the consumption. China was followed by Italy (578K tonnes) and New Zealand (533K tonnes).

Fresh kiwi fruit comes under Chapter 08, which is traded as the major import and export commodity around the world. In production, consumption and imports of kiwi fruit, China remains as the largest country. Get all updates and shipment details of kiwi fruit imports in the world right here.