Coal is a brownish-black sedimentary or combustible black rock, formed as rock strata called coal seams. It is mostly carbon with variable amounts of other elements mainly nitrogen, oxygen, sulphur and hydrogen. In terms of international trade, the world’s largest exporter of coal is Australia, followed by Indonesia and Russia. China, Japan, India and South Korea are top importers of coal around the globe. In this article, you will learn about Indonesian coal export market, which continues to surge in 2021. 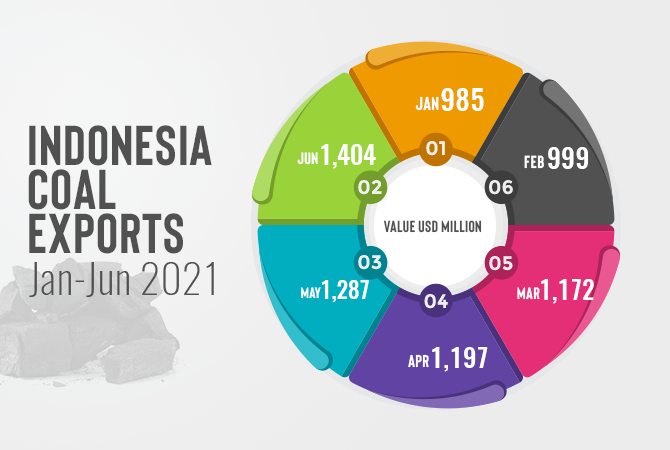 India and China accounted for over 50% to total coal exports from Indonesia. The surge in Indonesian coal shipments to China is an attempt to build stocks ahead of the peak season coupled with an ongoing informal ban on imports of Australian coal. Indian shipments declined as buyers increased their reliance on Australian thermal coal.

Indonesian coal exports rose in first six months of 2021 led by strong Indian demand. Coal suppliers in Indonesia are expected the momentum in shipments to continue in later half this year, helping the country to meet its output target.

Coal exports from Indonesia to China increased in initial months of 2021 but eased slightly from year-earlier levels. The rise in coal exports underscores steady demand from Chinese utilities to meet an expected rise in power demand during the peak summer months.

Indonesian coal exports to Indian & China accounted for over 50% of total Indonesian coal export during Jan-Jun 2021. Shipments to South Korea, Japan, Malaysia and Taiwan stood at 20% to total coal exports from Indonesia. On year-on-year basis, there was an increase in shipments to China (87.5mt) and Taiwan (11.6mt), while declined to Japan (10.5mt), South Korea (9.1mt) and Malaysia (11.7mt). Shipments to India were mostly flat and stood at previous levels of 42.0mt. 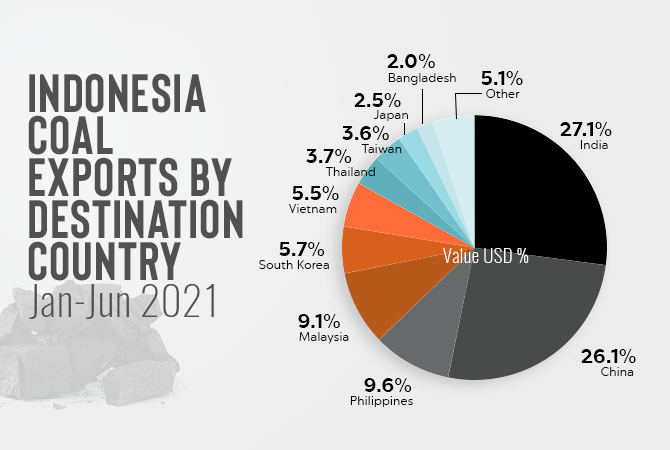 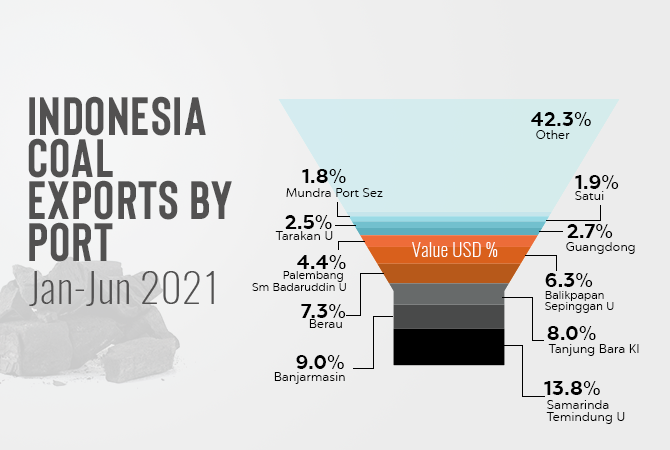 Indonesia’s coal mining industry continues to grow, despite Covid-19 cases reaching to producing areas in east Kalimantan province. The members of the Indonesian Coal Mining Association (APBI) already developed action plans last year to continue with the coal production while combating with the coronavirus pandemic. These include strict and frequent temperature checks and offsite quarantine facilities for workers that are suspected to have contracted the virus.

According to Indonesian Ministry of Energy and Mineral Resources (ESDM), Indonesia produced about 292.87mt of coal in the first half of 2021. The government is targeting exports of 487.5mt this year.