There was a time when personal computers or rather laptops were considered far from a common man’s reach in India. However, over the past decade, laptops and PCs have become as common as TVs in India. Laptops are loaded with a number of helpful and innovative features and look beautiful too. In the recent years, the laptop segment of computers has surpassed the desktop sales. According to a market research report on India imports of laptops in 2017, the country imported laptops of all brands worth USD 2326 million, with maximum purchases of HP brand, which shared 29.90% in total India’s imports of laptops. Hence, our report can be analysed on the basis of HS Code, Product Description, Laptop Brand, Laptop Model, Laptop Screen Size, Value, Quantity, etc.

India imported total 5640495 pieces of laptops during Jan-Dec 2017. Among total months, the highest shipments of laptops were received in September both in terms of value and quantity. Total 885780 pieces of laptops were purchased by India in September month, which valued at USD 311 million. This business intelligence report has been prepared by Export Genius, which is a leading market research company providing import export data of over 60 countries and analytical reports of more than 20 countries. This report is beneficial for Indian importers of laptops, foreign suppliers of laptops, banks, logistics companies and market research agencies. In laptop import data of India, data columns include – HS Code, Product Description, Indian Companies of Laptops, Foreign Companies of Laptops, Indian Port, Foreign Port, Foreign Country, Value, Quantity, etc. 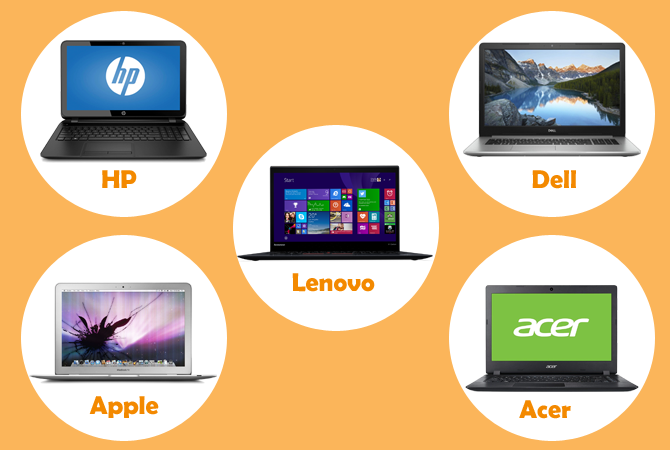 HP has the highest numbers of buyers when it comes to the laptop segment in India. Hewlett-Packard (HP) is a multi-national IT company based in California, USA. It was founded in 1939. This company brings a wide range of laptops with the latest technology and offers great features right from the outset. During Jan-Dec 2017, India imported HP laptops the most, which valued at USD 695 million.

Dell is another laptop brand, which India purchases the most. It is famous for its style, performance and features. Dell was founded in 1984 as a US multinational IT company, which is headquartered at Round Rock, Texas. India imported Dell laptops at a value of USD 639 million in 2017.

After Dell, Lenovo stood as the largest laptop brand, which India purchased in 2017. It is a Chinese tech stalwart and founded in 1984. India’s imports of Lenovo laptops valued at USD 523 million in 2017.

India’s 4th largest importing laptop brand is Apple. In 2017, the country purchased Apple laptops worth USD 238 million. Apple undoubtedly is one of the best and most popular brands in the world. Personal computers sold as MacBook are the company’s flagship segment. Apple company was set up by Steve Jobs in 1976 and is based in Cupertino, California, USA.

Among top 5 laptop brands imported into India during Jan-Dec 2017, Acer stood at the 5th position. Imports of Acer laptops in India valued at USD 132 million in the said year. Acer is a Taiwanese consumer electronics company that has achieved a substantial growth in the world market. It was founded in 1976. Strong and long battery backup, quality sound and nice thin screen display make Acer laptops one of the most sought-after gadgets.

Let’s understand the market share of these top laptop brands in India’s import market through the chart and table given below. 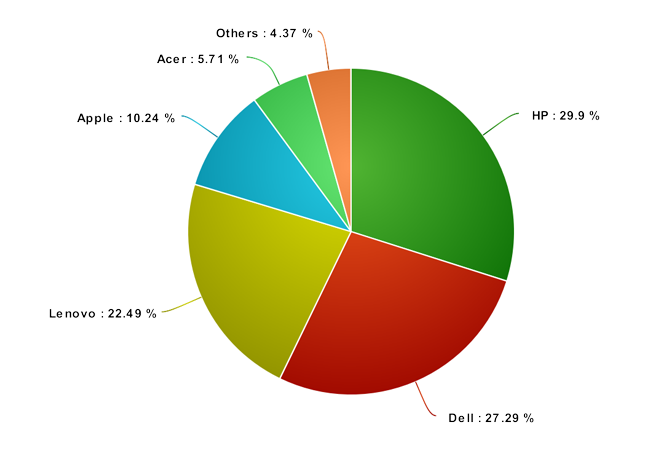 If we analyse India imports of laptops of top brands on the basis of largest laptop models and screen-size, we found that HP’s 245 G5 model hit the list. This laptop model shared 2.16% in total share of HP brand value during Jan-Dec 2017. 14-inch laptops of HP brand imported the most into India in the said year. Here is a look at India’s top 5 laptop brands with top model and screen-size that were imported in 2017. 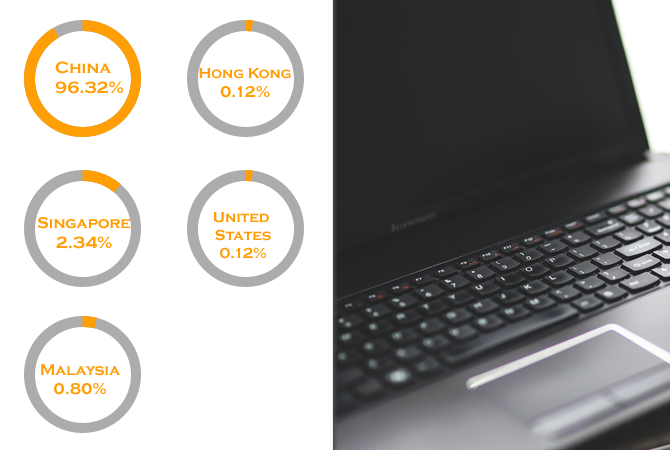 As we know China is the biggest market of electronics, so India imported laptops maximum from this country. India recorded China’s share of whopping 96.32% in total imports of laptops in 2017. Here are top 5 countries that supplied laptops in the highest quantity (HS Code 84713010) to India in the given year.

List of Laptop Importers in India by Top Brand

If you want to supply laptops to India from any part of the world, our market research report on import laptop to India will help you in finding the top and active laptop importers in India. Here are the top laptop buyers in India as per top brands for the reference.

Want to buy our 100% authentic analytical report on imports of laptops in India 2017? Check the data columns from the sample given below and fill up our quick enquiry form at homepage of Export Genius. In our business intelligence report, you can find laptop importers in Delhi, statistics on import laptop from Thailand to India, laptop importers in Mumbai, statistics on import laptop from USA to India and many more customs-based details.