India’s Imports of Goods from Latin American Countries in 2019

How Much Goods India Imported from Latin America in Last 10 Years? 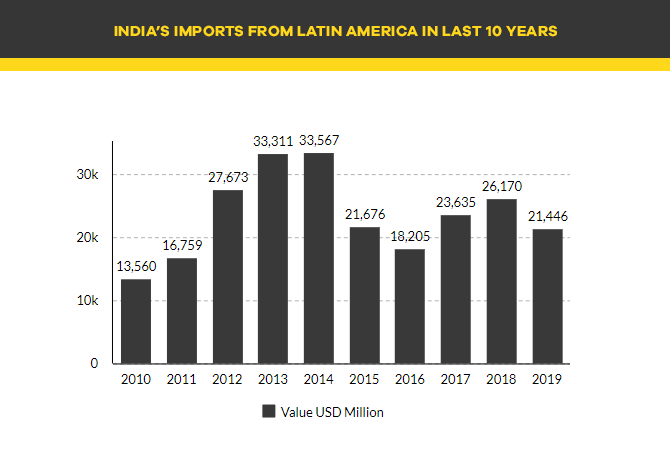 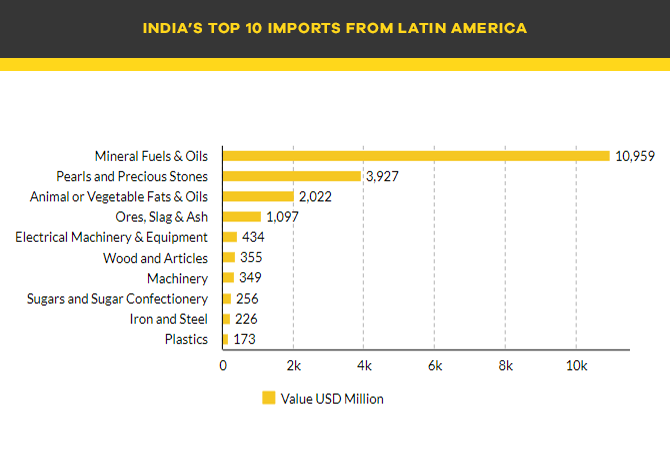 According to India import statistics, India imported goods the most worth USD 6,060 million from Venezuela in Latin America during 2019. Other major import sources of India in Latin America were Mexico, Brazil, Argentina and Peru in the said year. Below given chart and table shows dollar amount of these countries. 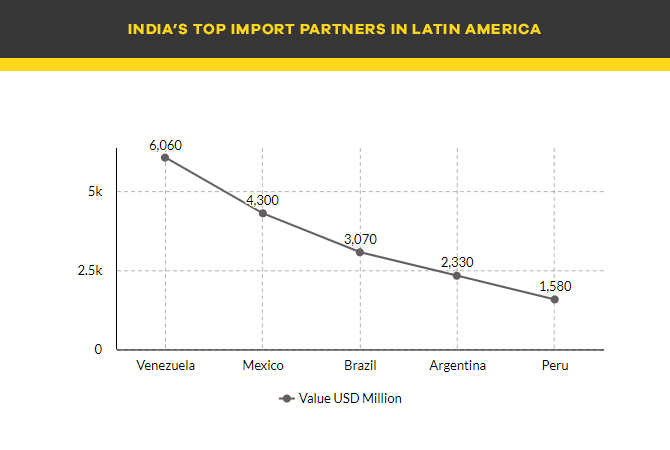 Latin America, the region of 19 countries, has a total population of 600 million and GDP of 5.6 trillion dollars. As this time is crucial for global economies due to coronavirus pandemic, which originated from China’s Wuhan city; Latin American countries are trying to reduce their trade with China. Their focus are now more on India and other Asian countries.