India no longer wants to export iron ore to Japan and South Korea as it has not renewed a long-term agreement (LTA) for supplying ore to Japanese steel mills and South Korean major Posco after upon its March expiry. The government of India took the decision in view of the uncertainty over investment plans of steel mills from these countries in India and shortage of major raw materials for steel-making in India. According to Export Genius, India exported iron ore worth USD 3,874 million to the world in 2020. That dollar amount includes USD 176 million worth of iron ore exports to Japan and USD 52 million to South Korea. 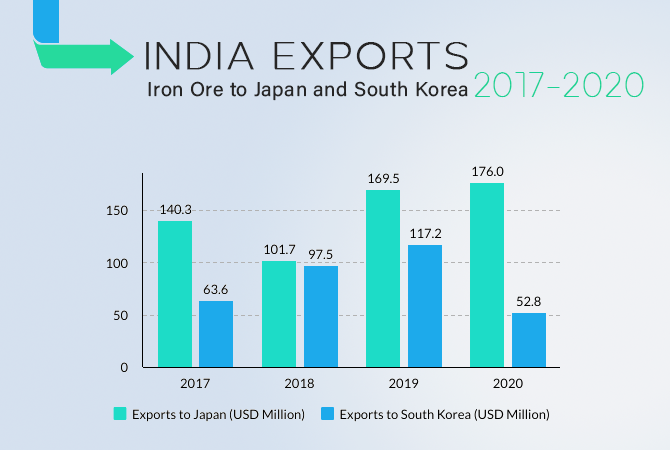 India is the sixth-largest exporter country of iron ore in the world, which shared 2.8% value to total exports in 2020. If we see India’s exports of iron ore in past years, we found that the value of iron ore shipments constantly rose from 2014 to 2020. Here are values in percentile of India iron ore exports reported in the given period. 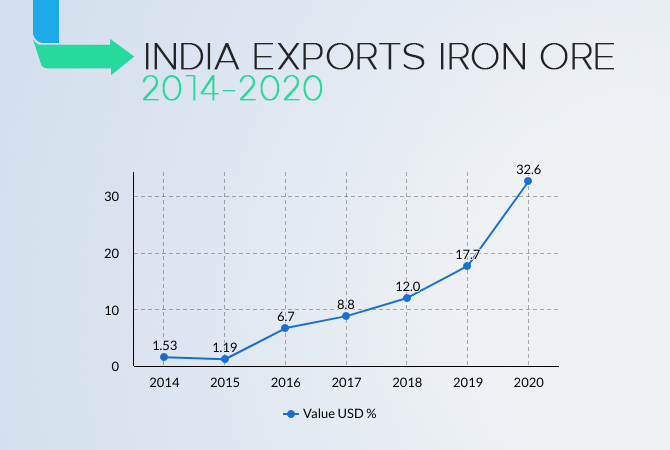 India’s top export destination of iron ore is China, which shared whopping 87.1% value to total exports in 2020. See the given list of India’s top 10 export partners of iron ore with share in values reported in 2020 and analyze the market. 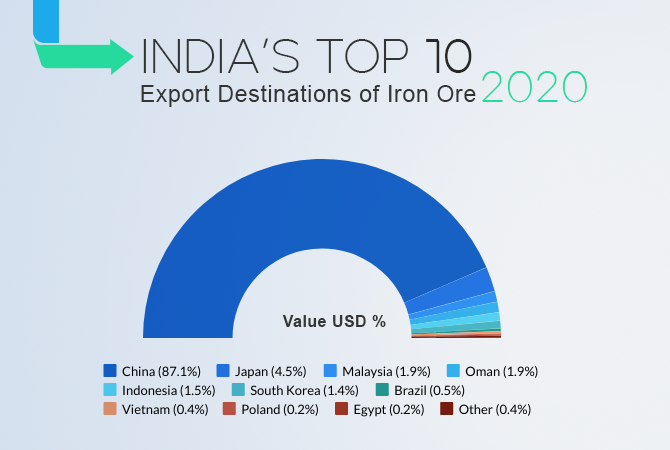