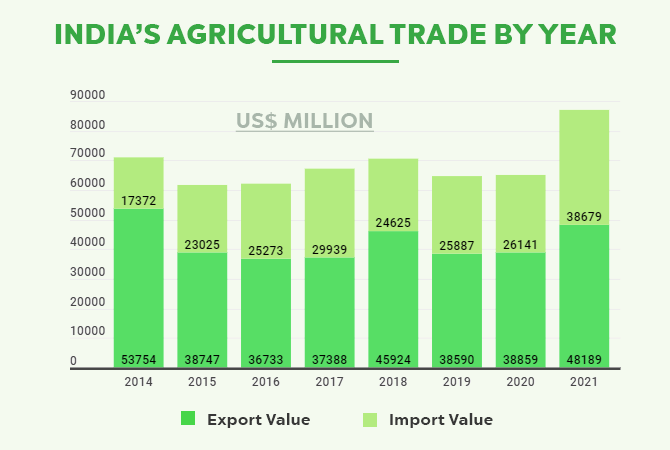 Cereals, fish, cotton, and sugar reported a major surge in export value in 2021. Other agricultural export categories that saw a rise in value were meat, animal or vegetable oils, edible fruits and nuts, and edible vegetables. See India’s top agricultural export products reported in 2020 and 2021. 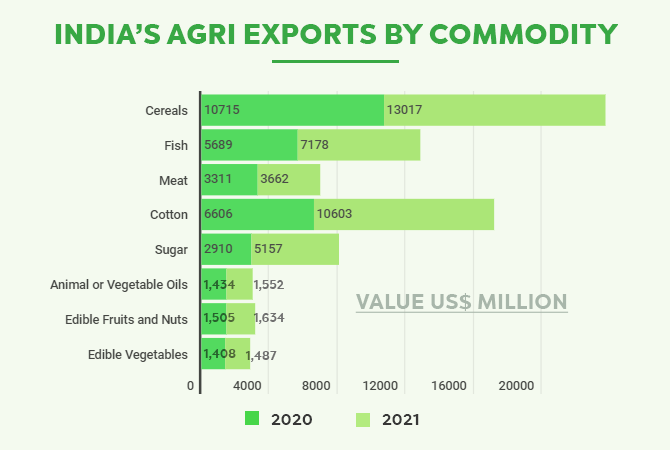 India’s exports of agricultural products saw a surge in value whereas imports of agricultural commodities also reported an increase in the value of shipments. Fish, meat, cotton, natural rubber, animal or vegetable oils, edible fruits and nuts, edible vegetables, and coffee reported a rise in imports in 2021. Below given chart shows the dollar amount of these import categories recorded in 2020 and 2021. 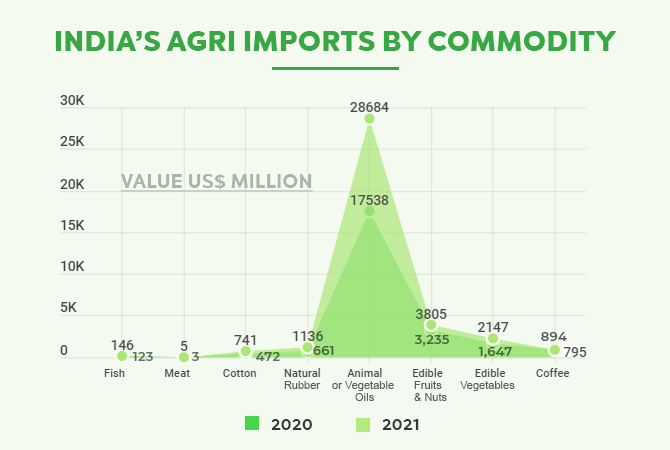 The Russian invasion of Ukraine has brought new opportunities for India to supply agricultural products to the countries that were dependent on Russian and Ukrainian food products. There are expectations of the country’s wheat and even maize exporters filling, at least partly, the void left by the two warring breadbasket nations. However, those opportunities may be engulfed due to severe heatwave conditions that could damage the wheat crop particularly. The overall prospects for agri-exports hinge largely on the monsoon.

All in all, the year 2022 could be more challenging for Indian agricultural trade, notwithstanding high international prices that are normally favourable for exports while keeping imports in check.