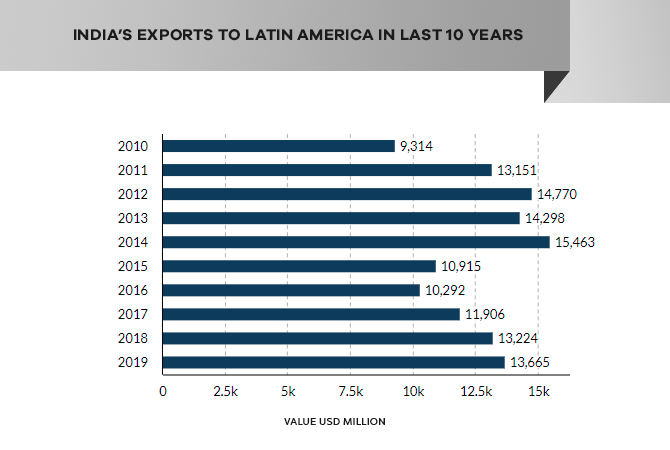 India shipped vehicles the most to Latin American countries in 2019, India shipment data shows. Total vehicle goods worth USD 3,267 million were exported to importers in Latin America. Other major export commodities exported by India to Latin America in 2019 were organic chemicals, miscellaneous chemical products, pharma products and mineral fuels & oils. Check the list of India’s top 10 exports to Latin America with their dollar amount recorded in 2019. 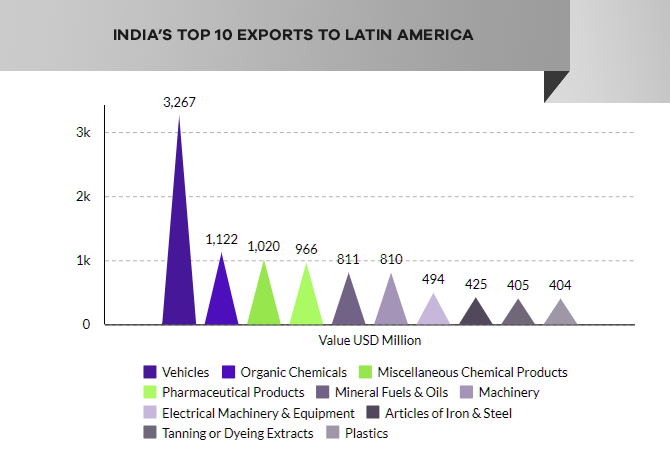 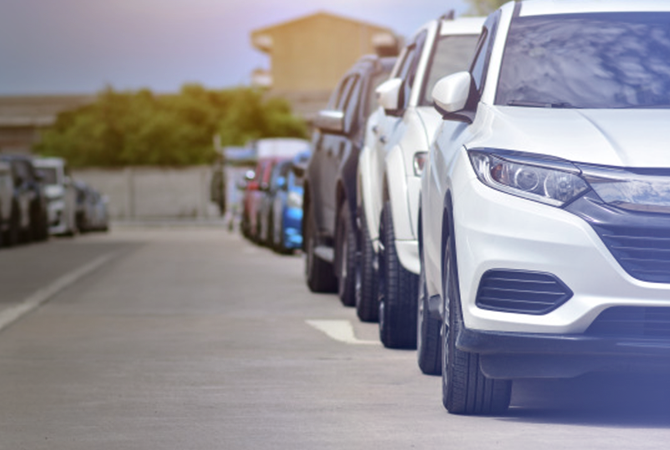 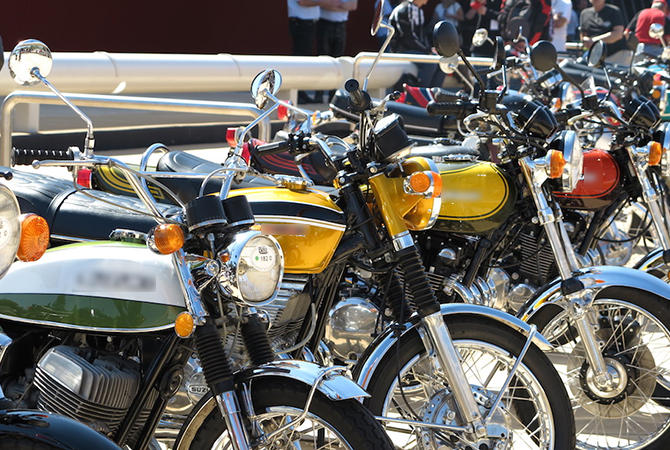 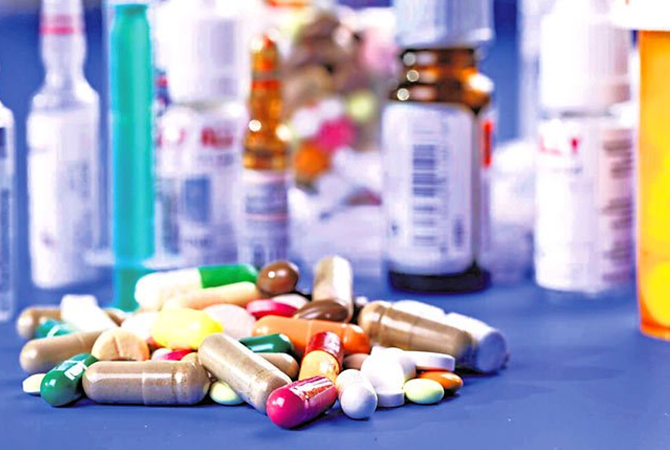 Brazil claimed position as the #1 destination of India’s exports to the Latin America in 2019. According to India trade statistics, India shipped goods worth USD 3,970 million to Brazil in the said year. Other major export destinations of Indian goods were Mexico, Colombia, Chile and Peru. Below given chart and table shows dollar amount of these countries recorded last year. 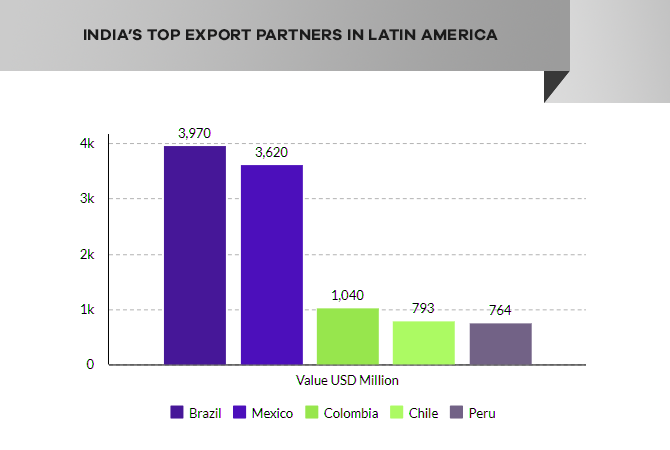 According to media reports, India’s UPL has an annual turnover of 1.3 billion dollars with its plants making agrochemicals and development of new seed varieties in Brazil, Argentina and Colombia. UPL, the largest Indian agrochemical firm, has a larger business turnover in Brazil (1.2 billion dollars) than its business in India.

Aditya Birla’s group company Novellis has Aluminium and carbon black plants in Brazil with an annual turnover of 2 billion dollars. Mothersons Group, the autoparts major with a worldwide revenue of 11 billion dollars has over a dozen plants in Mexico and Brazil generating 9.2% of its global revenue, which amounted to about a billion dollars. There are a number of other Indian companies operating in the region in pharma, energy, tyres and other industries. The annual revenue of the Indian manufacturing companies in Latin America might be around 4 billion dollars.

>> Search Indian Importers and Exporters on any HS Code or Product!

At this time of coronavirus crisis, Latin Americans look for affordable commodities from less expensive sources. Although China fits this expectation, the Latin American countries seek to reduce their overdependence on China with which there is growing trust deficit especially after the Covid-19 pandemic, which originated in China’s Wuhan city. Now their focus is to boost their bilateral trade with India.