Coal is a combustible black or brownish-black sedimentary rock. It is formed as rock strata called coal seams. Coal is mostly carbon with variable amounts of other elements including nitrogen, oxygen, sulphur and hydrogen. In terms of global trade, Australia is the top-most exporter of coal, with market share of 39.5% recorded in 2020. China is net coal importer, which shared 17.3% to total imports, while India is 3rd largest importer of coal with share of 16.7%. Despite India being among largest importers of coal, India exports coal to its neighbouring countries mainly Nepal, Bangladesh and Bhutan.

India shipped 777,962 tonnes of coal worth USD 55.1 million to Nepal in 2020. Since last 5 years, India’s coal exports to Nepal is increasing as Nepal is majorly dependent on India for coal, which shared 80% to total value of coal exports. See quantity of coal which India supplied to Nepal from 2016 to 2020. 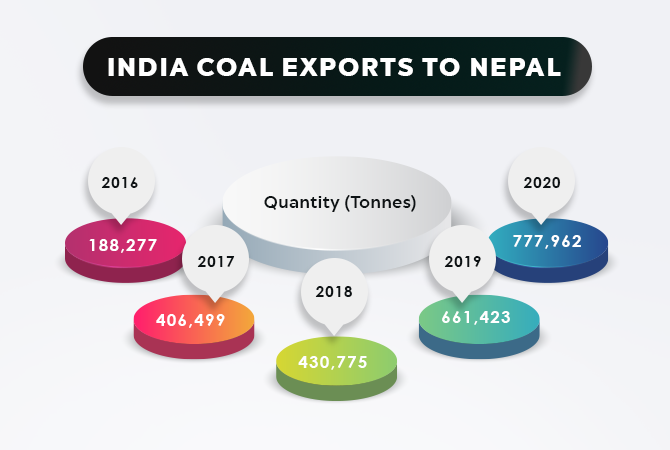 >> Search Live Data for any country or product to see what is covered in global trade data.

India’s exports of coal to Bangladesh have been declining from the last five years. The country shipped 125,163 tonnes of coal valued USD 8.6 million to Bangladesh in 2020. Below given chart shows quantity of coal exports from India to Bangladesh recorded from 2016 to 2020. 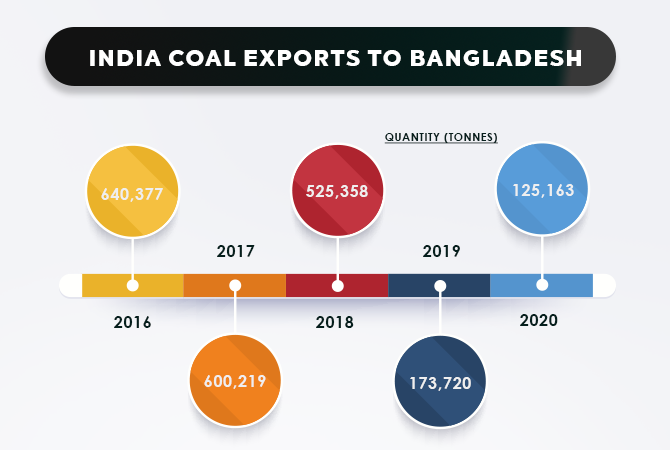 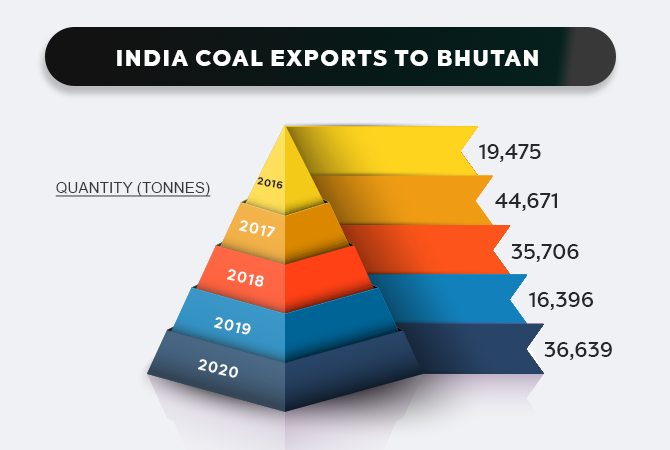 Although there was short supply of coal in India compared to its demand and it had to resort to import of coal, India exported some quantity of coal to its neighbouring countries in 2020. In spite of sufficient coal reserve, India has not been able to meet domestic demand from the production. The supply of high-quality coal in the country has been limited. Therefore, to bridge the demand and supply gap as well as to provide high quality coal for use in various industries, the country has no option to resort to import coal, especially low-ash coal.

India is the world’s second largest producer of coal and has the world’s 4th largest coal reserves. The country is aiming to use its coal reserves, thereby committing to a net-zero emission economy by 2050. Analyze India coal export market to its neighbouring countries in-depth from the complete India trade data of coal.