Indian textiles and apparel sector is one of the oldest industries in the Indian economy. It has a history of fine craftsmanship and global appeal. India’s cotton, silk and denim are highly popular varieties abroad, and with the upsurge in Indian design talent, Indian apparel too has found success across fashion centres around the world. Now from the last few years, India has been behind in the race of world’s top apparel exporter countries due to competitive market.

India has decided to extend a major export-promotion scheme for textiles until March 31, 2024, for arresting continuous decline in India’s apparel & clothing shipments even before the Covid-19 pandemic and since last 4 years. According to Export Genius, India exported apparel & clothing (both knitted & not knitted) worth USD 17.2 billion in 2017, that dollar amount drastically declined to USD 12.2 billion in 2020. Let’s have a closer look at India’s apparel exports, why the industry is falling and which countries are gaining.

The government decided to extend the Rebate of State and Central Taxes and Levies (RoSCTL) scheme to ensure policy stability and provide continued export incentives to apparel manufacturers & exporters in India. Trade bodies such as the Apparel Export Promotion Council have welcomed the decision to continue the scheme on apparels & made-ups.

According to the Federation of Indian Export Organization (FIEO), many neighboring countries have emerged as India’s competitors having tariff advantage either on account of Least Developed Country status or owing to effective free trade agreements. 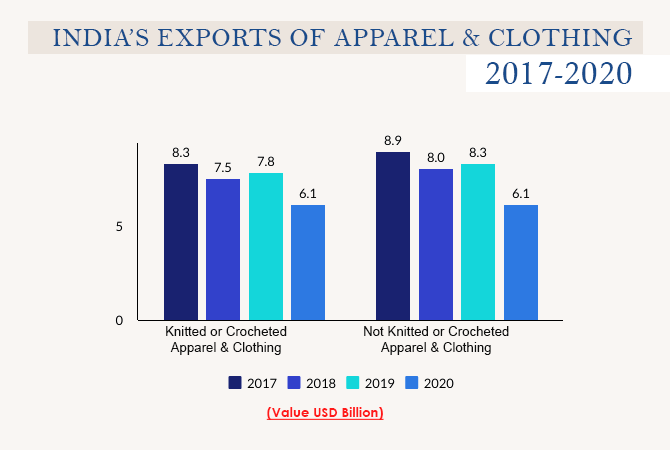 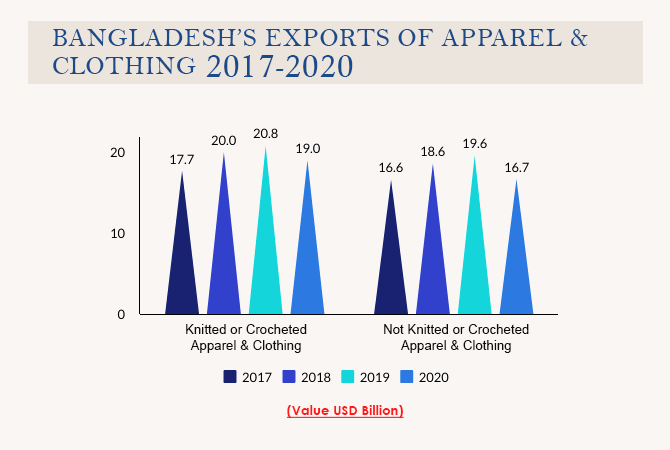 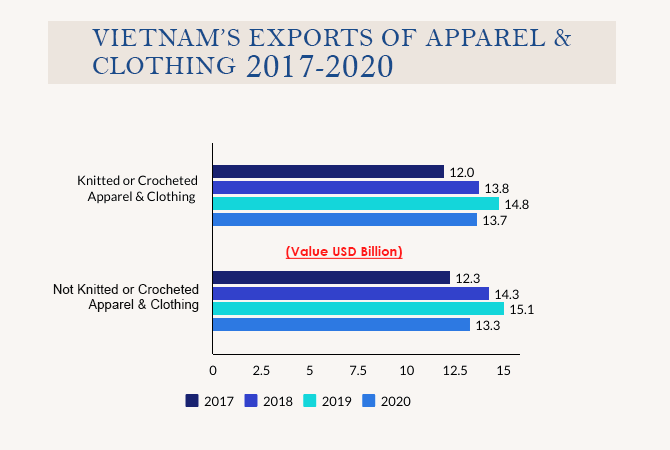 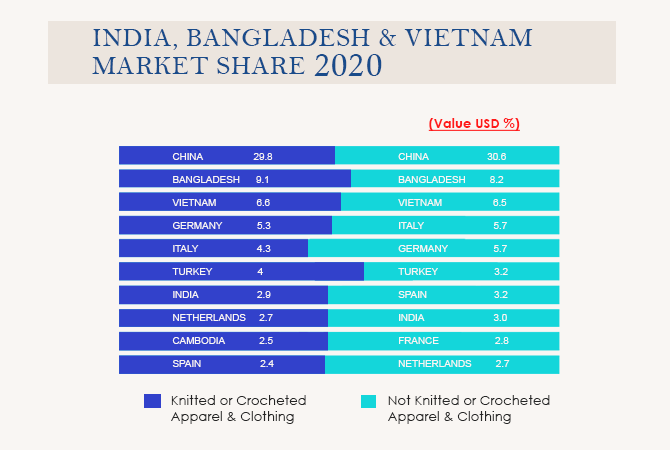 Check some major reasons behind decline in exports of apparel & clothing from India:

·         Apparel & clothing industry took more time than others to adjust to the Goods and Services Tax regime.

·         India faces challenges in global trade and rising competition, especially in the form of more shipments at lower costs from regional competitors.

·         Before the Covid-19 crisis, demand from key importers, particularly, the United Arab Emirates had fallen drastically.

·         Due to Coronavirus pandemic lockdown and travel restrictions, India’s supply of apparel & clothing to global countries was disrupted.

As far as apparel & clothing industry’s future in India is concerned, Indian exporters are not very optimistic despite government has announced export incentives for this sector. One of the major reasons is Covid-19 pandemic, which is still around us in 2021. India saw deadly second wave of coronavirus with new Delta variant in April and May months. And many medical bodies have cautioned for third wave in India. This will again disrupt supply chain of goods exported around the globe.