Brazil’s economy is the largest in Latin America and the world’s eighth largest in the world. It has a mixed economy with abundant natural resources. After rapid growth in preceding decades, Brazil has been reeling under recession since 2014. Brazil enjoyed trade surplus of USD 66989 million in 2017. In fact, since 2015, the country has been recording higher exports than imports. This article focuses on import market of Brazil with listing of top 5 import products.

According to Export Genius report on Brazil imports, the country has been recording a steady decline in import value of total products since 2013 due to the fact that it exports items more with abundant resources. If we see Brazil import statistics of last 5 years, from over USD 200 billion in year 2013 and 2014, import value of total products declined to over USD 150 billion in 2017. 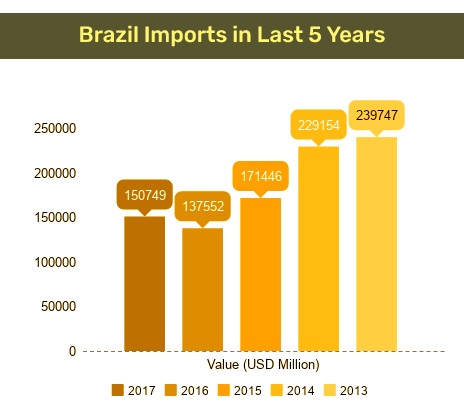 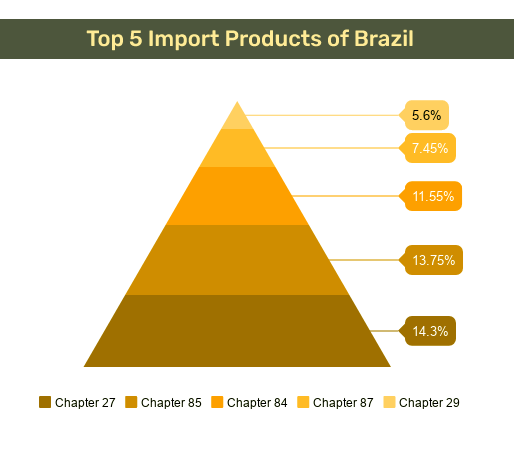 Mineral fuels & oils stood as the largest import product of Brazil at 2-digit level HS Code in 2017. Under this chapter, the country imported gas oils the most at tariff level the most in the said year. Let’s have a detailed-wise analysis of top 5 Brazil import products from Brazil import data recorded in 2017. 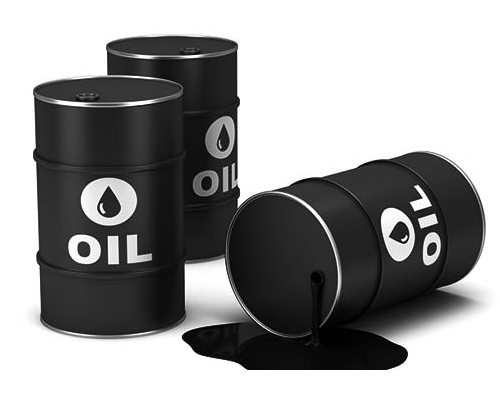 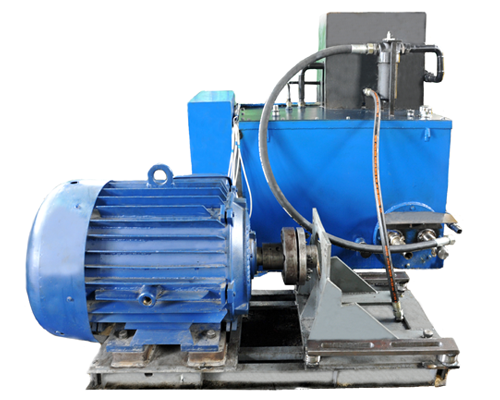 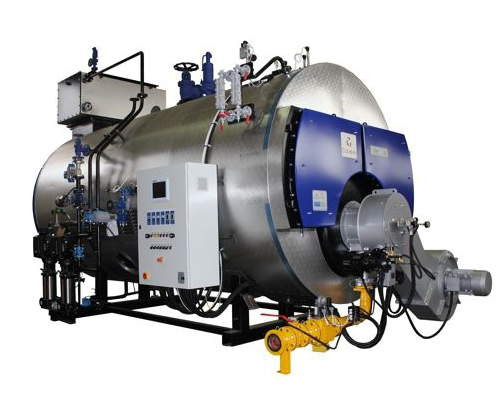 Vehicles Other Than Railway or Tramway 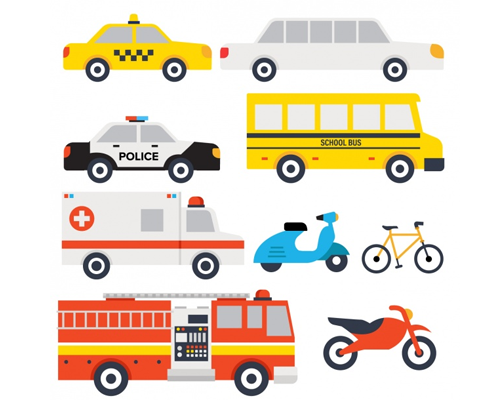 Vehicles Other Than Railway or Tramway positioned at Brazil’s 4th largest import product in 2017. Chapter 87 products amounted to USD 11235 million and these were maximum imported from Argentina worth USD 3729 million in the given year. 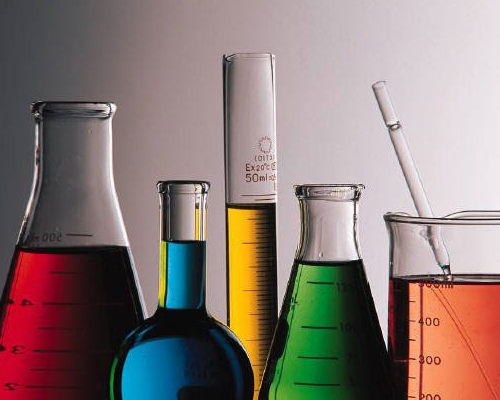 Organic chemicals stood at the 5th largest import product of Brazil in 2017, which amounted to USD 8436 million. Among Brazil main trading partners of Chapter 29 goods, the country imported organic chemicals maximum from China, which valued at USD 2211 million.

Brazil’s largest import partner of total products was China in 2017, which shared 18.1% value to total imports to Brazil in 2017. It was followed by the United States of America, Argentina, Germany and Republic of Korea. Look at the trade values of Brazil top trading partners in terms of imports for having better analysis. 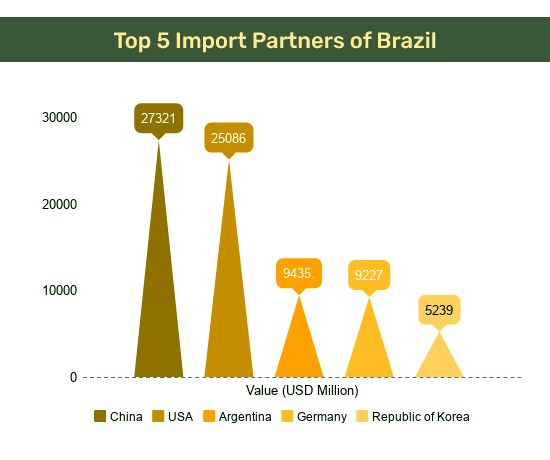 So, if you want to buy our complete report on Brazil main imports with specific requirements, you can go through our Brazil import sample given right below to know which data fields we cover in import data of Brazil.

Our Brazil import data helps companies to explore Brazil importers database and foreign exports list so that they can do business with the right people. It also helps them to monitor competitor’s shipments, get a sense of Brazil international trade and check price & quantity of a particular product in the Brazilian market.