Honey is defined as a sweet liquid prepared by honey bees from nectars of plants. India is known as the land of honey and practiced traditionally in India since ancient times. It is used to treat a variety of ailments through a wide range of applications. The raw materials for honey and beekeeping industry are mainly pollen and nectar of flowering plants. Apiculture is practiced mostly by marginal and landless farmers. It increases income from agriculture, generates employment and helps in improving nutritional intake of rural population. Beekeepers sell their honey in regional markets in available container and it is most commonly packed in glass jars and different countries have their own rules for honey marketing.

India is one of the largest honey producing and exporting countries in the world. Honey exports from India to the world worth USD 80.52 million during the year 2017. In export import business, honey is mainly classified under HS Code 04090000. More than 50% of the honey production in India is being exported to other countries. India’s major honey export destinations included United States, Saudi Arabia, United Arab Emirates, Bangladesh, Canada etc. Mustard honey, eucalyptus honey, lychee honey, sunflower honey, pongamea honey, multi-flora Himalayan honey, acacia honey and wild flora honey are some of the major varieties of Natural honey produced in India.

Let’s take a comprehensive look at the detailed analysis of honey export report of India released by Export Genius which is analysed on the basis of monthly values, exporting states, exporters, export partners and Indian ports.

Delhi is the Top Honey Exporter State of India

According to honey export data, 17 states of India are exporting natural honey to various countries across the world. Delhi is the largest honey exporter state of India as maximum shipments have been departed from this state. Delhi has departed 75.98% value of the honey shipments to the global market which is followed by Rajasthan, Maharashtra, Uttar Pradesh and Punjab. As per the estimates of honey production in India, West Bengal, Uttar Pradesh, Punjab and Bihar are the biggest honey producing states of the country. Let’s check the state wise analysis of honey export data 2017. 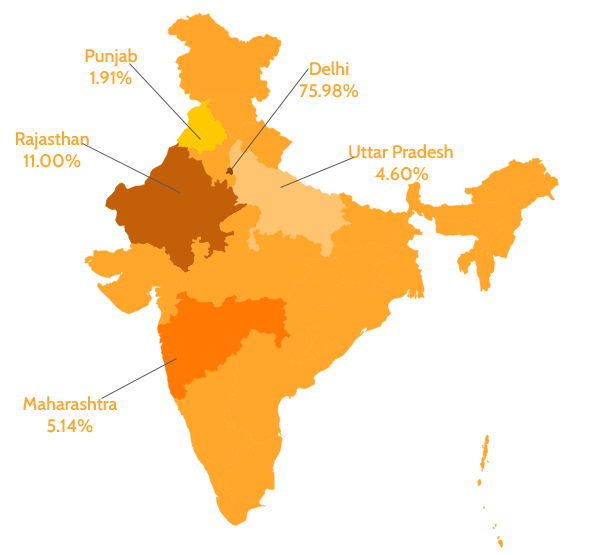 Do you want to buy honey from India? Export Genius will provide you the list of genuine honey suppliers in India including their trading activities. And you can contact them to make your deal.

India has exported natural honey to the more than 65 countries across the world. United States is the biggest market purchasing honey majorly from India and recorded 79.71% of the total value during 2017. The maximum shipments have arrived into the USA from various Indian states like Delhi, Rajasthan and Maharashtra. As per honey export data, it is noted that around 55 honey exporters in India have supplied to United States. Saudi Arabia, United Arab Emirates, Bangladesh and Canada are other largest honey export partners of India. Check their values based on 2017 report. 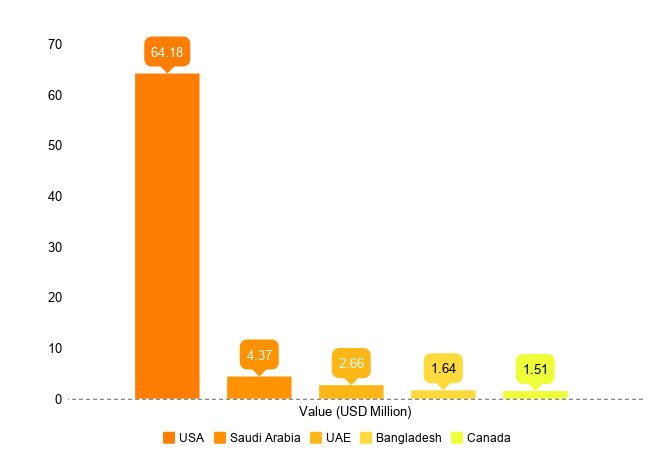 There are around 35 Indian ports departing honey shipments to the global market. Tughlakabad ICD and Startrack Terminal ICD are biggest ports exporting maximum honey shipments to other countries across the world and recorded 56.49% and 26.02% share values respectively in the year 2017. Refer the below table to check the port wise share value of honey export from India in 2017. 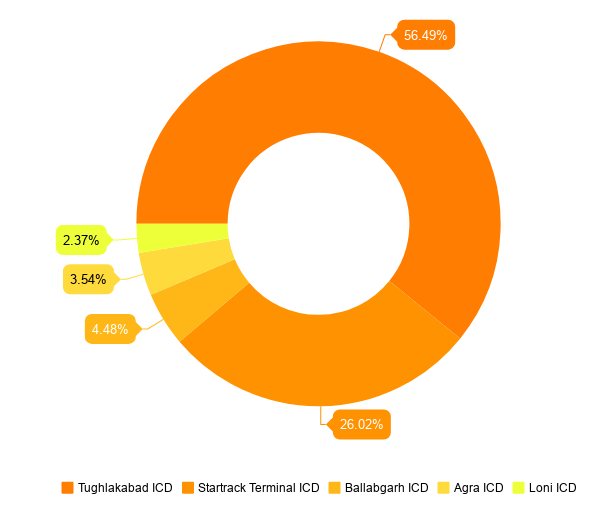 What will You Gain from Honey Export Report?

We have released a report on honey export from India which is analysed on the basis of its various segments. Here, we check out the things that you will gain from our report.

·         Know the target markets of Indian suppliers in global market.

·         Know what rates honey is selling to various countries.

·         Expand your business by analyzing the global trade.

Let’s check the sample of honey export data of India and take a fair idea about the data fields that have covered in our report.