India is the largest exporter of guar gum in the world, followed by Spain and Italy. Guargum is classified under HS Code 130232. Guargum exports from India to the world worth USD 473 million in 2017 and accounted for 53.9% of the total exports. However, India’s guar gum export sales have been declined by 38% of value in last five years. USA, Norway, China, Russia and Germany are India’s largest guargum export destinations as the country is exporting to more than countries around the world. India exports of guargum have improved in 2018 as oil drilling has increased in the USA after crude oil prices shot up in recent months. This product is mainly exported into two categories such as pulverise and refined guar gum.

Guargum export report of India released by Export Genius which covered all the market aspects and based on actual shipment records. Here, we take a comprehensive look at the detailed analysis of guar gum export from India in 2017.

India is a native of guar which is used as a vegetable. It is an extract of the guar bean and acts as a food and water store. It is a rain-fed crop sown in July-August and harvested in October-November. The growing season of guar is 14 to 16 weeks and requires warm weather and moderate rainfall with plenty of sunshine. It is produced from endosperm and consists mainly of monogalactoses with the small amount of fibre and minerals.

India accounts for 90% of the world’s guar produce and of which 72% comes from Rajasthan only. The other main cultivation areas of guargum in India include Gujarat, Haryana, Punjab, Uttar Pradesh, Madhya Pradesh, Tamil Nadu, Maharashtra, Karnataka and Andhra Pradesh. The guar seeds is consumed as per the demand from the petroleum industry. It is also used in food, paper and textile industries.

India exports about 90% of its guar gum production and 90% of the export are used to extract oil and shale gas. It exports various types of guar products to various countries. The country has exported 423,285 MT of guar gum to the world for the worth of INR 3131 crores / 467.9 USD Millions during the year 2016-17. According to APEDA data, India’s guar gum exports raised by 4% on year to 55247 tonnes in the month of May 2018 which recorded highest by volume since March 2017.

India exports guar gum to more than 100 countries around the world. It departs more than half of its guargum shipments to the United States only. According to guargum export data 2017, India shipped worth USD 248.53 million to USA and accounted for 52.3% of total exports. Guargum export sales to the USA have been increased by 16% of value during 2016-17 which were declined by 45% of value between 2013 and 2017.

Norway is the second largest export destination for Indian guargum. The exports worth USD 34.67 million in 2017 which covered 7.3% of the market. The demand for guar gum has been increased by 16% in Norway during 2016-17.

China, Russia and Germany are next in the list of guargum purchasing countries from India. Together they accounted 16.4% value of the total guargum exports. The demand for Indian guar gum has been declined in these three countries from 2013 to 2017. Refer the below to check India’s guargum export statistics 2017. 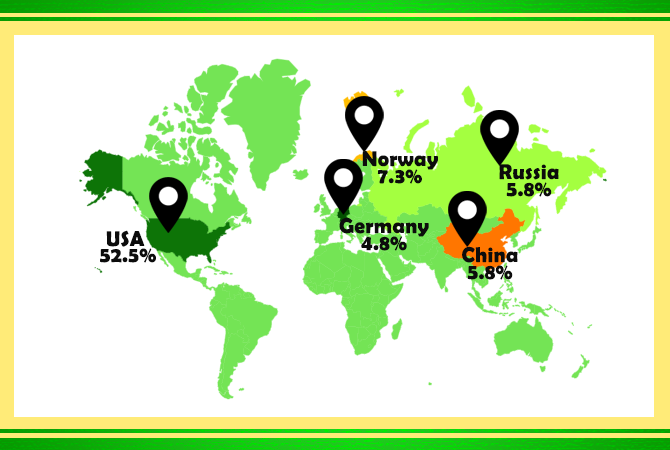 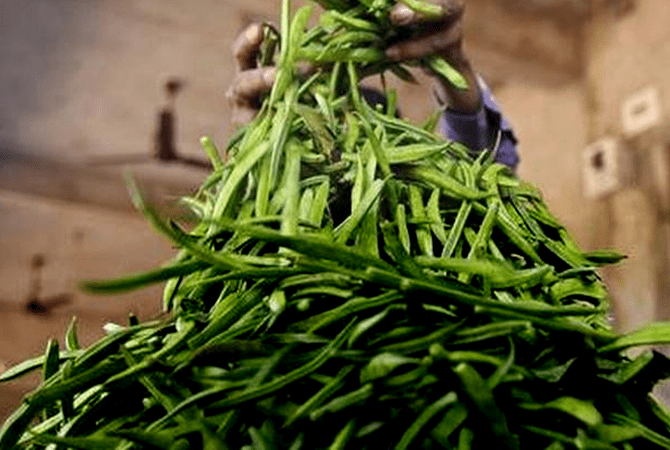 As per the industry reports, guargum is a major export product of India and the country is world’s largest supplier for more than a decade. A large number of traders in India are doing guargum export business and covered maximum countries in the world. Here is the list of some guargum exporters.

Check the complete list of guargum exporting companies with their address along with company profile at guargum exporters in India.

How our research report will help in your business?

Subscribe to guargum export data and get the updates of monthly shipments. Let’s check the sample below and take a fair idea about the major data fields that we cover in our report.

The names and trading details of Indian exporters and foreign buyers will be available on purchase only. Our report is based on market research findings and prepared by our data experts. It is one of the most effective trade tools to take your business at a new height. Check the business benefits from our report as mentioned below.

·         Know the trading details of Indian exporters based on shipment records.

·         Know the export value and quantity traded in different countries.

To buy our market research data and report on guargum exports, email at info@exportgenius.in