India is popular for its diversified culture, language, religion and festivals. Indians mostly buy gold on the occasion of Hindu marriage and annual Hindu & Jain holy festivals such as Akshaya Tritiya, Navratri, Dussehra, Dhanteras, and Balipratipada and so on. The demand of gold in India has always been on the rise since past years. To meet the consumption, India imports gold from other countries. As per gold import data of India, released by Export Genius, the country imported gold worth USD 9321942070 during Jan-Mar 2017. It imported 274534 kilograms of gold in this period. Let’s have a complete analysis below. 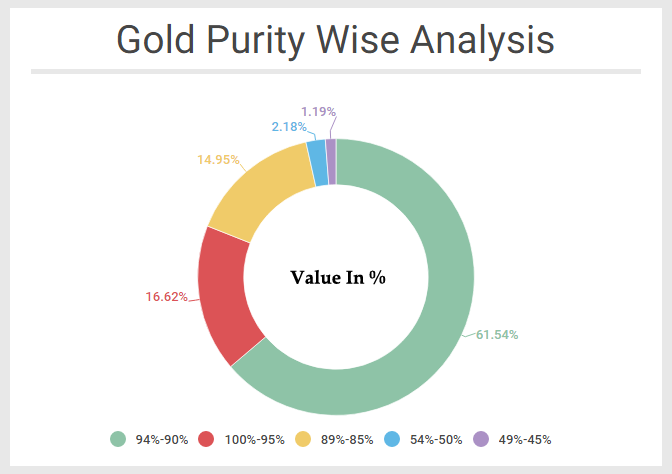 From Delhi Air (INDEL4), India did maximum import business of gold in first quarter of 2017. Total 241812 kilograms of gold was arrived on this port from different parts of the world. Ahemdabad Air and Chennai Air stood as the 2nd and 3rd largest Indian ports on which shipments of gold arrived during Jan-Mar 2017. 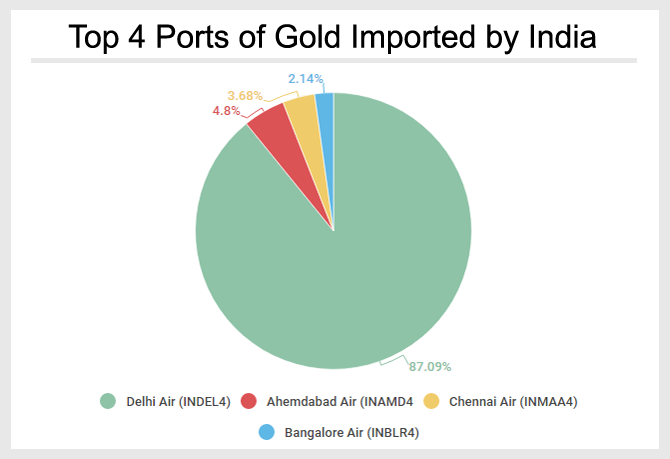 Ghana was the largest exporter country, which supplied gold worth USD 4332316969 to India. According to a report on gold dore bars in India, the country also imported gold from other countries as well including Peru, Bolivia and Switzerland. Look at the chart and table to get trade figures of five largest exporter countries of gold imported by India. 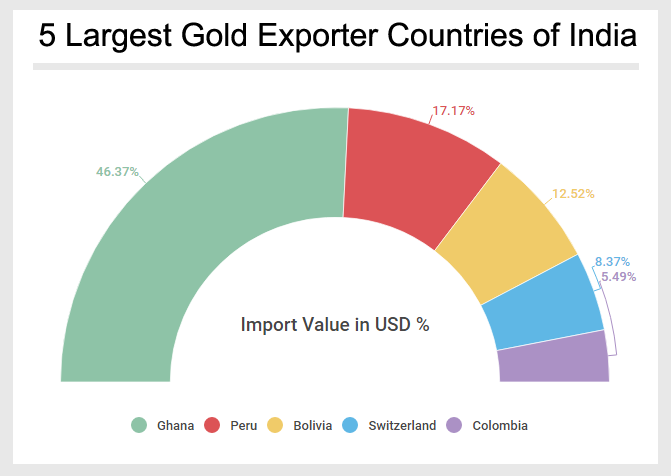 New Delhi stood as the largest Indian state, which imported gold the most during Jan-Mar 2017. It was followed by Gujarat, Maharashtra and Uttarakhand. If we see gold import data, the share in value of these four states stood at 90.78% in Q1 of 2017. For more data, follow up the chart and table below. 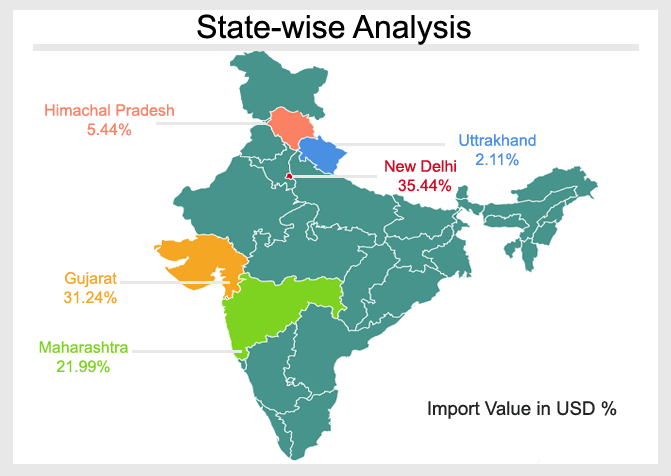 For reference, here are few Indian importers of gold.

In order to clamp down smuggling and make gold available for small and mediums firms, Niti Aaayog, government of India is planning to reduce import duty on gold. Get more information on gold trade and analyse gold import data of India right hereSaveSaveSaveSaveSaveSaveSaveSave