Global Trade and New Year Holidays – Considerations for Your Business

New Year Holiday Season is a time when people enjoy the occasions, but at the same time, import-export businesses get affected, if they do not have planned early. Companies who have import or export goods ahead before holidays would not be affected that much and continue with their business in local market. However, companies who haven’t stock up their inventory, their business could be affected during New Year holidays.

Get a clear picture of global imports and exports during and New Year holidays from data available at Export Genius. Let’s see imports and exports by country recorded in the world during last year holiday season of New Year. Also, analyze some key considerations for your business during this festive season.

Based on global trade data, the top importer country in the world, the United States of America imported goods worth USD 676.4 billion in Q4 of 2018 and USD 638.1 billion in Q4 of 2019. Here is a list of top 10 import countries with dollar amount recorded in Q4 of last two years. 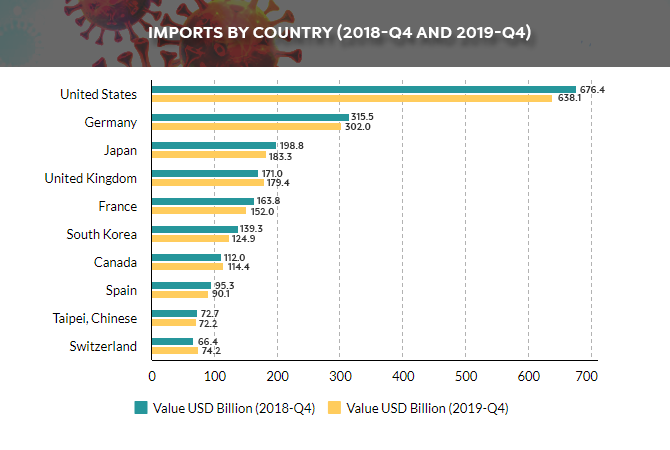 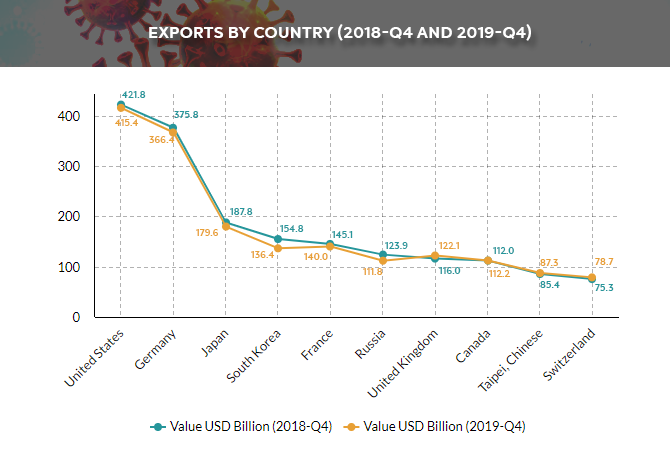 >> Search Live Data by Country or HS Code or Product Description and Get Latest Trade Statistics! 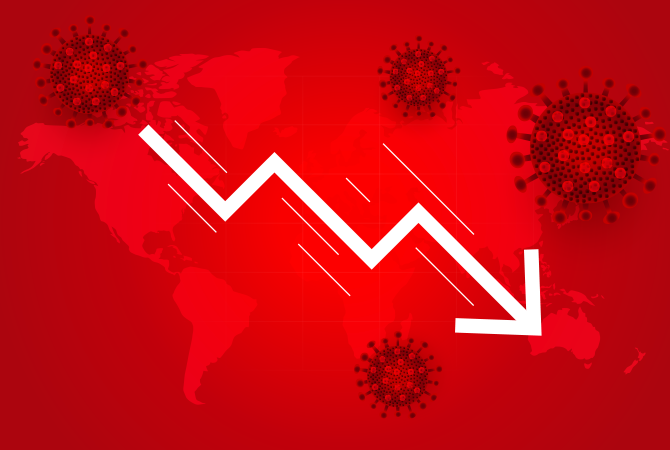 Don’t be alarmed if you could not contact your suppliers during holiday season as many companies give time off to travel to their employees. As a result, production of goods may get delayed at the time of New Year holidays.

The majority of the workforce would take an extended break during New Year holiday season. So, factories won’t be operating at full capacity due to shortage of staff. As a result, there would be reduction in quality of goods importing or exporting across international borders.

The import-export business impact of New Year holidays is not limited to production facilities. Service industries too are affected and that means Customs and local logistics providers. Even international freight forwarding companies will also experience disruption.

As production slows down during holidays, sea freight carriers usually reduce capacity with blank sailings and port omissions, therefore space on vessels can become tight. It can also be difficult to source local transport as drivers take time off and travel home in time for the celebrations.

Road Transportation to and from Ports

If you haven’t got your shipment to a port before holidays, there is a risk that it might not move until after the holidays. While some road transport companies would operate during this time, they would have fewer resources than usual. Even if you could get your consignment transported in the final run up to the holidays, you should expect the freight rate to be considerably higher than usual.

In conclusion, international trade during the holiday season of and New Year is an important part to a lot of businesses. Companies who are well prepared are less affected and others who are not feel the real pain. Market intelligence data and report helps in getting and analyzing the real picture of global import export market during and New Year holidays.