Global aluminium market – Russia could see a decline in exports 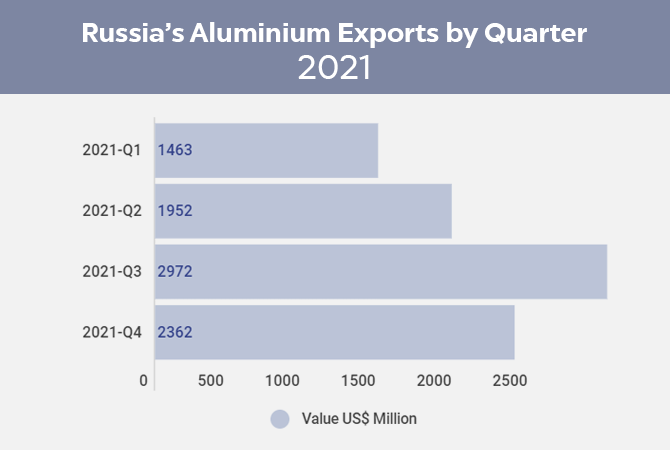 Globally, aluminium exports stood at about US$165 billion in 2021, in which Germany had the largest share. Other major exporters of aluminium are the United States, Canada, Russia, and Malaysia. Below given chart shows the dollar amount of these countries. 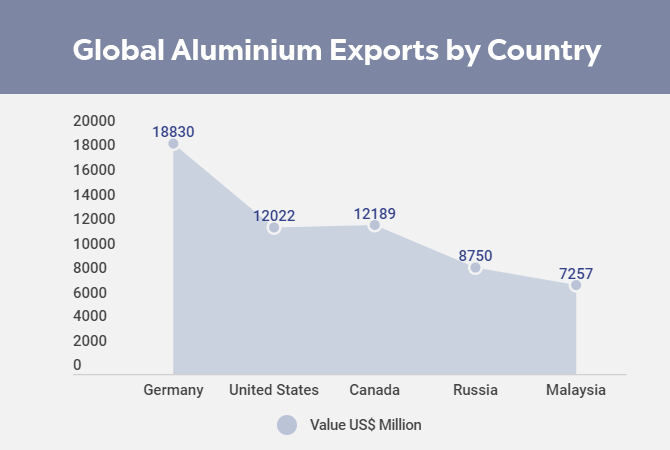 According to global trade data, countries imported aluminium about worth US$163 billion in 2021. Major importer countries of aluminium last year were the United States, Germany, Japan, South Korea, and France. Below given chart shows the dollar amount of these countries. 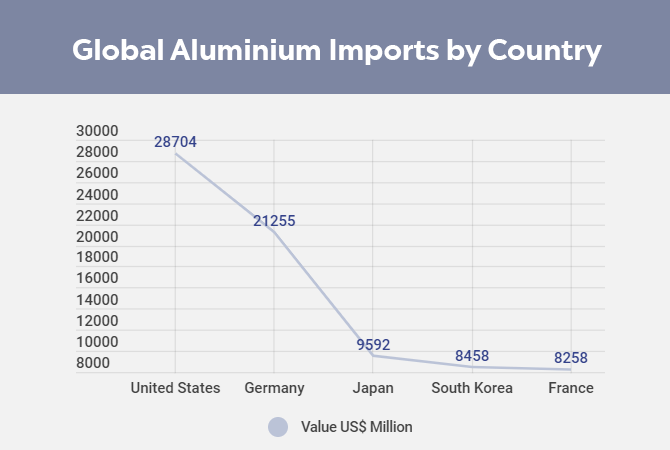 Financial and logistics sanctions imposed on Russia amid its invasion of Ukraine could damage supply chains, leading to local metal shortages in European countries and the U.S. and higher aluminium prices. Russia may lose its share in global aluminium exports due to possible secondary sanctions on countries that will continue importing from the country. Competitors like Canada are likely to attempt to drive out Russia from the market.