Which is the biggest banana in the world? The world’s largest banana is Musa Ingens, which is grown in Papua New Guinea and Indonesia. The size of this banana variety can go up to 10 cm thick and 15 m long. Banana is the world’s favourite fruit and the 4th most important food crop after rice, wheat and maize. India is the largest producer of bananas in the world with 28% share of world production. Top 5 banana producing countries are – India, Brazil, Ecuador, China and the Philippines. Among top banana exporting countries, India is the 20th biggest exporter of bananas globally due to the fact that the country also consumes bananas in greater quantity. Let’s just have a wider outlook at India’s export market of banana by analysing Export Genius report on banana export from India during 2017.

Banana is an important fruit crop of many tropical and subtropical regions in India. It is cultivated in an area of 830.5 thousand hectares. The country’s total production of bananas is around 29,779.91 thousand tons. Tamil Nadu, Maharashtra, Gujarat, Andhra Pradesh and Karnataka are the biggest producing Indian states of bananas, among which Maharashtra stood as the largest banana exporting state with 96.91% share in value. Maharashtra supplied bananas worth USD 47202673 to the countries, especially Middle East in 2017.

Bananas, which come under HS Code 0803, are grown in the following varieties:

Grand Naine: This most accepted international variety of banana produces a bunch weighing 25 kg and may go up to 32-35 kg with 8-10 hands with 200-220 fruits/bunch.

Robusta: It has black brown blotches on the stem. Bunches weigh around 20 kg having 8-10 hands/bunch. The length is 15-20 cm and girth is 12 cm with thick fruit skin.

Dwarf Cavendish: The plant is dwarf with large bunches weighing about 20 kg. It’s compactly arranged 8-10 hands and length is 13-14 cm and girth is 8-10 cm.

Nendran: The plant of this banana variety has bunch of 5-6 hands weighing about 6-12 kg.

Monthly Values of Banana Exports from India during 2017

India’s exports of banana amounted to USD 48 million in 2017, which declined from 2016’s 60 million. According to India export data of banana, the country supplied bananas maximum in May month during 2017. Let’s have month-wise analysis of Indian export market of banana with India export statistics of banana recorded in 2017. 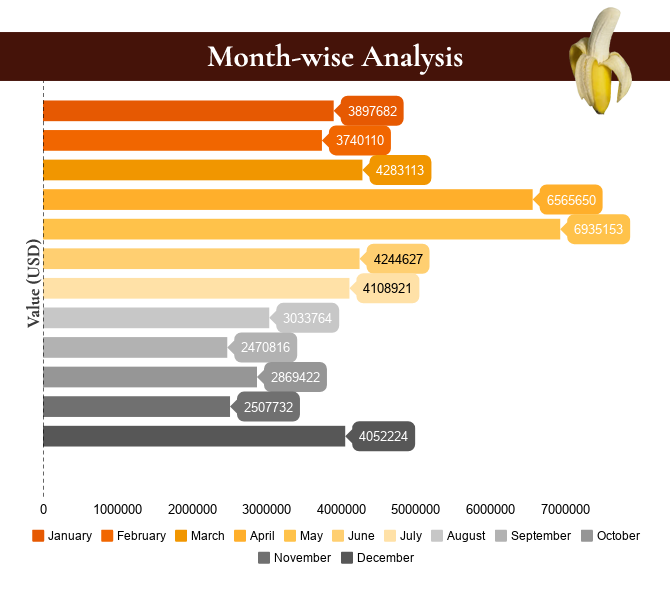 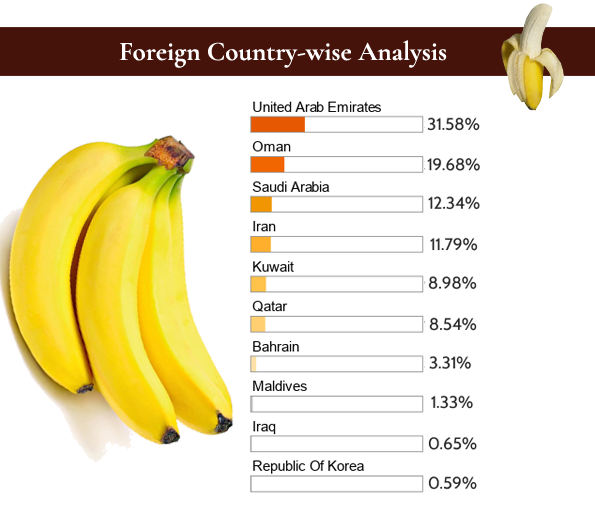 How Bananas are Shipped to the Middle East? Let’s understand from the chart given below. 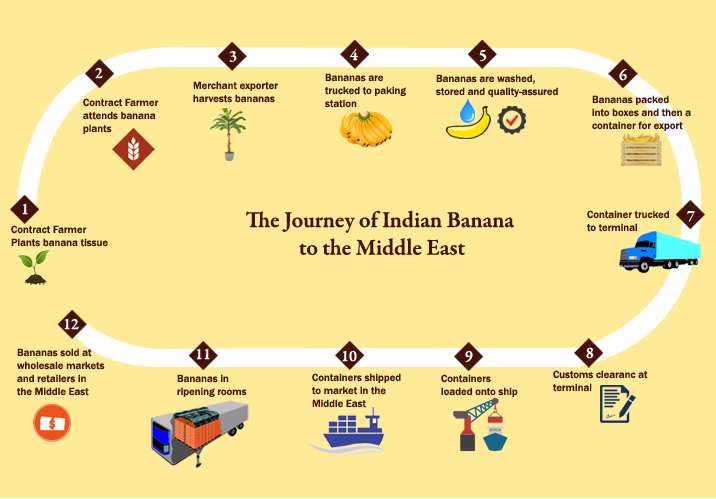 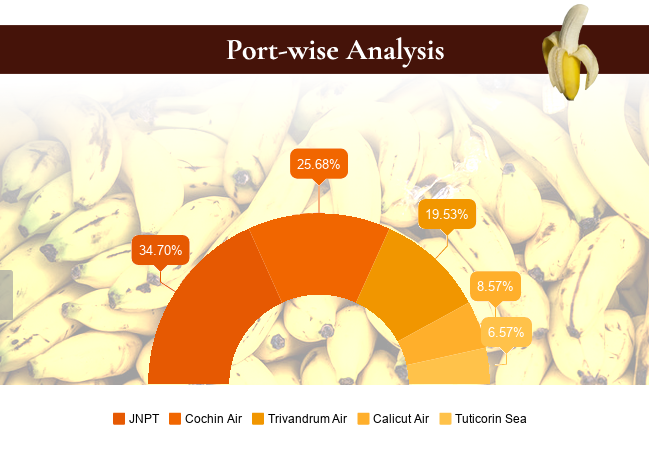 So, want to know who is the largest competitor of your Indian banana export business? Or wish to import bananas from India and looking for trustworthy banana suppliers in India? Just check out Export Genius genuine report on banana exports from India 2017. It provides you a list of largest banana exporters in Maharashtra, Karnataka or any other Indian state. Few fresh banana exporters of India are mentioned below.

Among banana sellers in India, Fair Export India Pvt. Ltd. is leading exporter of bananas in India. How much banana export business did by banana export company India in 2017? Let’s find out from 2017 statistics of 5 largest Indian suppliers of banana.

If you want to buy banana export data of India, look at the given below sample first.