India is one of the largest egg producing countries and 17th largest egg exporter country in the world. Poultry is one of the fastest growing sector of the agriculture in India. The production of eggs has been rising at the rate of 8% per annum. Different types of Birds’ eggs in shell, fresh, preserved or cooked are mainly classified under HS Code 0407. India egg exports value stood at USD 33.03 million in the year 2017.

Table egg and hatching eggs are India’s most exported types of eggs to other countries. India exports three-fourth of the eggs to Oman only as it is biggest egg export market for India. The maximum egg shipments of India are departing from Tuticorin Sea. In this article, we are discussing the analytical report of egg export from India which is analysed on the basis of HS Code, types, exporting states, exporters and Indian ports.

Fresh eggs of fowl species which comes under HS Code 04072100 and recorded 66.85% value of the total egg exports from India. As per the egg export statistics, here is the list of different HS Codes of eggs exported by Indian traders in the year 2017.

Types of Eggs Exported from India

India Exports seven types of eggs to the world which are Table Eggs, Hatching Eggs, White Shell Egg, Fresh Egg, SPF Egg, Duck Egg and Quail Egg. India exports of table eggs and hatching eggs stood at 35.09% and 31.53% of the total egg exports which was USD 11.59 million and USD 10.41 million respectively in the year 2017. Check the following table to know the share value of different types of eggs exported from India in the said year. 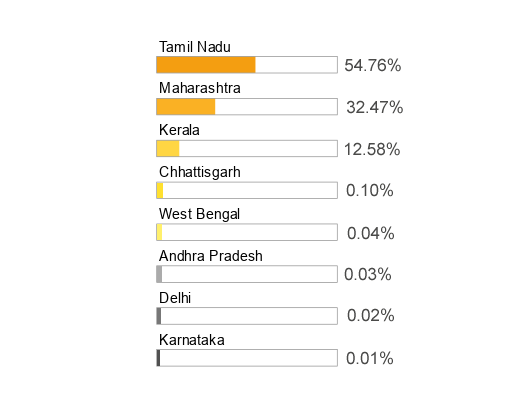 According to egg export data, there are around 50 egg suppliers in India. Uttara Impex Pvt Ltd is the largest egg supplier in India which recorded 28% value of total egg exports from India. Here are the names of some egg exporters in India.

India has exported different types of eggs to 24 countries across the world. Oman, Maldives, Kuwait, Qatar, Bahrain, Comoros, Iraq and Iran are the main egg exports destinations of India. India egg exports to Oman worth USD 24.12 million which represented 73.02% of the total exports during 2017. Maldives is the second largest egg export partner of India and 15.30% value of egg shipments (USD 5.05 million) arrived in Maldives in the year 2017. Let’s the values of top five Indian egg export partners. 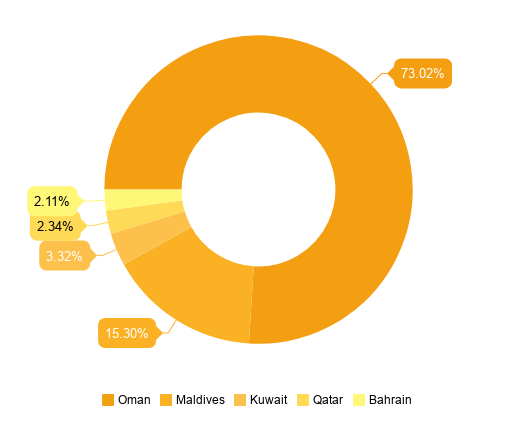 The egg shipments are departing to the global market from nine ports of India. Tuticorin Sea is the biggest Indian port which departed 65.34% of the total eggs. It is followed by Sahar Air Cargo recorded 24.82% value of the egg shipments. Bangalore Air, Hyderabad Air and Kattupalli Port Sea are other biggest egg exporter ports. Refer the below table to check the top five Indian ports of egg exports and their share value recorded in the year 2017. 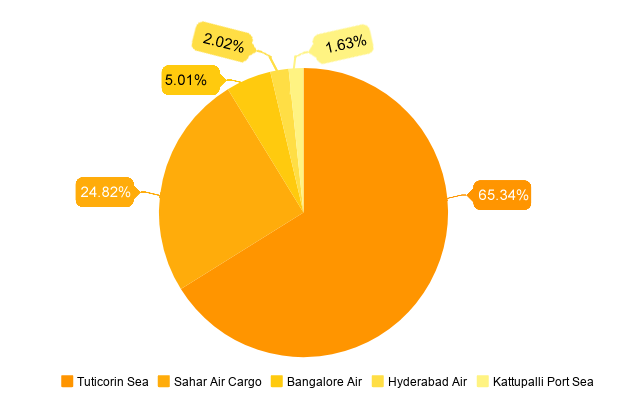 If you are in egg export supply chain, you must be aware of obligations under export legislation and specific importing country requirements. Here is the sample of egg export data of India including the major data fields that are covered in trade report.

The more details like importer-exporter name and address, loading-unloading ports, shipment date with complete shipment details will be available to you after purchase only. Subscribe for egg export report of India and take a look at highlights that you will gain from our report.

·         Which are the biggest Indian states exporting eggs?

Want to export different types of egg to other countries? Get the list of egg buyers in foreign countries and make the right business partner to expand your business. Also get the import export data of your product of any particular country.