India’s exports of fresh drumsticks increased slightly in 2016 and settled at USD 110770000. The country recorded USD 101401000 export value of drumstick in the previous year. Since 2013, drumstick export from India has been on the rise. Drumstick in India is largely grown in southern states and it is exported mostly to the Arab countries. Over the past years, drumstick is being used to prepare Ayurvedic medicines due to its nutritional value. So, let’s have drumstick market outlook with India Export Samples of Drumstick.

Drumstick comes under fresh or chilled vegetables and chapter 07. It is categorized into three HS Codes namely 07099920, 07099990 and 07099910. In 2016, India exported drumstick under HS Code 07099920 the most, which was followed by other two HS Codes. The India export statistics of these three HS Codes of drumsticks are given below. 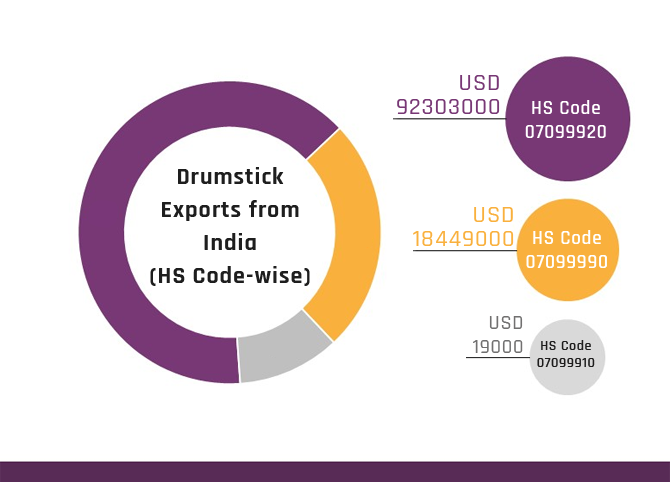 India exported drumstick mostly to the United Arab Emirates in year 2016. According to a report on drumstick export data of India, the country supplied the product largely to the Arab countries. If we see top 5 drumstick importing countries from India, 4 of them are Arab countries. After UAE, India exports of drumsticks were highest to Qatar, United Kingdom, Saudi Arabia and Kuwait. After GST implementation in India, customs duty rates have been changed. Find the correct Customs Duty on Drumstick now. For India trade statistics of drumstick, look at the chart and table below. 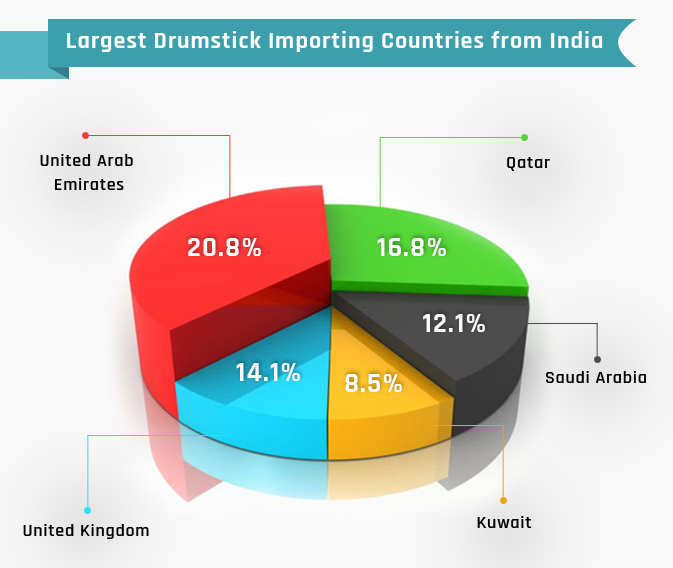 Want to import drumstick from India? If so, then finding trusted drumstick suppliers in India is must in order to overtake business challenges. For reference, few drumstick exporters in India are listed below.

How to export drumstick from India? Well, it depends on complete knowledge of various factors including target foreign country to which drumstick is to be exported, export customs procedures, finding of active international buyers of drumstick and so on. Reliable market research companies like Export Genius play an important role in providing complete Indian market outlook of drumstick. It provides authentic drumstick export data of India with correct & complete shipment records.

What India export data of drumstick delivers? Check out below.

1.    Check drumstick price in the Indian and foreign market.

3.    Compare the current drumstick market trends from the previous months or years.

4.    Locate target country, which imports drumstick the most from India.

5.    Monitor drumstick shipments of competitors to beat them in the market.

There are lot more benefits of drumstick export data of India that can be helpful for any sized business to trade the product into potential market. So, export of drumstick from India is largely depended on understanding of the market. And it is possible by relying on trusted market research source like Export Genius. We provide import export data of 60+ countries.