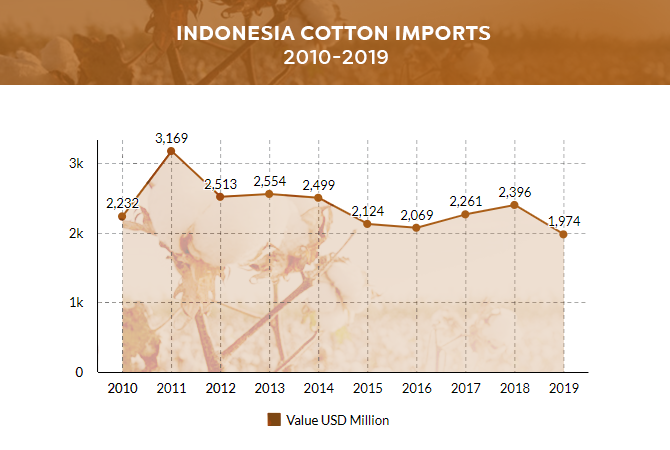 Which Countries Exported Cotton to Indonesia in 2019? 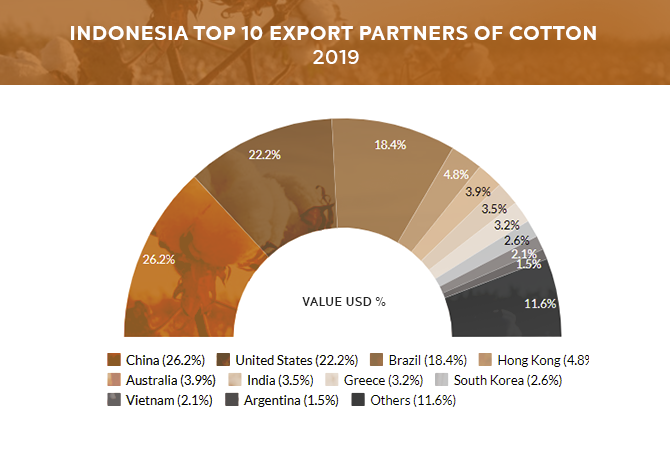 Cotton is a natural plant fiber which grows around the seed of the cotton plant. Fibers are used in the textile industry, where they are the starting point of the production chain. First, the cotton fiber is obtained from the cotton plant and then spun into yarn. From there, the cotton yarn is woven or knitted into fabric. Indonesia was 5th largest import country of cotton in 2019. Get Indonesia import data of cotton with shipping details right here.