Reports from the Indian newspapers are showing that government is now more focused on reduction of imported coal dependency. If we see coal import data of India during January and March 2017, India’s total coal imports in value stood at USD 3430053411. The percentage value of coal in Feb declined to 28.02% from Jan’s 34.35%, but it rose to 37.62% in March 2017. Let’s analyse the India coal import report of Jan to Mar 2017 on the basis of - HS Code, Type, Category, Indian Importer of Coal, Foreign Country, Indian Port and State.

India imported coal products under HS Code 27011910 the most between Jan and Mar 2017. Its percentage in value recorded 48.59%. And maximum quantity of coal was imported by the country of HS Code 27011920 with 63.40%. Know the 3 largest HS Codes of coal imported by India both value-wise and quantity-wise below: 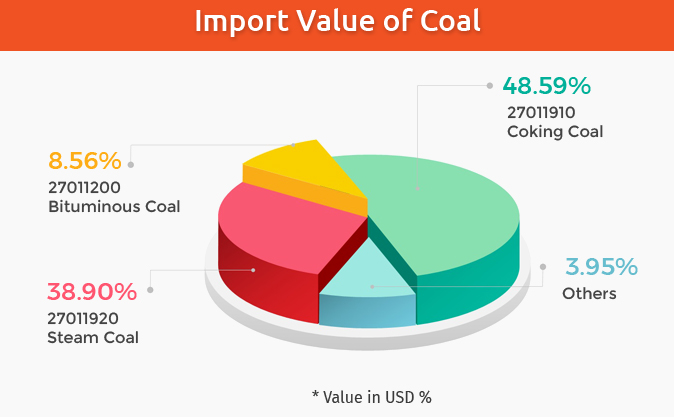 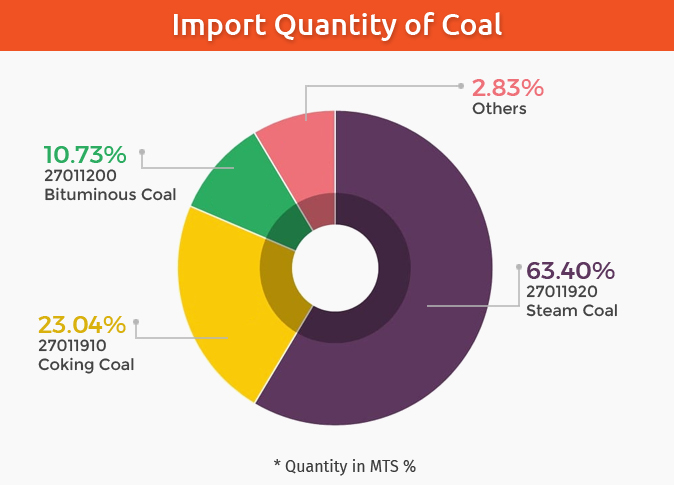 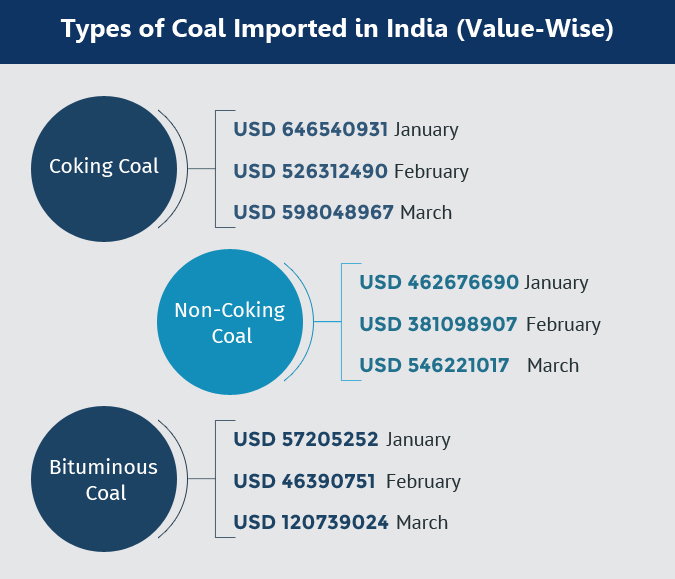 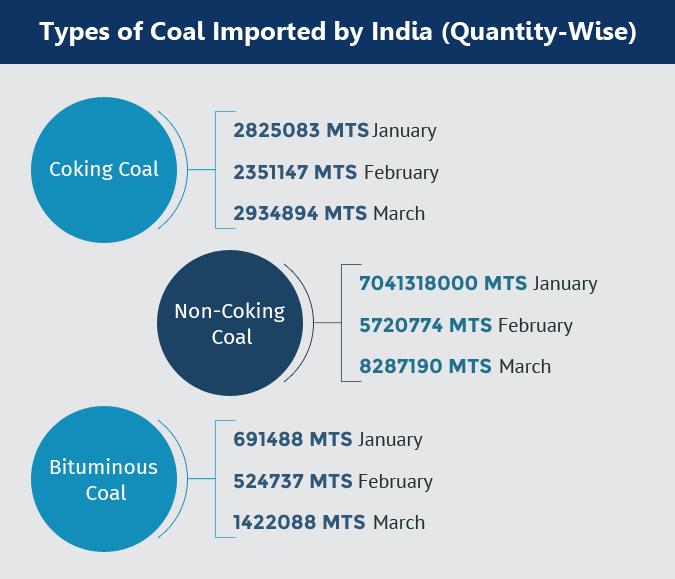 According to a report on coal import data India, the country imported steam coal the most during Jan to Mar 2017. Its total value in USD and total quantity in MTS stood at 1516433036 and 22621762 respectively. And quantity in percentage of steal coal recorded around 70% in all three months.

Steel Authority of India Ltd registered maximum import value of coal between Jan-Mar 2017. It was followed by JSW Steel Ltd and Rashtriya ISPAT Nigam Ltd. Find some coal importers in India with trade statistics recorded in Q1 of 2017 below:

India coal import statistics of Jan to Mar 2017 shows that the country largely imported coal from Australia during this period. Its total value recorded USD 1590696077. And in terms of quantity, Indonesia was the largest exporter country, which supplied 14977230 MTS of coal to India. 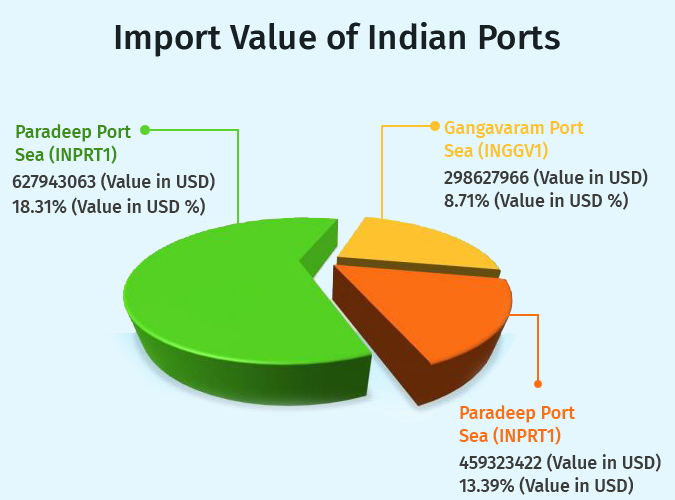 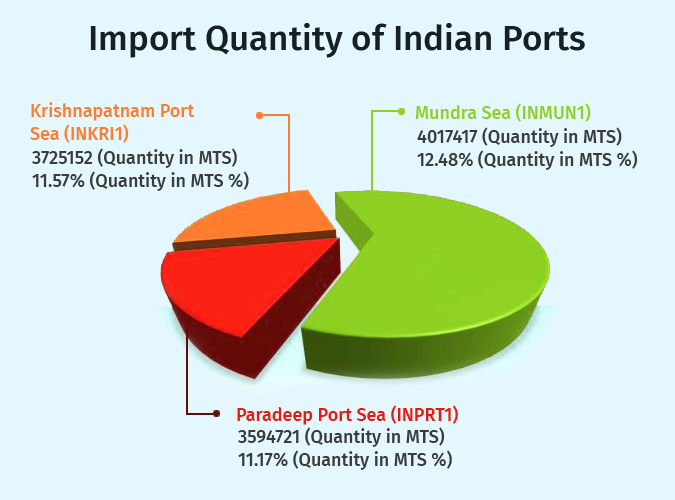 As per a report of coal import in India, Maharashtra with 29.29% share in value stood as the largest state, which received maximum coal volumes from January to March 2017. New Delhi and Andhra Pradesh stood at 2nd and 3rd positions with 23.95% and 10.90% share in value respectively. Look for more details below:

So, we can say after looking these India coal import statistics that the country is now putting extra efforts on increasing domestic production of coal for meeting the demand of coal internally and becoming self-sufficient country in coal production. The government is focused on expediting environment & forest clearances and land acquisition. And it is establishing a better coordination with ministry of railways for movement of coal.