Coal Exports from Indonesia in 2019 – Indonesia Export Data of Coal

Indonesia is one of the world’s largest producers and exporters of coal. In 2019, Indonesia stood as 2nd biggest coal exporter, which shipped 374,935,870 tons of coal valued USD 18,866 million. There are numerous smaller pockets of coal reserves on the islands of Sumatra, Kalimantan, Java, Papua and Sulawesi but the three largest regions of Indonesian coal resources are as follows: East Kalimantan, South Kalimantan and South Sumatra. According to Indonesia export data of coal, Indonesia exported coal the most to India in 2019, which shared 25.5% to total exports. Have an overall outlook on Indonesian export market of coal with Indonesia trade statistics. 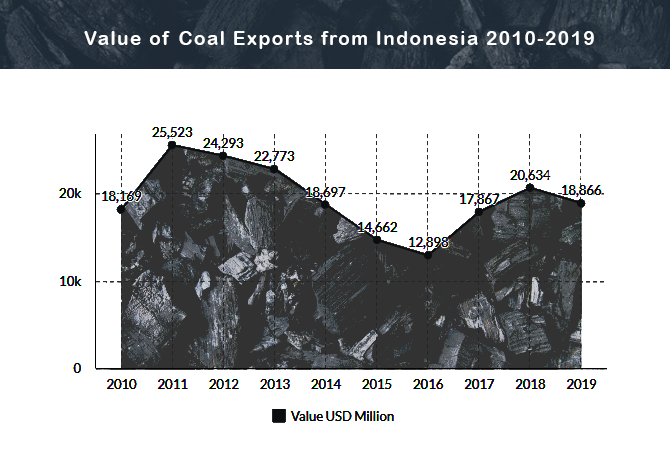 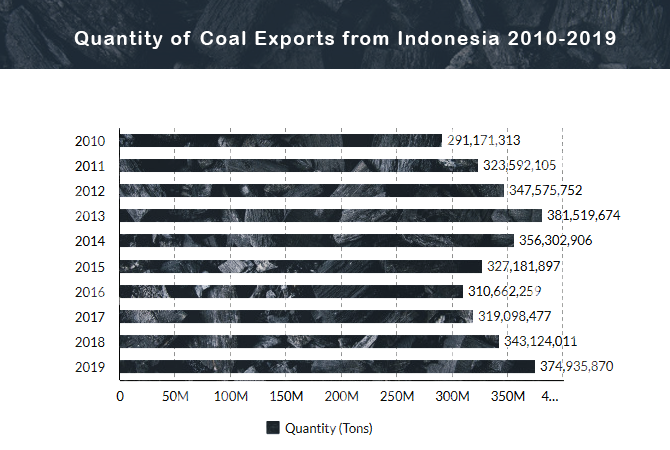 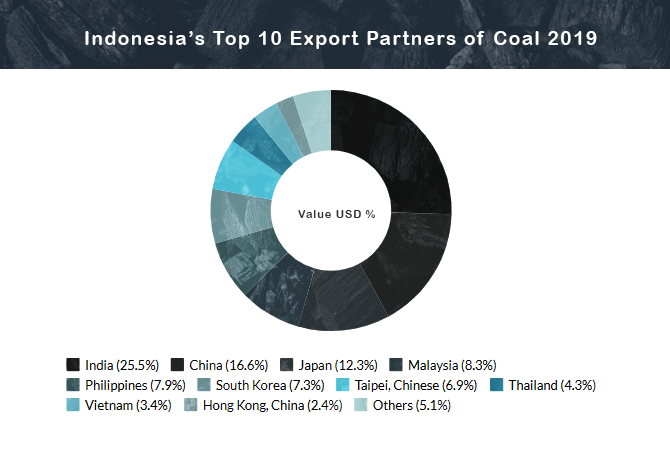 Global sales from coal exports by country totaled USD 118.5 billion in 2019, increased by an average 50.9% for all exporting countries since 2015, but a -6.8% drop from 2018 to 2019. According to global trade data, Indonesia stood at 2nd position in terms of global coal exports in 2019. Indonesia shared 18.2% value to total coal exports in the said year. The world’s top 10 export countries of coal accounted 96.6% to overall value of shipments. 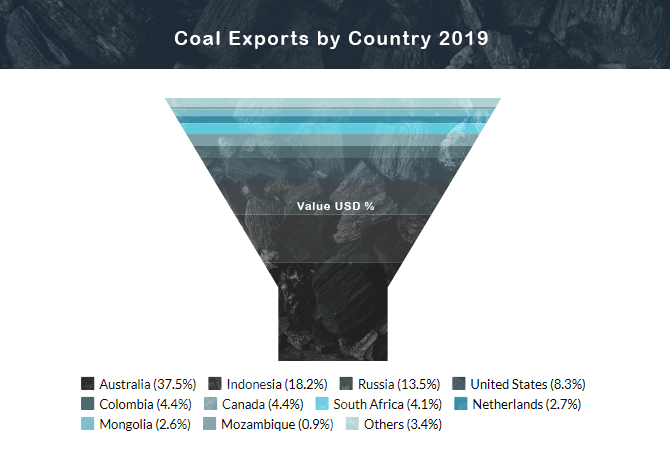