After putting trade war on hold, China is all set to import more natural gas from the United States of America. According to market research experts, the country’s natural gas imports, which currently account for more than 30% of domestic consumption, will continue to increase and boost Sino-U.S. energy trade. Natural gas, which comes under HS Code 27111100, is one of the largest traded products between China and the US. In 2017, China’s imports of natural gas from the US valued at USD 636 million. And China gas imports from global countries valued at USD 14743 million in the said year. Let’s have an overall view of China natural gas imports from the US and other countries.

China, world’s largest energy consumer, was the world’s 6th biggest gas producer in 2016. However, consumption of natural gas is also rising rapidly, which climbed about 15% in 2017. According to U.S. Energy Information Administration, China holds the largest reserves of shale natural gas around the globe. In addition to this, the country is also among the top 10 holders of proven natural gas reserves. China has 3 biggest gas basins namely –

All these basins together contribute 90% of the country’s total output of natural gas. However, each one of them is beset with technological or geological difficulties. China’s state-owned PetroChina boosted the production of natural gas at the Ordos’ Changqing field to 36.9 bcm last year but only after drilling more than 2,000 new wells.

As per Export Genius report, China’s natural gas production is rising rapidly but that will not enough to meet the demand for the fuel, which has been unleashed through a government program to increase gas usage in order to clean the country’ polluted air. Gas output in China increased to a record 147.4 billion cubic meters in 2017, up 8.5% from 2016. Business intelligence experts have forecast gas production into the country to climb and settle between 6% and 8% per year through 2020.

We provide research-based reports on not only international trade of natural gas between China and the US, but also other countries as well. In our both side China import data, we give customs-based information including Chinese importer details of natural gas, foreign supplier details, HS Code, product description, value, quantity, port, origin country, etc. Our report helps importers, exporters, logistics companies, banks and market research agencies, etc. for various business purposes.

In order to combat air pollution, China is taking effective measures like it is going with a policy to replace polluting coal with clean natural gas. This has increased the demand of natural gas in the Chinese market. It is all set to attract more energy leaders worldwide to meet the demand. And a more diversified and flexible natural gas import channel will also help ensure national energy security. Natural gas import data of China shows that China’s imports of LNG increased from the previous year. Here are import values of natural gas that China recorded in the last 5 years. 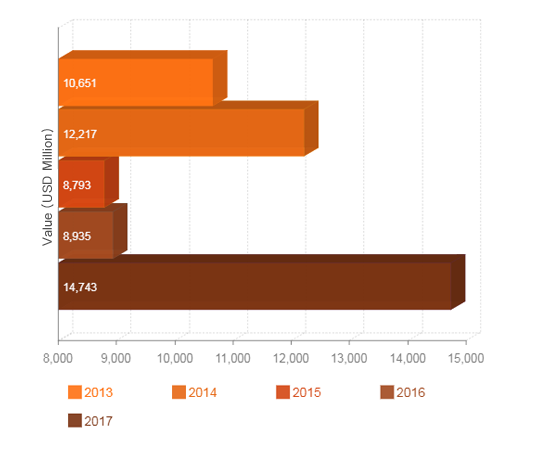 China’s Natural Gas Imports from US in Last 3 Years 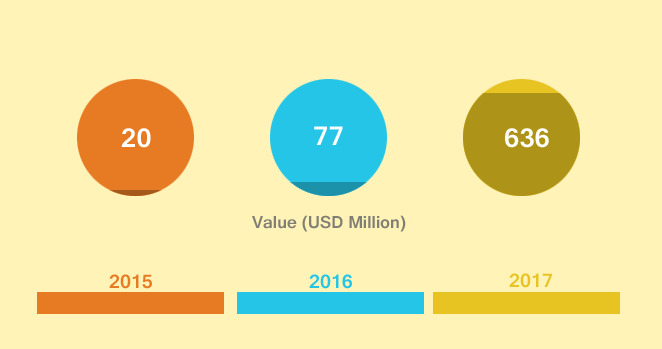 As per Export Genius report, Australia is the largest exporter of natural gas to China, which accounted half of total imports in 2017. Qatar, the world’s leading LNG supplier stood at 2nd place, which accounted 20% of the total imports of natural gas. Malaysia, Indonesia and Papua New Guinea were other three countries among the top 5 LNG exporters to China. Let’s have a look at the chart and table below for China natural gas imports by country with China import statistics of LNG recorded in 2017. 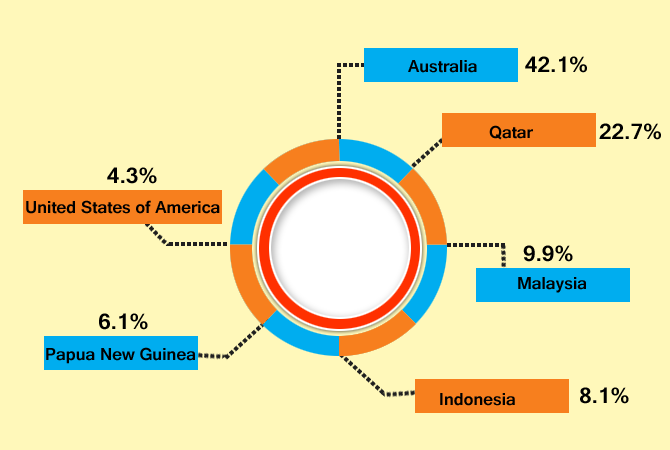 If China and the US can deepen cooperation in the fields of energy investment and trade, it would be a win-win for both nations, which play complementary roles as producers and suppliers of oil and gas.