Chile has imported 23 brands of cell phone during Q1 of 2017. Samsung is the most selling brand of mobile phone in the Chile country. As Samsung has maintained its leadership in the mobile industry. A total of 942396 pieces of Samsung cell phone has been imported in Chile during the first quarter of year 2017. It is followed by Huawei, Alcatel and LG brands with the quantity of 236830 pieces, 217304 pieces and 213494 pieces respectively. Go through the following table to check the quantity of mobile phone import in Chile country. 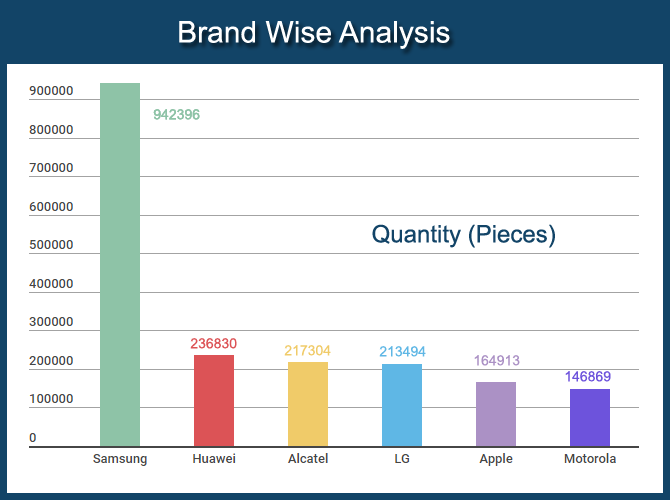 In the case of highest value imported, Samsung recorded USD 138 Million import value in Q1 2017. Apple registered second highest import value than other brands due to its high cost of mobile phones.

As per Mobile phone import report of Chile, it is not identified which is the most imported cell phone model in Chile from January to March 2017. We can say that it is unknown category of cell phones which have registered USD 214.21 Million import value in Chile. However, as per the report of Export Genius, Iphone 7, Iphone 7 plus and Iphone 6 are next in the list of highest value registered from mobile phone import. Here is the table of the quantity of top cell phone model imported in Chile. 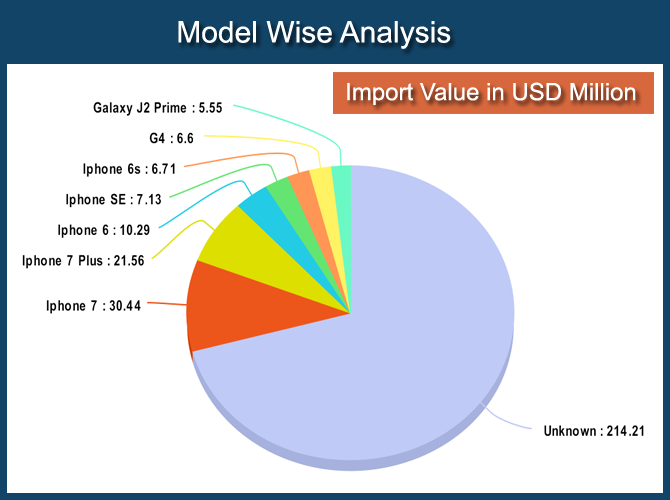 As we mentioned above, the category of highest cell phone model imported in Chile is not identified. As per the report, a total of 1573964 pieces of mobile phones has been imported under this category. It is followed by Galaxy J2 Prime, Iphone 7 and Galaxy J1 Ace models with quantity of 61231 pieces, 56642 pieces and 37250 pieces respectively.

China is the largest mobile phone exporter of Chile. During Q1 of 2017, Chile has imported cell phones from China in a value of USD 268.66 Million which is nearly 80% of the total’s output. It is followed by Vietnam with mobile phone import value of USD 65.28 Million. Chile has imported more than 17 brands of cell phone from China in Q1 of 2017 such as Alcatel, Apple, Asus, Blackberry, BLU etc. A total of 1624921 pieces of mobile phone has been imported in Chile from China. You can refer the below table to check exporter country wise analysis with their export value during first quarter of the year 2017. 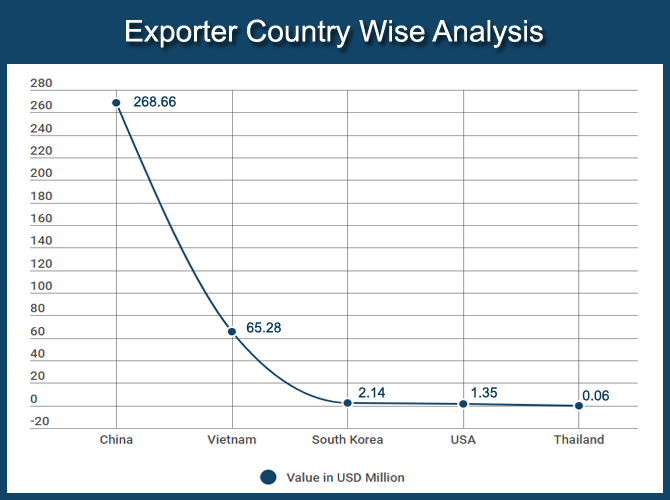 Here are the few questions that arises apart from this article or that you want to get information of mobile import data of Chile in detailed.

·         How many countries are exporting cell phones in Chile?

·         Name of the Importer companies with their shipment details.

·         What is the detailed analysis of unknown category of imported cell phone model?